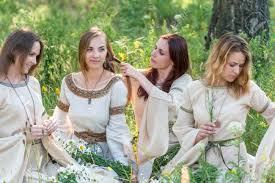 Russia is known as one of the most intriguing country, with values that are simply not found or considered strange in other Western countries or even fellow European countries. With a population of women that outnumbers men by nearly 11 million, along with a high mortality rate of men due to alcoholism among other things; it is easy to find many interesting facts pertaining to this country. Here, 5 facts about women from this highly unique country will be presented.

During the Great Patriotic War, a war fought to resist the advances of Nazi Germany, 90 Russian women received the title of “Hero of The Soviet Union”, a prestigious and most distinguished military title during its time, with half of the women receiving the award after their deaths. Among its recipients was Zoya Kosmodemyanskaya, one of the most revered heroes of Soviet Union due to her display of bravery during her capture. Before she was executed by the Germans, she roused the people’s spirits using her words:

“Hey, comrades! Why are you looking so sad? Be brave, fight, beat the Germans, burn, trample them! I’m not afraid to die, comrades. It is happiness to die for one’s people!” and to the Germans, “You hang me now, but I’m not alone. There are two hundred million of us. You can’t hang us all. They will avenge me.”

Defiant to the end, she received the honor of “Hero of The Soviet Union” in February 1942, three months after her execution.

The other recipient of this medal was the famous sniper Lyudmila Pavlichenko, the first Russian to have the honor of visiting the White House and one of the most successful snipers of all time with over 300 recorded kills. She received the award in 1943, after she retired from combat due to a wound from mortar fire.

Sofia Kovalevskaya, also known as Sophie Kowalevsky or Sonya, lived at a time where Russia was still extremely highly patriarchal, and she was rejected from several universities before she was allowed to audit classes through great effort. She learned mathematics and physics from famous professors such as Hermann von Helmholts and Gustav Kirchoff (known for the Kirchoff laws). Several months later, she moved to Berlin, but yet again she was not allowed to take classes, so she took private lessons under the tutelage of Karl Weierstrass.

In 1874, she earned her doctorate in mathematics after she solved three papers pertaining to the rings of Saturn, elliptic integrals, and partial differential equations with the help of Weierstrass. As she received her doctorate by bypassing the usual required lectures and examinations, she became the first woman to attain the title. The paper became the Cauchy-Kovalevskaya theorem later on, and she would go on to give contributions to analysis, mechanics, and become the pioneer of women in mathematics around the world.

She would later have an award named after her, the Sofia Kovalevskaya Award, given bi-annually to promising young researchers.

In Russia, women evaluate men by the gifts they give. This might sound strange, especially to foreign people, but this way of evaluation came into being as the gifts boost the women’s self-esteem, and therefore helps the woman to gauge the value of the relationship and see how much the man is interested in her. The man might have traveled thousands of miles to meet the girl, but without gifts even as simple as flowers with odd number of petals (in Russia, flowers with even number of petals are for funerals, while odd number of petals are for happy occasions) she will think the man not interested in the relationship. The reason for this is that without the gifts, the woman might think that the man is just there to visit one of the most amazing countries, is on vacation, or even at a date with another woman.

Some might think that giving things too quickly may end in disaster. While in some cases and outside Russia it is correct, there is no such restraint for Russian women and gifting is one of the best ways to let the women see how much the man values her.

Russia is a country known for the beauty of its woman, but that does not mean they can look good effortlessly. Yes, they are blessed with genes that allow for natural beauty, but the fact that women should not step out of their house without perfect hair and makeup is so deeply rooted in their minds. Beauty is a part of their culture, and they enjoy the feeling of being confident in their appearance. Many women spend a lot of time – and money – to look good even if they are only going to the minimarket or take out the trash, as they believe that the right man can see them at any moment. With the population of women outnumbering men by 11 million, the competition can be fierce.

The most prominent evidence for this culture is that even Russian girls with low income are willing to spend 30% of what they earn on makeup and cosmetics.

Longest Poem about Woman in a Single Country

The longest piece of poetry dedicated to all women in a single country was written by Nikolay Nekrasov. The poem, titled “Russian Women” tells the story of two women, who followed their husbands to a lifetime of exile and labor in Siberia after committing a crime of participating in the Decembrist Revolt. At that time, people who participate in the revolt has to go to Siberia for a lifetime of exile, and the poem shows the love and loyalty of the women as they willingly follow their husbands and share the punishment.