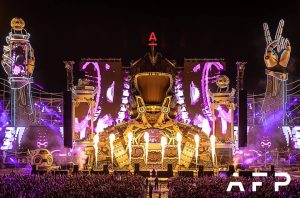 Stunning Music Festivals You Must be Ready to Attend in Russia – Music consists of a collection of sounds arranged in such a way that it contains rhythms, songs, tones, and harmony. Music is an entertainment for everyone. Music is a very unique phenomenon because it is produced from several musical instruments. Music has always been important for everyone. No human does not like music. With various genres, everyone has their own favorite type of music.

If you are someone who really loves music and wants to vacation abroad. Russia is one of the countries that you can visit. You can watch various music festivals in Russia. Throughout the year there are always music festivals with various alternating streams held in Russia. If you have determined Russia as a country of vacation, some of these music festivals are recommendations for you:

Afisha picnic is a party held at the end of July or during the summer. Afisha Picnic is the largest, oldest and most famous festival in Russia. This festival is always able to become an international headliner. Although it is only done for one day, in this festival there will be a large market and food court. In addition there are also other interesting activities, namely master classes, auditions, and open-air museums that you can visit. Afisha picnic is in Kolomenskoye, Moscow, or rather in the former Tsar land on the banks of the Moscow river. Afisha’s picnic becomes summer festival in Russia that you can’t missed.

The third recommendation for the music festival is Kubana. The Kubana Festival is held annually in Amber Village, Krasnodar in August. The festival, which lasts for 3 days, can attract thousands of visitors to watch spectacular extravaganza music and recreational performances.