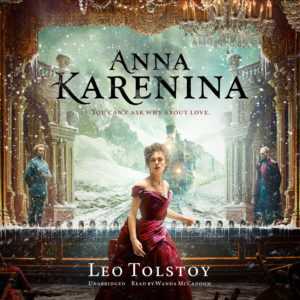 You’re living your life when suddenly the travel bug hits you. But you don’t want to just go anywhere, you know your next destination has got to be Russia. For one reason or another, flying to Russia may not be a feasible thing to do, whether it’s due to time or financial constraints. Well, do you know the solution? Go see one of these ten famous movies that take place in Russia!

All of these movies are popular, but some you may have heard more than others. Fight scenes featuring Arnold Schwarzenegger and dramatic lines uttered by Audrey Hepburn have been shot in the streets of major Russian cities, namely St Petersburg and Moscow.

Whether we realize it or not, we have been watching movies where Russian culture are prominent and immersing in them. For many decades, box-office hits have flaunted Russian literature, geography and history. Here are ten famous movies that take place in Russia:

Although not the entire of this box-office movie is set in Russia, the best bits are. The ending of Bourne Supremacy and its infamous car chase had been shot in Moscow. Matt Damon’s character completely destroyed a Russian taxi and wreaked havoc along the city center. Not just that, two stuntmen even achieved the Taurus World Stunt Award in 2005 for this remarkable scene.

Who doesn’t know Tom Cruise and his sensational portrayal of top-notch spy Ethan Hunt? Well, it turns out that much of this movie’s actions take place in Moscow. However, most of those scenes were actually filmed in Prague, and wide shots of the Russian capital were included for authenticity. Still, one can always get Russian vibes when watching this blockbuster film.

Quite like Mission: Impossible – Ghost Protocol, even though the movie is set in Russia, most of the filming took place in Budapest, Hungary. Leading actor Bruce Willis, however, later revealed that the production team did indeed shoot the famous Moscow skyscraper scenes in the Russian capital.

Golden Eye was the first James Bond movie with Pierce Brosnan as 007. One of its most phenomenal chase scenes took place in the streets of St Petersburg. It features Bond chasing his enemy in a stolen T-55 tank.

What’s fascinating about the Russian setting in this movie is that actress Milla Jovovich was the one to suggest to film in Russia. Eventually, parts of the film was shot in Kamchatka and Moscow. Red Square was even closed to public for several hours as filming took place. Jovovich’s character in the movie battles monsters near the Kremlin, and later gets into the subway by sliding down the escalator.

Interestingly, Red Heat was one of the first Hollywood movies that didn’t shed a negative light on the Soviets. Instead, it tells the story of a Soviet police officer chasing Russian criminals who fled to the United States.

But not only is this movie set in Russia, world-class actor Arnold Schwarzenegger had a few lines in the Russian language! If you learn these Easy Ways to Learn Russian Language in A Day, you can easily understand Arnold’s dialogue without having to read off the subtitle.

This American production was based on prolific Russian author Leo Tolstoy’s book of the same title. This classic film follows the story of how the lives of two aristocratic families in 1812 Russia intersect during Napoleon’s conflicts with the country.

The movie features grand production values and countless outstanding fight scenes. It is therefore an impressive interpretation of Russian history, as told in the great Russian novel. Moreover, one of the reasons why you must learn Russian now is that you can understand great literature, like this one.

Like the previous title, this American drama was also an adaptation of Tolstoy’s best book -Anna Karenina. Starring Sophie Marceau, this movie was shot mostly in St. Petersburg, though a few scenes were filmed in Moscow. This featured the Novodevichy monastery, a beautiful Moscow architecture from Medieval times.

To be fair, this Keira Knightley feature is the 2012 rendition of the previous work, thus the same storyline and drama. But it is set in Russia and though parts of the filming took place in its major cities, some are shot in England, UK. You might find some Pick-up Lines to Approach Girl in Russian featured in this classic romance, in one form or another. As well as several of the most popular phrases to use when dating a Russian.

Last but not least, is this spy movie starring Sean Connery and Michelle Pfeiffer. It was one of the first major American production filmed almost entirely in the Soviet Union, mostly Moscow and Leningrad. The story follows a British publisher who finds himself working for British intelligence and the CIA to investigate Russian military secrets.

Those are the ten famous movies that take place in Russia. How many have you seen? Why not watch those you haven’t? Keep it in mind now that you know that these movies were filmed in Russia. You’ll notice the little things and pick up Russian references that you might be unaware of otherwise.

Even more, if you learn the Advantages of learning Russian as Indonesian, these movies will be even more enjoyable. I know for a fact that recognizing the locations and culture of movies you’re watching make them a lot more interesting!