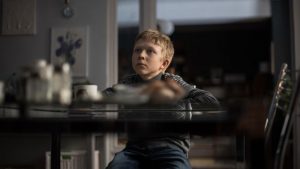 Russia is a country that has a long experience. Starting from the political regime of The Russian Empire before 1917, The Soviet Union (1917-1991), and the last is The Russian Federation (1991-present). The long history that Russia passed through certainly greatly influenced this country in various aspects. Political, educational, social, and even artistic aspects that are there. However, Russia managed to create positive aspects. One of them is in the arts.

One of the arts that is very popular with many people is the art of film. Because the movie provides many benefits to every audience. Because a movie is created certainly has its own purpose and message. In addition, watching movies is a very entertaining activity and many people choose to spend their time off by watching movies. This is what makes the world of film world never extinct, even more developed. Likewise with Russia, the largest country in the world is also quite good at creating high-quality films. No wonder, if this country is also dubbed as an art state. It’s not only ballet dance that is very well-known in this country, but film is also very advanced.

The first Russian language movie we recommend for you is “Loveless”. Loveless is a 2017 tragedy film directed by Andrey Zvyagintsev, who co-wrote with Oleg Negin. The film genre of drama and crime thriller was released on May 18, 2017 with a duration of 127 minutes. This film is Russian-language and aired in 4 countries, namely Russia, France, Belgium and Germany. This film production costs around $ 4.8 million.

The movie tells the story of two separate parents, played by Maryana Spivak and Aleksey Rozin who relate without the basis of a decaying love in a bitter and hostile state. They finally returned together after their only child was lost and they tried together to find it.

The movie was inspired by the wishes of Liza Alert and Zvyagintsev’s group to make a film about family. Cinematographer Mikhail Krichman used a realistic style during filming in Moscow in 2016. Although Zvyagintsev claimed not to be interested in politics, he did little to put police skeptical views into the film. The film is about the neglect of parents, a state of love, and a gloomy environment.

If you want to watch drama and crime thriller, this film is highly recommended for you. lots of mandates that you will get when watching “Loveless”. The message of this story is about the meaning of the family and the importance of love and affection. You can’t miss this movie!

The next movie that we recommend for you is drama genre or melodrama. Mocow Does Not Believe In Tears was directed by Vladimir Menshov and written by Valentin Chernykh. The main character in the 140-minute film is played by Vera Alentova and Aleksey Batalov. This movie won the academy award for the best foreign language film in 1980.

This phenomenal movie was based in Moscow in 1958 and 1979. Moscow Does Not Believe In Tears tells the story of 3 young women who came to Moscow from small towns namely Katerina, Lyudmila, and Antonina. They live together in a worker-only apartment and then become friends. These young women are ambitious to get rich men except Katerina (Vera Alentova). And finally they found their respective partners including Katerina. However, accidentally Katerina became pregnant. He had a daughter named Alexandra from Rudolf, a Russian television cameraman. Katerina left Rudolf and brought her daughter. After 20 years, Katerina managed to become a manager where she worked first. And he found his true love Gosha (Alexsey Batalov) who was quiet and loving. Katerina, Alexandra and Gosha moved, and they lived happily until Rudolf appeared again and again brought misery to Katerina’s life. Intrigued by the end of this story? You must immediately watch this film and provide a tissue beside you.

This film is an old film that is still very phenomenal in the world. If you want to feel the sensation of real melodrama, this movie is perfect for you to watch.

For lovers of comedy-drama genre films, the barber of siberia is perfect for you to watch. Themovie was released on October 30, 1998 and directed by Nikita Mikhalkov with a text written by Rustam Ibragimbekov and Rospo Pallenberg. . The movie is played by American and Soviet star actors, namely Julia Ormond, Richard Harris, Oleg Menshikov, Marina Neyelova and many more. This film uses Russian and English.

The barber of siberia tells the story of jane is douglas’s assistant, who falls in love with a young Russian officer, Andre, and spends the next years perfecting the harvester, and pursuing her love, who has been exiled to Siberia. Jane has a secret, she has a son by Andre, but he never gets to find out. The action starts in America when the son is an army cadet. Jane is writing a letter to him which she will recount the whole story. The film switches back and forth between Moscow (eventually Siberia) and the USA as Jane ‘s “voice over” reads from her letter. By the time, she reaches Siberia after Andre has been condemned hard labor there for 10 years, but she is too late. He has a new woman and three children! Jane departs in haste, never to return. During the 20 years covered by the film, she never seems to get older, either!

Subsequent Russian languagemovies are dead daughters. From the title, you will know this horror genre. If you want to watch a horror movie that is full of mystery and scary, this movie is the most appropriate suggestion. the film was directed by Pavel Ruminov and released on February 1, 2007 with a duration of 123 minutes.

Dead Daughters tells the story of 3 daughters who were sunk by their own mothers and become ghosts roaming the city. And anyone who has heard the story about them, they will watch for 3 days. If the person does evil, they will kill him. The story begins with Vera, played by Daria Charusha, who tells Anna (Jakaterina Shcheglova), Anton (Michael Dementiev), Nikita (Nikita Emshanov), Stepan (Michael Efimov), and Rita (Ravshana Kurkova). These 6 friends were watched by 3 ghosts and they all died in a pathetic way except Anna. Anna managed to defeat 3 ghosts using the ghost mother’s dress she got from the fourth child. Then Anna entered the spirit of the ghost’s mother and told her three children to leave this world. The story ends.

The last movie we recommend for you is a romance movie called Battle For Sevastopol which is 2 hours 2 minutes long. The movie was directed by Sergey Mokritsky which was released on April 2, 2015. The movie starred Yulia Pereslid as pavlichenko. This movie is sheltered in Russia and Ukraine and has won the Golden Eagle award for best leading actrees.

This movie tells the story of sniper Lyudmila Pavlichenko (Yulia Pereslid). His skill in shooting made him famous in the world, and got many offers to do war. And he fought to win sevastopol. This movie tells the story in the World War. If you like action genre movies, we highly recommend this movie for you. and you will not regret watching this movie. You will also be presented with an amazing setting and atmosphere.

Those are 5 top recommended russian language movies. The movies that we recommend for you can be used as references according to the genre you like. After watching these films, you will surely realize that Russia is a very advanced country in the field of cinema. and you will be addicted to watching other famous Russian films.