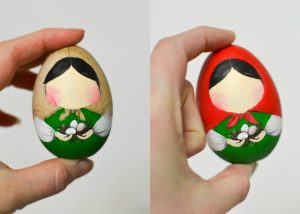 Russia is famous with the richness of diverse culture, since the country is extends from Europe to Asia. The food taste might be different from one city and another, but the philosophy concept of each food are related, they have the same definition to describe foods. Which are delicious, unique, slightly eccentric and family-oriented.

Although the Russian food might not as famous as Italian food, but little by little it rise in popularity. Being acknowledged by the foreigners at first, and then continuously spreading among the foodie community.

You might have been heard the stereotypes about Russian cuisine as a plain and uninteresting. But in fact, it is has rich taste. The reason behind it is because of the country’s diversity, including long history, enormous land area, varied climates, and the influence of other national cuisines during the Soviet period. For recommendation, you can find the Russian taste in big cities like Moscow and St. Petersburg. There are lots of famous restaurants which represents the culinary landscape of Russian foods. The menus served consist of appetizers, soups and stews, main dishes, baking and drinks. Appetizers are usually eaten before the main course and sometimes are accompanied with an alcoholic beverage. For the starter menu or appetizer, there are some popular choices that definitely should be on your list. Here are 11 popular lists of Russian appetizers you must try:

Belong to one of popular appetizer in Russia, Russian eggs are made of hard-boiled eggs which is filled with a little spicy stuffing of pickled cucumber. It is simple food, quick and easy to prepare, you can find it in nearby restaurant or just simply make it yourself by searching the perfect recipe. But if you want your own individual taste, you just need to switch the stuffing into mushrooms, ham, sausages or fish rather than pickled cucumber.

Mushroom caviar is made of dried mushrooms. It is possible to make this caviar by  using fresh mushrooms available in certain season for example chanterelle, armillaria or porcini mushrooms which  are really popular in Russia. Mushroom caviar can be used as the addition ingredients such as bread spread, stuffing for eggs or to spice up soups and stews.

Nesting doll Matryoshka is one of the most iconic cultural symbol of Russia. This cute appetizer is not only delicious, but also decorative. It usually served as a starter food for Russian party.  It also easy to prepare, you just have to boil eggs and decorate them as Matryoshka, then arrange it carefully with your style.

According to its high nutritional value, eggplant (or aubergine) is also considered as the vegetable of longevity. Eggplants are low in calories and rich in antioxidants. They boost metabolism, stimulate digestion, lower bad cholesterol and have a diuretic effect. Back to the preference, the eggplants can be made into any kind of cuisine, just add garlic, peppers and herbs into the recipe.

Russia’s cuisine is famous with the pickled everything. But the number one which is really popular is pickled cucumbers. It is a must for all Russian tables, in any kinds of occasion. This habit is already existed for a long time ago, and is still lasted until the recent generation. So remember to try this when you are in Russia. It is suitable for every dish and will also match your taste.

“SALO” in Russia language is translated as bacon. Russian people usually eat it raw, along with bread and some garlic. The first thing is put one big piece of the bacon in the refrigerator exactly in the freezer, keep it as it, without cutting, after certain time, take it off, slice it very  thin and ready to serve with Russian bread and don’t forget to add garlic into it.

They are another Russian popular appetizer item. It usually has long history – first they are being hand picked by family members in the woods in fall, then precisely prepared to being pickled and then those delicious jars are opened only for the great parties or holidays.

Marinated herring and black bread, often goes with onions. Some Russians call it “one of the most tasty foods ever”. There are also songs in Russia where this appetizer is being mentioned, like “Russian vodka, black bread, selyodka!”, selyodka – is this marinated herring. What an interesting appetizer to every foreigner.

Caviar is the salt-cured eggs, traditionally extracted from wild (now highly endangered) sturgeon. Cheaper varieties are derived from salmon, steelhead, trout, lumpfish and whitefish. In Russia, caviar is usually served with bread, also blini, chopped onion or pickles, quail eggs and sour cream which serve to tone down the extreme salt levels somewhat. It is associated with the luxury food in Russia, because of the high price and it can’t be easily found due to the extinction. Worth to try at least once on your visit.

It is a cold and tart beet salad, which commonly includes pieces of herring, chopped beet, pickles, carrots, sauerkraut, potato, oil and onions. A tasty primer to any meal! Besides, it is also one of the few vegetarian salads in national cuisine you must try.