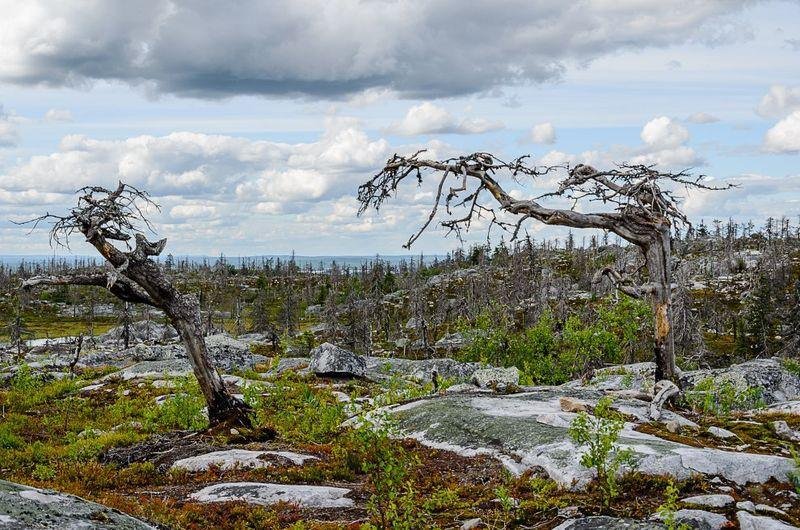 Russia is not merely all about the gigantic Kremlin and the emblematic Red Square or numerous stunning churches in almost every region, but at some places, there are still some places which remain mysterious in terms of the unusual things that it has.  The mysterious places always attract people’s eagerness to discover it, despite of the myth and the mystery behind it. Here are the lists of Russia’s most mysterious places to discover:

Being number one in the list of most mysterious in Russia, this place is located in the West Karelia hills of the Karelia region, or approximately about 20 km from Sukkozero Lake.  This mountain looks strange and unusual than the common rocky mountain, Vottovaara has unique structure of scattered and scraped cobblestone, and that what makes it famous among the adventurer.

As the formation, it was actually made from the ice glacial process happened about 10.000 years ago, it left strange boulders. The locals usually called it as Seida. The part of Vottovaara mountain where strange bolders located is considered as sacred place for Samii people. They believe that there is spirits who lived in those big stones and for that reason, until recent they still provide sacrifice near the seida as the respect to the earth spirits in it. Many artists, musicians, or the mystery hunters visit this place, either to get insights and inspirations or just to test their guts level.  So for you who brave enough, try to discover this for fun.

Plescheevo Lake is located in Pereslavl, the south part of Yaroslavl region. This place is really popular among locals and tourist worldwide. The attractive point from lake is the mystical story that the lake has and the moving blue stone that lies there. According to the story told by the locals, this place is inhabited by mermaids and other mystical creatures.

One example of mysterious accidents happened there is when the tourist get lost in the fog and mysteriously found a few days later. When they were found, they tend to get confused with the current time. This somewhat associated with the mystical creatures who dragged people into their world. Believe or not, but locals usually give sacrifice, some ritual dance and festivals there.

About the moving blue stone, that is another mysterious object of granite boulder grayish color lies on the shores of lake Pleshcheevo. It is said that the stone is living spirit, which can move to different place. This place is also used for pagan people to do rituals as their honor to the blue stone. Whether for tourist, they come here to witness the famous mysterious object and do not forget to bow in front of the boulder and leave some offering.

There is an open area right in the middle of a forest, perfectly in circular shape with no grass and no tress at all, Russian called it as Devil’s cemetery. Located near Ust-Kov’s town of the Kezhemsky region of Krasnoyarsk Krai, this place belong to the most mysterious place in the country, the scary impression that attracts many people, from common mystery hunter until the nature researcher.

According to the story, this place appeared in 19th century after the falling of meterorite, and that makes the zone area is formed like a huge hole without any trees, after a long times, this hole is covered with the animal dead bodies, which was accidentally pass through the area and found dead mysteriously. This is not only for animals, because there is a group of researcher who wants to do their research there and suddenly feel pain on their entire body. Furthermore, in this place, radio communication or even compass cannot function in this area. So, dare to discover this mysterious place?

The eerie and msyterious place always lure the curious people, as well as those willing to test their resolve against its mystic environments, that what describes the Mount Kholat Syakhl, which is located in northern Urals region of Russia. In language terms, Kholat Syakhl means dead Mountain.

This mountain leave the strangest mystery unresolved since 1959, it was the famous Dyatlov Incident. A group of skiers consist of ten people were found dead and only one who’s dead body is nowhere to find. Aside from the the reaon of their death, either because of freezing or other reason, nobody knows the exact reason why circumtances that caused their death.

This is another mysterious place in Russia, exactly in the far part of Siberia region, named Vasyugan swamp. This swamp is sometimes called “Russian Amazon”. Because the Marshes stretched for about 573 km from west to east, and this area is constantly growing. In recent times, the total area reaches more than 53.000 km2 (Almost the same area with Switzerland).  Local’s inhabitants believe that these swamps are created by mysterious creatures or they say it demon who was trying to hide from God.

Ayu-dag is a summit of Crimea mountain or Russian usually called it as Medved’-gora (Bear mountain). It is the popular tourist site in Crimea and is well known internationally. Despites the worldwide popularity, this place has mystic story which is told by the local. The legend untold the story that Bear Mountain actually was once a giant bear, then the angry God sent giant creature to destroy the tribe who has forgotten faith, but he saw the beauty of the Crimea and refused to obey his master.  The God felt so angry and drew the bear to stone when the giant went to the sea to drink. Archaeologists claim that Ayu-Dag had ritual significance for the tribes who lived here in ancient times. In addition, it was discovered later that there are ancient temples and cemeteries on top of the mountain.