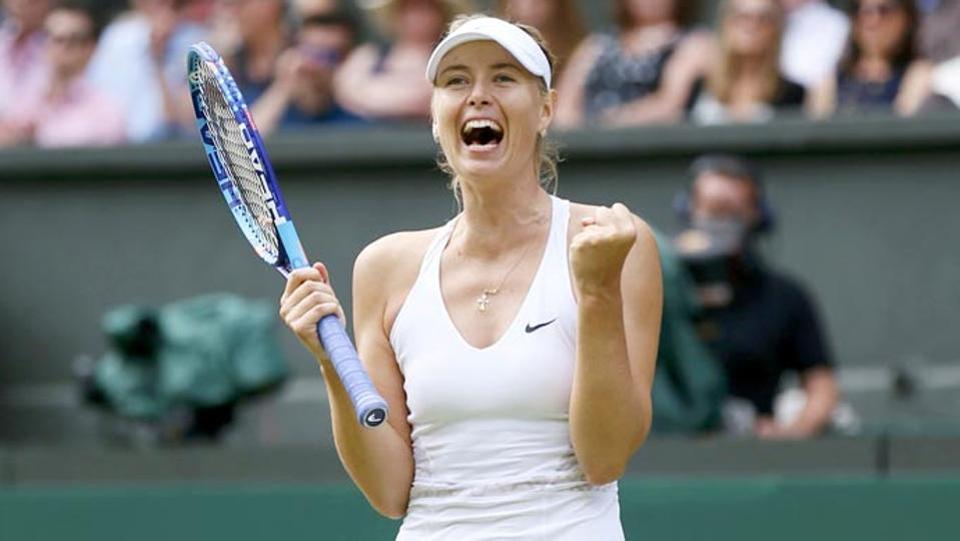 Yes, we all do know that Russian women are very beautiful. It seems that they have their own secrets in preserving their authentic Russian beauty. But pure beauty is not the main drive of one woman’s success. In fact, the world is too cruel for a woman who relies upon her beauty only.

To complement their physical beauty, Russian women are eager to learn new things, hone their skills and be the master of their crafts. This way of life bring some Russian born women to the world stage and put their name in the hall of fame as world celebrities.

There are countless Russian born women who are very famous for their contribution to arts, science, sports, and politics. Here is the list of 5 famous female celebrities that were born in Russia.

Maria Sharapova is a Russian tennis world champion and the only Russian who is able to achieve the top woman player according to the Women’s Tennis Association.

Born in Nyagan, USSR (now part of Khanty-Mansi Autonomous Okrug), from the Yuri and Yelena couples. Her parents formerly resided in Gomel, Belarus SSR, but they moved to Siberia due to their concern about the aftermath of the Chernobyl incident.

Although tennis is not very popular compared to other popular sports in Russia, like soccer and ice hockey, it seems that tennis is the sport that earned a place in Sharapova’s heart. Her first time playing tennis is when she was 4. She hit her first ball by then, and immediately she fell in love with tennis. Her father recognized her talents, and he supported her to be trained with a professional tennis player.

In 2000, Sharapova made her first international achievement by winning in the Eddie Herr International Junior Tennis Championships. By then, she was still 13. Since that victory, the world put their eyes on this young girl because of her exceptional talents. Four years later, Sharapova started to climb the prestigious steps of Wimbledon. Even though she was defeated many times during her first time, she didn’t give in. She continues to participate in the competition until she achieved the title of world champion.

Currently, Sharapova lives in California, United States. Even though she is recognized as an American resident, she still retains her Russian citizenship, and still eligible to participate in the Fed Cup (international tennis competition for women) as a Russian player.

This one is a Russian-born American musician. Regina Ilyinichna Spektor born in Moscow, February 18th, 1980. She and her family emigrated from USSR to the United States when she was still 9.

Back in Moscow, Regina was already skilled in playing the piano and singing. She trained her skill in piano and vocal since she was still 6. When she finally lives in the United States, she continued her training until her teenage years. Shortly after she reached her teens, she writes her own songs and self-released them.

Right after their release, her songs gained popularity in New York’s independent music community. In 2004, she signed a contract with an American label and gained public recognition shortly after. She continued producing her albums, and eventually, she achieved Gold certification from the American Recording Industry Association.

Many of her albums are very popular from 2013 to 2016. Her fifth and six albums, titled Far and What We Saw From the Cheap Seats, peaked at number 3 on the Billboard 200. In 2016, the album Remember Us to Life sat on the number 23 on the Billboard. As time goes by, she expands her skills in instruments by playing guitar. To this day, Spektor plays her guitar as her secondary instrument, alongside her piano and her beautiful voice.

Marina Viktorovna Orlova is an award-winning Russian actress, as well as a singer and composer. In Russia, she is also known as the Russian version of Marilyn Monroe. It is no wonder why she got her nickname since she was very beautiful and has already starred in 40 films and TV shows in Moscow, Rome, and Beijing.

Orlova was Born in Pyatigorsk, March 25th, 1986. Her love of drama and theater took her to Boris Schukin Theatre Institute. There he started her first debut 1995 at the Theater of Musical Comedy.

While she was studying, a Russian director named Tatyana Voronetskaya noticed her talents and invited her to star a historical melodrama film The Model. After the film was finished, the film participated in a national film festival in Sochi.

After her first amazing performance, invitations from film and TV show producers filled her mailbox. Roles after roles she had filled and with it, her name raised to fame.

Aida Emilevna Garifullina is a Russian singer with Tatar origins. Born in Kazan, September 30th, 1987. Since she was a child, her mother taught her to play musical instruments and encouraged her to be a musician. By the age of 18, she moved to Nuremberg, Germany, to study music.

One of the best skills that Garifullina possess is her ability to sing in soprano tones. Because of it, she really fonds of opera music.

When she studied in the Vienna University of Music and Performing Arts, she made her debut as one of the singers in a play named “Cosi fan tutte”, an Italian opera composed by Wolfgang Amadeus Mozart. After her first performance, she attended many performances in operas and event openings worldwide, including the opening of FIFA 2018 World Cup in Luzhniki Stadium, Moscow, the largest stadium in Russia.

Early in her childhood, she studied music in a music school for seven years. After she graduated and continued her study to high school, she joined a beauty school along with her older sister. While she was studying there, a model agency person got struck by her beauty and asked her to join his agency. In 2004, she participated in a beauty contest, Miss Chelyabinsk and she won. From there, she set her first milestone to achieve her dream as a supermodel.

Shayk started her international career since 2007. Her first debut was modeling for Intismissimi, an Italian clothing brands, for about three years. After her three years contract has been expired, she was made an official ambassador for some fashion brands like Lacoste, Guess, Armani, and many other designers.

Aside from modeling, Shayk also challenged herself in the world of acting. She starred in Hercules alongside Dwayne Johnson, in which she played as Megara, a Theban princess. Prior to her act in the film, she also starred in Kanye West’s video clip, Power.

Currently, Shayk has signed her contracts in numerous modeling agencies around the world, starting from the United States, to France, Spain, and Germany.

For more info about fashion, check this well-known Russian designer to put on your radar.

And there they are, 5 famous female celebrities that were born in Russia. From them, you can learn the true meaning of beauty. And if you work on the same field as them, it wouldn’t be bad to set them as your example.