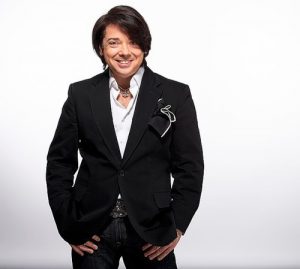 Fashion design is the art of application of style and aesthetics to apparels and accessories. We have all seen some serious improvement in terms of both men’s and women’s attire. Thanks to all those iconic fashion designers out there, for contributing their ability to exhibit the beauty of a man’s/woman’s body by way of stylish, creative, and elegant clothing. From ethnic-inspired to international design which saves us from looking ridiculously out of place, we owe much to those talented designers who go all-out in creating exceptional masterpiece.

Russian fashion suddenly became worldwide appealing to some fashion connoisseurs. It is not at all surprising since there are many creative minds emerged from Russia. Some of them are contemporary designers who find their inspirations in traditional design and rich culture from their history. This is not to say that they are restoring period clothing, because they are not. In fact, they are creating modern clothes that carry Russian history in them.

Within their complex culture, Russian designers use fashion as a vehicle to reflect, probe, and celebrate their country, with thrilling results. So, let us find out 8 well-known Russian designers to put on your radar.

Goscha Rubchinskiy would not have predicted that a low-key graphic T-shirt business could turn into one of today’s most sought-after fashion brands. He became famous for his post-Soviet streetwear style that reinvented fashion standards. Rubchinskiy is not only a fashion designer, but also a multifaceted artist. He is a model, photographer, and video maker. He enjoys various kinds of work that involve cultural and artistic movements.

He is known for his collaborative ventures with sportswear brands such as Vans, Reebok, and Adidas. One of his famous collaborative works is Goscha Rubchinskiy Adidas Backpack. It becomes one of most popular brands of Russian bags and wallets for men.

Valentin Yudashkin is probably the most popular Russian designer in the world. He loved to draw and was deeply fascinated with clothes and designs during his childhood days. He created his first masterpiece back in 80’s when Russia was open to new ideas. Even though his love for change and experimentation come naturally, but it was not an easy job for him. Fortunately, hard works paid off. All his early masterpieces were so well-liked that they made him famous. Later, he took an unprecedented step in the world of fashion and became even more popular.

Yulia Yadryshnikova is a Russian designer as well as pattern maker. She has the initial vision and likes to play with specific lines and meticulous details. She always includes lines and details in the process of experimentation with pattern making and working with fabric. People often say that Yadryshnikova’s work is both introspective and innovative, and that her design speaks volumes. It might as well be a testament to her talent in executing an impeccable craftsmanship.

Alena Akhmadullina has transformed the world of style and design. She began making strides in revolutionizing the fashion design world short after she graduated from the Academy of Technology and Design. Her significant breakthrough happened when she introduced her seasonal Prêt-à-Porter collection during 2002 Paris Fashion Week. People were dazzled by its innovative style. They love how unconventional it is.

Success even came quicker when Akhmadullina started to create an exotic combination of Russian audacity and Parisian style. Her works represent the strong, independent, and wonderful woman, who is full of style and refinement.

Vika Gazinskaya is an internationally acclaimed fashion designer and street style icon, giving her a nickname of “street style darling”. Initially, she was known for her personal and singular style. But, these days, people also pay attention to her collection because of its voluminous structured designs, fanciful patterns, and hand-stitched details. Those aspects−combined with the usage of various kinds of luxurious material shipped from Italy and France−make her collection all the more desirable.

Alexander Terekhov’s clothing is often inspired by the 90’s. We all know 90’s theme is a theme that has never left the fashion world. Terekhov goes as far as to put some exotic yet bizarre aspects on to his design such as hologram, star dust, and unusual colors. It sets up a brand new mystical mood in a fashion industry, something that seldom happens. His design has now become an inspiration for the line of evening dresses like naked dresses emblazoned with crystals, silk and velvet dresses, and maxi evening dresses. His motto is to create dresses that makes women multiple times more beautiful.

Ulyana Sergeenko used to sew her own dresses as a girl and look at her now. She became a couture client and even managed to launch her own couture brand. How cool is that? The struggle, though, came when she was roaming along, looking for the well-known designers who were willing to feature in her collection. It left her frustrated until she came up with the idea of building a fashion brand of her own. She started an eponymous label fashion label back in 2011 that was featured in haute couture in Paris. She has a team based on Russia with 65 members in total whom she asks to create looks to her preferences.

Slava Zaitsev has earned a title of “godfather of Russian fashion”. His name alone is now synonymous with exquisite taste and high fashion in Russia. It is only natural, because he was the first designer in the USSR (Union of Soviet Socialist Republics) to be allowed to put his label on clothing. His work is inspired by Russian folklore tradition that often results to unique style. He also likes to expertly mix classic shapes with traditional peasant costumes. He never fails to make the public baffled with his unconventional approach to fashion.

So, who is your favorite Russian designer?