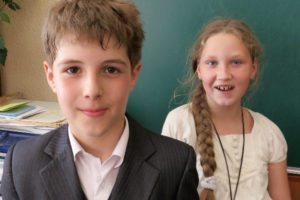 How you greet someone older than you and someone younger than you can be different. In certain Asian countries, age gap plays a huge role in determining your relationship. Those older will be treated with seniority and respect while those younger will be spoken to informally. Even the smallest difference in age (1 year) can make a world of difference in those countries.

Maybe this topic piqued your interest and you wonder, what is the proper etiquette to greet younger people in Russia? How does age gap and seniority play in Russia? Is the treatment very different? This article will list the proper ways to treat those younger than you, including children.

Below are the 3 etiquette to greet younger people in Russia:

Different from when you speak to an elder, when greeting those younger than you, it is acceptable to be informal. Seniority is not much of an issue in Russia (unless if it’s a babushka). If it is someone that you met for the very first time, the general rule is to offer a handshake and maintain eye contact for politeness.

As per usual, based on superstitions, it is not a good idea to shake hands with someone over the threshold or with gloves on. However, the younger generation may pay less attention to this and take less offense. After several meetings and both of you are closer, it is acceptable to greet informally.

Below are a list of the informal Russian greetings you may use:

When you ask Russians “How are you?”, do not be surprised if their answer was literally how they felt and are filled with emotions. In most countries like America and Canada, asking “how are you?” are the basic small talk, simply spoken out of habit or formality. However, Russians will respond to that question with the real answer of how they truly felt. Meanwhile, the “Hello” written above is more commonly used between friends or close acquaintances.

Greeting in general comes with gestures and physical contact. Once you’ve grown closer to a Russian, you can expect cheek kisses as greetings and backslapping as well as hugs. These greetings are common only after several meetings. Russians lack a sense of personal space as well. When greeting or talking, they might stand very closely, so do not feel bothered. It is part of their culture signifying intimacy, closeness, and respect. Besides that, gestures as part of the greeting and conversation can be expected as well. Russians have many wonderful gestures containing different and varying meanings. For example, flicking a finger on the neck is an invitation out for a drink. This gesture itself has a long and interesting story behind it, however, this will be discussed another time perhaps.

In addition, other gestures that you might avoid doing to those older than you, may be accepted when speaking to a younger person. Gestures normally seen as rude by elders might not mean much towards youngsters, as an example, the fig. The fig is done by placing your thumb in between your index and middle finger. It is rather rude, or as some would say, mildly obscene. This gesture is done to deny a request. You may use this gesture with a younger person (in a playful context).

Russians are very opinionated and personal. It is embedded deep within their culture and personality. They wish to do and act things sincerely, so they will not do things just for the sake of formality. One example was written on the paragraphs above where Russians answer the question to “How are you?” sincerely. Another example would be how Russians would not smile at strangers. This is due to their belief that a smile should be genuine and shared with a friend. So do not smile for the sake of politeness when greeting a Russian. Walking around grinning is frowned upon as well. However, do not worry for Russians are quick to be friends with! So this is not much of a problem.

When close and intimate with a Russian, they can be like your relative, regardless of your age. When one becomes like a family, greetings may differ as well. Some may even have their own special kind of greeting, shared only between them. There is no proper standard when greeting Russians, much less those of younger generations. As long as the general greeting etiquette is followed, there should be no issues whatsoever. Some may even improvise their greeting and change it up into poetry, songs, musical lines, and many more. The key point is the intimacy and sincerity shared between each other.

Those are the 3 etiquette to greet younger people in Russia. Different from greeting those older than you, a younger company may be more flexible and dynamic. Hopefully this article answered any questions you may have regarding the topic. Other cultural articles related to greeting that you may be interested in are Common Greetings in Russian, Effective Ways to Greet Russian Men, and Effective Ways to Greet Russian Women. Besides those articles, other posts with related relationship topics are Dating Rules in Russia, Effective Steps How To Date a Russian Man, Reasons That You Must Date Russian Girl.