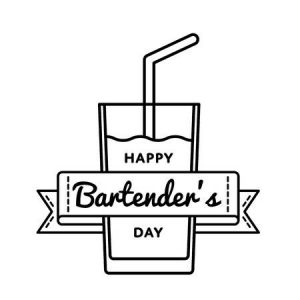 Who would have known that Russia has a special day for bartenders? The mixologists around the country celebrate February 6th as International Bartender Day. You might have zero ideas about this event despite you may a frequent visitors of bars and nightclubs. However, it wouldn’t hurt to learn some facts about this International day bartender in Russia.

1. Not many people know about this day

Honest, how many of you know this day to even exists the first place? The month of February, in general, are happening because of Valentine’s day. Most people would mention Valentine day if they’re asked about an event in February. February 6, to be specific, is nothing special for most of us.

Days before Valentine’s Day we usually in the process of gift hunting (see some gift inspiration here). Or we might panic because the V-Day is approaching since you have no plan at all (see the list of restaurants here for inspiration). Amidst the chaos, a bartender day seems like something that has nothing to do with us. It is understandable.

2. But it’s super popular among bartenders

However, if you’re a bartender in Russia, you will know about this special date. It’s a holiday of some sort. You and your peers know that on that day, some sort of party will take place. Some establishment holds bartender-related events, and you’re sure you’re going to have an exciting day.

3. Many contests, shows, and competitions are happening on this day

Yes! There are many ways to celebrate International day bartender in Russia and it differs from one place to another. There will be contests, where bartenders around the country showing off the incredible skill they have. You can expect a lot of mixing, shaking, and stirring liquors on these competitions. It’s a battle on how can produce the tastiest drink.

Some clubs hold a special party commemorating this day. It will be full of music, dancing, and of course, alcohol. February 6 will be a perfect time to visit clubs or bars. Who knows, not only party, you can have special offers such as discounts, and have the opportunity to watch bartenders contests.

4. It’s the day of the feast in honor to St. Amanda

Where did February 6 come from as the Day of Bartenders? It’s actually come from orthodox belief, which is a majority of Russian religion. February 6 is the feast day of St. Amanda, which ironically more of a Catholic saint than an orthodox one. St. Amanda is considered the saint patron among the bartending community.

5. St. Amanda is the saint patron of bartenders

Now why bartenders choose St. Amanda their patron saint? Apparently, it’s because St. Amanda was in brewing business as well. He worked and specialized in the production of wine, which make him a fitting patron saint for not only innkeepers, brewers, and winemakers, but also modern-day bartenders.

The day is only popularized in 2008 by a community of Bartender in Kiev, Ukraine. So it’s understandable if many never hear about this day. It’s pretty young and new. The rest of the world celebrate Bartender appreciation day on February 24. For the public, the date setting can be confusing.

7. It’s a time to appreciate your bartender

In this day, take time to appreciate bartenders. As with any other professions, being a bartender has its ups and downs. Imagine staying up late serving a countless glass of beverage to the customers. Not to mention, bars and night clubs have the most unruly customers on the planet, especially when the night deepens and everyone starts to get drunk. It’s a widely known secret.

So at least smile when you order a drink. Giving tips are encouraged. You can be sure that the bartenders will accept a tip from you, or at least a smile, or being polite when you try to order something. Bartenders also fun people to have a chat with. You can strike a conversation with them and have a great night.

8. You may need some tips when visiting Russian Bar and Nightlife

It’s no secret that Russian bars, especially the elite ones, apply strict screening toward its guest. On February 6, the bartender day, where else than in a club where you can attend an event about it. However, with strict screening, your plan for the party tonight will not run well if you don’t prepare well.

The key to passing the guards of Russian nightclubs is quite superficial. You need to appear rich. Every inch of your outer appearance must exude wealth and money. Even if you’re a billionaire, you will likely be denied entry if you wear only a t-shirt and casual short.

If you are a guy, the dress code is smart casual. Wear at least a shirt. Layer it with a blazer. Leather jackets also work wonder since they look luxurious. Accessorize your outfit with a watch or a nice belts.

For girls, high heels are a must. Flats or any other type of footwear are a no go. Russian ladies wear makeup even during the day, at parties, makeup is a must, especially a full coverage makeup. The dress has to accentuate your figure. In short, for the ladies, the dress code is sexy.

Now you know about International Bartender Day in Russia and what fun things you can expect to happen during that day. Happy partying! Check out some party cities in Russia here.