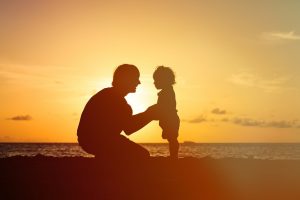 First things first, we all have to understand the importance of a father that cannot be brushed off or ignored at all since he is our own superhero who is always ready to take on everyday troubles of us as children. Like a mother, the significance of a father is beyond all as he is the person who works tirelessly to fulfill the requirements of his family and then still tries to spend a lot of time with his children alongside.

On Father’s Day, many people, children in particular, make a special effort for their fathers or father figures. Some of them come to visit their fathers, while others give greeting cards, letters, flowers or other presents, such as clothing or sporting tools, or luxury food items. Since Father’s Day is a relatively modern holiday, it is no surprise that different families have different traditions to celebrate it. Those can range from a simple phone call to large parties celebrating all father figures in an extended family.

The closest thing to Father’s Day in Russia is Defender of the Fatherland Day which was originally established to celebrate the establishment of the Red Army during Civil War. It is observed on February 23rd as a day to honor not only those serving in the military, but also men in general, including fathers. So, in addition to getting gifts from their children and their wives, fathers can sometimes expect gifts from their female co-workers. They are usually given gifts in the form of home improvement, electronics, and outdoor equipment.

It is considered as a continuation from a Soviet tradition, so apparently under communism, you could not honor fathers without recognizing all men. Fortunately, Men’s Day is just the unofficial title of Father’s Day in Russia, as it is actually called Defender of the Fatherland Day. The celebration also features a military-centric parade to celebrate the Russian armed forces. Russian people can celebrate it both publicly with military-centric themed events and privately where they are only accompanied with their close relatives. In this article, I have rounded up several fun ways to celebrate Father’s Day in Russia. Ways are as follows:

Russian fathers and their children like to get outside to bond. There are many ways to do it such as heading to the local beach to build sand castles or splashing in the waves together. There are other artistic options as well like going to a museum or gallery. At night, especially when the temperature is relatively low, they usually relax by a bonfire, roast some s’mores, and listen to stories of their childhood.

(Also read: Activities That Russian Children Do During Holiday)

Coin is considered to be one of the most lasting gifts one can give to anyone. There are particularly wide ranges of themes suitable for masculine tastes such as sports. For Russian fathers, the World Wars themes will do. In order to choose a suitable coin, one needs to bear in mind the thoughts about their Dad’s personality before browsing the section. Since Russian people are inherently superstitious, giving coin as a gift will leave a great impression on them. They can use the coin as a lucky charm.

In the cities of Russia like Moscow, Novosibirsk, and Orenburg, there are Father Fest festivals featuring music, games, and sporting events. For example, in St. Petersburg’s fifth annual Daddy-Starts celebration, there are sports tournaments, concerts, and family games. Events include video games, dancing, arts and crafts, 3D modeling, and sports tournaments, while many Russian families celebrate the day with games and activities held in public parks and town squares. Those festivals help show the variety of ways fathers can spend time with their children and also wives. That kind of caregiving can be both rewarding and fun.

Since Russian people like to celebrate big holiday with drinking, it is only natural that in order to make dad’s day, their adult children will toast him at a local beer or wine tasting event. There is even another option of no-brainer built-in gift such as bringing home some of the day’s best bottles to enjoy the day for weeks to come.

(Also read: 11 Coolest Cocktail Bars in Russia You Should Know)

Military achievements and victories of Russia are a great pride to all men, including fathers. So, on that day, you can find many fathers and their children checking with local library or historical society and do tours if they are available in their stacks and archives. Fathers will be happy to show their children a behind-the-scenes look at their town’s history.

6. Fire Up the Grill

Father’s Day is the perfect opportunity to take advantage to take the grill out of hibernation. Since there are no particular traditional foods to celebrate Father’s Day in Russia, they can always start the meal off with anything they enjoy the most. It could be Zesty Cilantro Dressed Salad, Grilled Chicken Skewers, and other light, flavorful festive dishes that are both easy and super versatile. They can even sub out any of the veggies or use tofu instead of chicken.

So, those are fun ways of how Father’s Day celebrated in Russia. Though it is an unofficial holiday, the joy and festivity mean a lot to some people, especially if the holiday is celebrated privately at home surrounding with the loved ones.