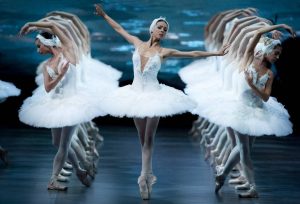 Ballet is a dance that is very popular in the world. Ballet is theatrical and musical dance. Ballet was originally created in France and Italy. However, the place for developing ballet and surviving until now, is even very popular, namely in Russia. Russia is a country that still highly respects the art of ballet. Even because of its popularity, ballet is still studied by all ages in Russia. And many theaters hold special ballet shows. So that the purity of the art of ballet is still preserved in Russia until now.

There are many kinds of ballet that are famous in the world. Starting from the Sleeping Beauty, Cinderella, the Pharoah’s Daughter, Romeo and Juliet, and Swan Lake. Each ballet gives a different story. However, most popular ballets tell love stories. Some end up happy, sad, touching, and tragic. And each ballet title also has its own peculiarities. In this article we will present and discuss more fully about Russian Ballet Swan Lake.

Swan Lake is one of the most famous ballets in Russia. Its popularity lasted until the 20th century. And this ballet has survived about 120 years. Really, a very legendary ballet dance. Not only in Russia, even in the world. Swan Lake tells of a princess who was cursed to be a goose by an evil witch, and that curse can only be removed when she gets true love. Swan lake is a ballet with 5 rounds. The music was made by Pyotr Tchaikovsky and the choreography was made by Julius Reisinger. Swan lake was first aired on March 4, 1877. Besides romance, swan lake also told and gave a message from the battle between evil and virtue.

To discuss more about Swan Lake Ballet, we have summarized the 5 facts about Russian Ballet Swan Lake.

1. A Sad Ending To The Story

Currently, the ending story of swan lake has indeed been modified into a happy ending. However, the original story has a sad ending. Swan Lake’s story begins with Prince Siegfried casually entertaining himself with the teacher and his friends celebrating his birthday, when his mother urges him to find a bride at the dance the next night. Depressed, he went with his friends and teacher to hunt. He tried to aim at a swarm of geese, and they found a magical lake where when night fell, one of the geese became Swan Queen Odette, who told Siegfried that she and her  friends were victims of the spell Von Rothbart, the evil witch. And the spell can only be destroyed with true love.

At the dance party the following night, Siegfried was not interested to all women. Then, Von Rothbart disguised himself with his daughter Odile, who seems similar to Odette. She was teasing, and he was really fooled. Sigfried decided to make him his wife.

However, Odette appears and Siegfried realizes he has been tricked. Siegfried went straight to the lake and apologized to Odette. Von Rothbart reappeared and urged him to marry his daughter, Odile. And as a consequence, Odette will be a goose forever. However, the couple preferred to die together and they finally managed to break the spell of Von Rothbart. And they are met  in death.

Although together, but the end of the story is very tragic. And when you watch this ballet live, you will experience the extraordinary dramatic sensation of this story. Really, Odette and Siegfried’s true love is very moving.

Although there is a slight difference regarding the origin of the Swan Lake story, an artistic director, Ib Andersen said “this is about human emotions and music gives him such eternal strength. If done correctly, even cynics will change their minds. ”

According to Andersen, Swan Lake has a big influence on one’s thinking. Because this story of ballet really touched the hearts of anyone who witnessed it. And for those of you who will visit Russia, watching the Swan Lake theatre is a must.

3. Swan Lake Is Considered A Failure

Swan Lake has now become famous. However, do you know, at the beginning of the appearance of this ballet is it considered a failure?

Swan Lake was first aired on March 4, 1877 and was considered a failure. People criticize Tchaikovsky’s music too much as ballet music. After the death of Tchaikovsky, French choreographer Marius Petipa revived Swan Lake again. Thanks to him, now swan lake is very popular in the world. And become a favorite of everyone who loves ballet. Swan Lake’s trip to be popular is indeed not easy.

Physical ballerina does affect the delivery of story content. And for the role of Odette and Odile, it’s very difficult to find the ideal ballerina. They must have a tall body, a long neck, perfect legs, and a small head. The ideal type for the role of a person. And the perfect example that can play Odette is the ballerina Ulyana Lopatkina, the excellent ballerina in the Mariinsky theatre.

The last fact about swan lake is the selection of very selective costumes. Costumes are something very important and must be considered when performing a show. Through costumes, a message from a show can be conveyed well. Be it music, drama or dance. Likewise with Swan Lake. In displaying the swan lake show, the costume became one of the important things.

When going to staging, ballerinas will usually use three pairs of pointe shoes during one swan lake show. And the ballerina costumes also come from various parts of the world. Even their costumes were created specifically by costume experts. Odette and Odile costumes usually come from the Atlanta Ballet, and goose costumes come from Boston Ballet.

That is the 5 facts about Russian Ballet Swan Lake. Of course this fact makes us want to watch the swan lake ballet live. Witnessing the flexibility of each ballerina, the touching path of the band, and their dazzling costumes. Although it was considered a failure, now no one is able to refuse to witness Swan Lake. Russia is a country that is able to maintain the culture of ballet well.