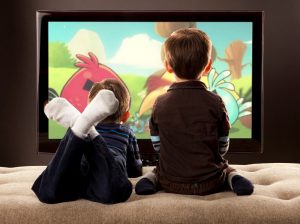 Watching Russian TV shows can familiarize yourself with the culture if you are interested in learning Russian. They can help you see the real usage of the language, and master on vocabularies. Moreover, Russian TV Shows are educational and entertaining, and they will make it easier for anyone to start learning the Russian language without much effort. You can practice listening and understanding the spoken language at the same time.

Firstly, they are very entertaining. Learn a language in a fun way. Find a show that meets your interest. It is easier to learn Russian without even trying. Additionally, Russian TV shows is a great way to learn Russian by listening. You learn to understand the spoken language and improve your own pronunciation.

TV shows represent the real usage of the language. Fluency comes naturally by seeing real-world usage. Moreover, they give visual cues to help you understand what’s happening. Lastly, they are short, it gives time to digest the gist. Similarly, you have much more content to watch from dozens of episodes to explore.

Russian language easier than you think, so here are the best Russian TV shows that we have compiled for viewing choices.

Russian telenovela based on historical events with fictional twists. The series is set in 1839 and offers love story to enjoy. It offers something sweet and light for viewers.

A slow rate of speech with proper and precise sentences, make this series great for how to learn Russian for beginners.

This series is the Russian version of late-night American talk shows. Therefore, the episodes to begin with jokes then transitioning into celebrity interviews. You may recognize some familiar faces. It invites many American celebrities on the show.

This show is suitable for advanced learners. Moreover, it will help you learn vocabularies related to current events and entertainment. You know if you have mastered a language when you understand their jokes.

Yes, this TV show is about the famous “Sherlock Holmes.” It tells the story of the detective and his cases.

The vocabularies are in intermediate level. It has English-language subtitles, so there are many visual cues for anyone to learn. The show sets in the 19th century, so you will learn old-timey words and classical usage.

You don’t see many Funny Russian TV shows, but this one is. This popular sitcom sets in a restaurant kitchen.

Jokes are always a good way to learn a language. In the show, you will learn intermediate words. In additions, actors speak relatively slow and clear, it helps the beginning learners to practice listening.

Another sitcom version follows the life of medical interns. Conclusively, it is the Russian equivalent of “Scrubs.”

You won’t find any subtitles here. However, the show moves slowly speed with clear visual cues. A great option for intermediate to advanced students.

An easy listening show tells the story of a security guard turns to a gym teacher. It sets in schools and portrays the everyday life of teen life.

The material is light. However, no subtitle provided and the actors speak in relatively fast pace.

Russian TV shows popular theme in World War II and this show is a hit among Russians. It tells the story if all-female aviation unit in World War II.

A glimpse of Russian history. Additionally, it suits for practicing listening due to a slow rate of speech combined with the subtitle.

This show follows the life of an everyday woman and her problems.

The subtitling helps any level of language learner, but the background noise can unclear speech, may suit intermediate and advanced learners best. Since is depicts everyday life, so the vocabulary quite general, so you’ll pick up plenty of very useful words.

Cartoons as a TV show are amazing. They portray the worldwide characters “Winnie the Pooh” on his adventures.

Everyone start learning a language as a kid, so what a better way to learn a new language, then cartoons. it is suitable for children, it is the benefits of learning Russian at an early age. Moreover, so beginning speakers can really enjoy this shows. The words are pretty general with a slight leaning towards useful animal and woodland terms.

A drama follows a Prussian princess as she rises to power and becomes Russia’s famed empress Catherine the Great.

Another history-based TV shows in a slow speech that attract any level of speakers. While some words may be too advanced most of the vocabularies are pretty general. It almost represents a natural conversation sound like.

A thrilling show follows a life of a police detective slashes vigilante.

It is a crime-based tory with many crime vocabularies and everyday conversations. The pace of speech is a bit fast and with no subtitled, this is probably best for advanced learners.

This Russian talent show is very entertaining with judges rate celebrities on their impersonations of various famous singers.

It attracts anyone who loves entertainment, you can get closer to the Russian language with music. It mainly focuses on music, so the languages conversation parts are not as much as other Russian TV shows. In contrast, if you into music anyone can relate to context clues. And you can totally join in to figure out if they’re actually performing an English-language song. This can be a fun way to learn general vocabulary with entertainment words.

The show follows Angelica Vershinina, she is an intelligent third-year student that learn Journalism. It tells a dramatic story of a girl likes a boy and al the drama in between. The twists somehow unexpectedly, which make this series exciting and funny.

What you can learn

Viewers are exposed to modern Russian sounds. Actors speak a little bit faster any language learner would be able to pick up. However, the language is excellent for practicing listening. The words are not too complicated, and you can catch slang words in the Russian language in most of the dialogs even though you aren’t fluent in Russian.

In the era of digital life, it is easier for people to learn a new language. You can find a lot of Russian TV shows online, it is the best way to learn Russian for free. Whatever show you choose, you can’t go wrong. Listening to common conversations is a great efficient way to learn how to put a sentence together. You can learn Russian by yourself effectively and efficiently by watching your favorite Russian TV shows.