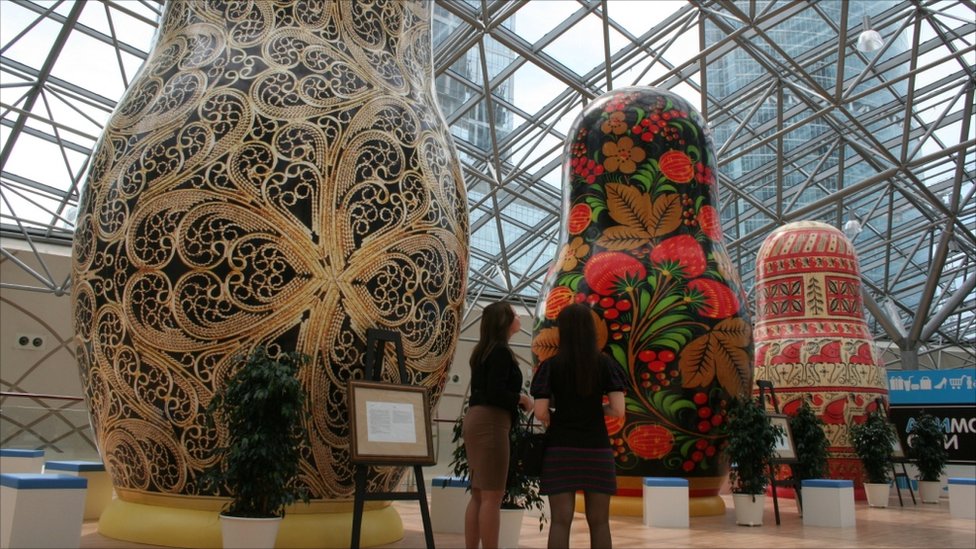 This second largest city in Russia offers many fun and enjoyable activities for all ages, in the form fascinating museums, planetarium, and aquarium, as well as beautiful parks and gardens. So, going for a holiday with family here is definitely a good decision. Here are 8 best places to visit with family during holiday in St. Petersburg.

St. Petersburg offers a large number of museums for children and family. One of them is this museum of dolls, which displays more than 5000 dolls from various countries. While the word “doll” is often associated with children or even girls, this privately managed museum offers many exhibits that may actually be enjoyed by adults, such as puppet shows and musical performance in the theatre.

The highlight of the museum is the master class workshop, where both adults and children can have the experience of making dolls from materials such as cloth, straw, and paper with the assistance from local artists. They will teach and give instructions on how to make peasant dolls, for example, that are quite easy to make. The doll can also be taken home later, as a handmade souvenir.

While the observatory here has the largest refractor telescope in the whole St. Petersburg, observing phenomenon that happens in outer space, such as the movement of sun, planets, comets, and galaxies, is not the only thing you can do here. Here you will also be able to experience sophistication as you walk through the interactive hall with virtual reality technology attached to it. The Space Travel room allows your children to have a virtual intergalactic flight, where they can learn about planets and stars in a fun way. Another enticing exhibition is the Hall of Entertaining Illusions, showing optical illusions that we often misinterpret.

Located in “Neptune” shopping center, this is the first oceanarium in Russia, and actually the only one in the city of St. Petersburg. There are 41 aquariums inhabited by more than 5,000 fishes and 200 species of other aquatic invertebrates from various countries. The aquariums are divided into zone of thematic areas, based on the environment/origin of the inhabitants. Here you may also see regular performances, such as shark show, as well as seal and sting-ray feeding show.

will have the experience of seeing the replica of the prehistoric animals. There are 18 dinosaurs moving and opening their mouths as if they were alive. The children’s favorite is obviously the Apatosaurus, which greetes the guests at the entrance, shaking its head. Aside from the replica, Dino-Park also offers attractions, such as carousel and gaming machines for kids, as well as darts, hockey, and basketball for adults. No wonder this park is one of the best places to visit with family during holiday in St. Petersburg.

If you’re planning to go to St. Petersburg between May and October, you have to go to this one of Russia’s most famous tourist attractions, as all the 147 fountains are turned on in this time period. You and your family will be amazed on how each section of the park’s fountains is turned on one by one in harmony, as the classical music, fireworks, and other entertainments are being performed. Your kids will also have a lot of fun playing with the trick fountains, as well as walking through the parks and taking photos in front of the statues.

This is one of the largest nature history museums in the world. The museum displays almost 30,000 specimens from around the world. Here you can find the skeleton of the southern elephant, as well as the mummified mammoth. There are many expositions divided into categories, such as fish, insects, invertebrates, birds, reptiles, amphibians, and mammals. Aside from that, this museum also offers basic excursions, such as museum tour delivered both in English and Russian, also the modern theory of evolution, where you can learn the pre-Darwinian evolution theory versus the post-Darwinian ones.

Pirate’s Park is a theme park imitating a pirate island. It is actually the third amusement park of the Happylon franchise opened in Russia. Your whole family will have a fun adventure here, as the attractions appeal to both children and adults, such as Free Fall Tower, Tsunami, Typhoon, and bumper cars. Your children will also be able to have a whole new experience here, as they may try extreme rides and video simulators suit their ages. There are also a 5D cinema showing movies about pirates, and a mini bowling alley where family can play this undoubtedly one of the most fun games played in groups.

This museum was founded in 1997, which was created not only for displaying toys, but also for studying toys as one kind of art inherited from ancient culture and tradition coupled with the trend of modern arts. Here you will find more than 15 thousand toys from the Russian and Soviet era of the 16th-20th century. The most valuable collections are including the 20th century toys from Africa, and Indonesia’s Wayang Purvo, also from the 20th century. This way, your children will be able to image what ancient toys were like, compared to all the sophisticated modern toys from the present time. Visiting this museum will surely be an educational experience which can also bring you joy.

Those are the best places to visit with family during holiday in St. Petersburg. There are obviously more places that may also be considered. However, those 8 are the ones which are recommended the most.