There are many things we can associate with Russia. The people are known for their serious facial expression and very low interest in chit-chat. Russia is also famous for its popular poets and writers that contribute many great works for the world of literature. Besides that, people also know Russians for their love of vodka. 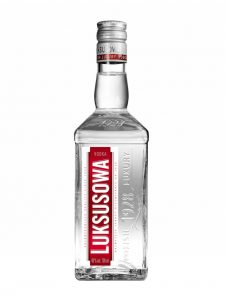 Russians drink vodka on many occasions. They enjoy this alcoholic drink when they are having dinner. They will also have the company of vodka when they are hanging out with their friends. It has been known for a long time that vodka goes great with many kinds of Russian dishes, such as pickled mushrooms or herring with boiled potatoes.

Russians habit of drinking vodka grows because they also believe – and this is backed by some facts – that vodka is healthier than other alcoholic drinks. During the process of making it, normal vodka goes through several times of distillation that makes vodka does not contain fusel oils, by-products that will cause heavy intoxication. Hence, the slight hangover. It is true that vodka originally comes from Russia but this drink has become popular all over the world. Many people love this beverage and even make it as their favorite. If you are one of them, you must have heard the word potato vodka. So, what does potato vodka mean?

Vodka originally comes from Russia and Poland. The composition of vodka is very simple. It mainly consists of water and ethanol with a few impurities and flavorings. Looking at the composition, you must be wondering, what does potato vodka mean then? The term potato vodka comes from the fact that, traditionally, vodka is made by the distillation of the liquid from cereal grains or potatoes that have been fermented. But, nowadays, you can find some brands that instead of using cereal grains or potatoes, they use sugar or fruits as the base.

So, why do the manufacturers or producers choose potatoes? The most important thing is to use plants that rich with starch or sugar. That is why today you can find many kinds of vodkas. You will find a lot of vodkas produced from grains, such as rye, wheat (vodka made of these grains considered as the superior one), corn, and sorghum. But, if you want to know the taste of potato vodka, worry not! You can still find it because some producers prefer to keep making vodka in its traditional way.

Potato is not the only plant used to produce vodka. As stated, grains, fruits, and sugar are also other options that have been used as the base. You can even find some vodkas that use some other plants such as molasses, soybeans, grapes, rice, and sugar beets during the distillation. Even the by-products of oil refining or wood pulp processing are even in the list of ingredients that can be used for the making of vodka! Fascinating right?

Now that there are so many plants and non-plants that people use to make vodkas, there is a discussion in the European Union that has the target of determining the standard of vodka. Europe has a way to divide their regions based on the country’s association with alcohol beverages (beer, wine, spirits) that is called as the alcohol belts of Europe. One of them is the Vodka Belt that consists of countries that are the significant producers or consumers of vodka.

The members of The Vodka Belt believe that they must make one definition of vodka. They believe that the making of vodka must follow the traditional method which means using the grains, potato, or sugar beet molasses as the base. With this reason, they insist that only if a spirit is produced from one of those three plants that are allowed to be branded as “vodka”.

The argument about this ended with a compromise. The compromise that was made in 2007 regulated that if vodka is produced from non-traditional ingredients, the produce must state it clearly on the label. The Polish producers, like one of the inventors of vodka, are not happy with it. But at least they can still claim that the traditional vodka is the best one.

Potatoes were used to be luxury products. They were even associated with rich people. But then, in the 18th century, Countess Eva Ekeblad, a Swedish scientist, found that not only potatoes can be used to produce flour but also alcohol. Potatoes then became crops for the masses ever since that great invention. It is for sure not an exaggeration to say that that was a great invention because thanks to that, the 24-year-old Ekeblad was admitted to The Royal Swedish Academy of Sciences.

The only time when the use of potatoes to make vodka declined was in the 19th century when the great potato blight happened. Other than that, the use of potatoes kept increasing for the next 200 years. Unlike the wheat or grain, potatoes need to be peeled off before being used in the production of vodka. That is why, among the traditional ingredients of vodka, producers that use potatoes are the one that needs labors the most.

It is true that in comparison with the wheat and grain, potatoes require an additional step before being used in the distillation. But the long process of the potato vodka is worth it. The texture is heavier than wheat or grain-based vodka. It will also leave a dense feel in your mouth. But, when it comes to flavor, it has a more natural sweetness. This great quality is what makes vodka is the most suitable alcohol when you want to make a cocktail. Instead of overpowering the taste of fruit juice in the cocktail, it will balance it out and make your cocktail taste perfect!

Now, we have learned what potato vodka means. Interestingly, a mass crop like potato is used to produce vodka, right?