Writers are considered as intellectual people with good imagination and capability of observing and telling stories. It is not an easy job because it also requires a very high focus and a bunch of reading. Writing is indeed a difficult thing to do but at the same time, it is also rewarding. Writers can touch and give impact to so many people by their works. The wider the audience, the bigger the impact.

Writer is not on the list of the most famous job in the world. The same condition applies to the Soviet Union. In spite of this fact, Soviet is one of many countries produces many great and even some of the most popular Soviet female writers of all time.

The Most Popular Soviet Female Writers

There are many successful female writers born and raised in Soviet. Some of them had even gained awards and recognition from the world. This is solid proof of how high the quality of Soviet female writers.

The Ukraine-born woman, who now lives in Belarus, showed her interest in writing since she was still studying to get her bachelor’s degree. She was a student and a reporter at the same time. Through her journalism period, she was famously known for her talent to dig up information from witnesses and create narratives based on it. Her work in journalism was included writings about the second world war, the split of the Soviet Union, and the disastrous nuclear accident in Chernobyl.

Her background as a historical journalist led her way to write in the nonfiction genre. War’s Unwomanly Face was the first book she has ever written. In the four-year process of making this book, she visited a hundred cities to meet and talk with more than 200 women. Through this journey, she listened to women who experienced the front line of the second war and how being soldiers had forced them to forget their dreams. A very clear explanation about how women went through the second world war made this book gained attention in a very short time. After being published in 1985, it was soon reprinted and in no time, there were two million copies of this book was sold. 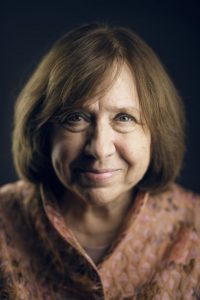 Another book that she wrote is Voices from Chernobyl: The Oral History of a Nuclear Disaster. This book covered how the nuclear accident in Chernobyl affected so many people. She met and interviewed more than a hundred people to understand their point of view of this accident and how they feel, even until now, about this particular disaster. This book, along with War’s Unwomanly Face, is named as the top two in the list of best books by Russian female writers.

One of her writings was even causing controversy. Zinky Boys: Soviet Voices from The Afghanistan War tells the story of Soviet troops who involved in a 10-year war in Afghanistan. Despite the fact that many Soviets were dead during the war and sent home in coffins made of zinc, the nation did not recognize the war and even more, reject the idea that the war did happen. This book offers a compelling perspective of the war and, just like all of her works, and the honest testimonies of the people affected by the war.

Not only that millions of copies of her book have been distributed worldwide, but the Belarusian Woman also gained a very exceptional award. On 2015, she was awarded The Nobel Prize of Literature for her outstanding historical writing. This undeniably shows that she belongs in the top list of the most popular Soviet female writers.

Lyudmila was born 76 years ago in Davlekanovo, a town in Russia. She got her bachelor’s degree from Moscow State University where she learned about Biology, specialized in genetics. Her first published literary work was a short fiction which appeared in Ogonyok magazine in 1990. This particular work caught the attention of Sergei Kaledin, one of the most notable Russian writers in the fiction genre. Kaledin and his wife, who was a book editor, then supervise Lyudmila in the process of publishing her first compilation of short stories called “Poor Relations”. Twenty years after bringing it out to the public, the book has been reprinted and published in ten countries. This is a very huge success for Lyudmila. 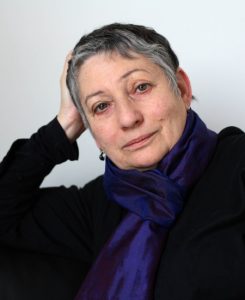 Lyudmila then wrote her first novel. Just like her short stories collection, “Sonechka” got very famous in a very short time. This book tells a story about Sonechka, a book lover and a librarian who met her husband in the library where she worked. After getting married and started her life as a mother and a housewife, the drama started. Her husband had an affair with a beautiful girl called Jasia. Sonechka, with her motherliness, saw this situation with mercy, that even after her husband sudden death, she decided to take care of Jasia. This family-themed novel which written from a woman point of view got nominated for Russian Booker Prize. This is the highest prize awarded for fiction book written in the Russian language.

Her second novel covered a bigger theme. “The Kukotsky Case” explains the life of Kukotsky, a gynecologist who got involved in many cases of abortion, which considered illegal in Russia by that time. Many critics recommend this book for its fresh viewpoint of families and women during Stalin’s era. On 2001, this book achieved a very high recognition when Lyudmila won the Russian Booker Prize. The book’s success continued when Yury Grymov, a Russian film director, adapted “The Kukotsky Case” into a television series which then aired in 2005. Appreciation and awareness from a very large audience definitely make Lyudmila deserves to be one of the most popular Soviet female writers.

The Russian woman who was born and raised in Yekaterinburg already showed her enthusiasm in literary since she studied for her bachelor’s degree. She learned about Journalism at the Ural State University and graduated in 1981. A few years after graduation, she published her first novel but did not get much attention until she put out “A Dragonfly Enlarged to The Size of Dog” in 1996.

This is a book about no-male family consisted of a mother and her daughter with a broken relationship between them and the Brezhnev period as the background. This particular book, which considerably her most philosophical book, immediately gained success. It is even acclaimed to be one of the best Russian literature. It was proved by its achievement to be in the shortlist of the Russian Booker Prize in 1997. Olga herself admitted that her books are not easy nor comfortable to read.  In spite of that, she wants to be more focus not only in writing books with difficult themes but also in an intriguing story plot. 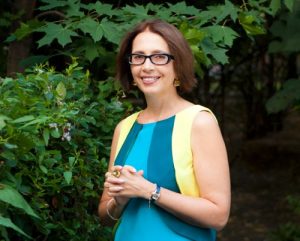 After that first big acknowledgment, Olga got other prizes for her other two popular novels. “Alone in The Mirror” was the winner of Pavel Bazhov Prize in 1999. The same novel was shortlisted for Anti-Booker Prize, a Russian literary award set up by newspaper Nezavisimaya Gazeta. Her other novel that was also an award winner was “The Man Who Couldn’t Die”. This is the story of a wife and her stepdaughter who tried to prolong the life of a paralyzed veteran so they get the benefit of his pension. Marina, the stepdaughter, took advantage of his stroke stepfather by reading him made-up stories about post-Soviet events that never happened.

Later, Nina, the wife, discovered that turned out her husband had already planned to kill himself to end their pretense.  For her both lively and dark story complemented with post-Soviet history, Olga was awarded the Apollon Grigoriev Prize, a Russian literary prize made as an honor to Grigoriev Prize, a poet who was also famous for creating art songs. “The Man Who Couldn’t Die” was also shortlisted for Belkin Prize and the National Bestseller Prize.

“2017” was her most recent novel. It was published in 2006.  This book is a story of a gem-cutter named Krylov who the befriended a professor who also a treasure-hunter. His friendship with the professor led him to a non-conventional relationship with a girl named Tanya. Turned out, his ex-wife felt intimidated by this relationship. Along in the story, there was a spy observing his secret meeting with Tanya. Olga’s humor and capability in creating an extraordinary love story made her deserved to get The Russian Booker Prize for this particular work. “2017” is constantly praised for putting up together a love story and realism while also showing Urals folklore and giving the picture of the gemstone industry.

Nowadays, Olga works as general director of the Debut Independent Literary Prize. This prize is specifically aiming for under twenty-five young women Russian-language authors. Each year, this prize received thousands of entries not only from former Soviet Union countries but also from all over the world. This is a good encouragement for many young female writers all over the world and it makes the Debut Prize as the most influential Russian attempt to help young women writers to grow. Olga also a part of some organizations, such as Union of Russian Writers and the Russian PEN Center. Other than that, she is involved in the committee of the Russian Booker Prize. For her exceptional novels and her contribution in literary, Olga is indeed and undisputedly one of the most popular Soviet female writers.