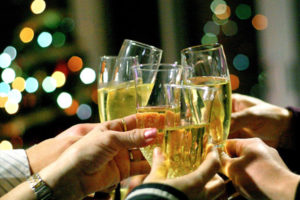 Each culture has it’s own uniqueness and differences. That’s why, it won’t be surprising if some things that seem normal to one culture might seem odd to another. The most common one would be wearing shoes inside one’s home. In certain cultures, this might seem like an offensive thing to do while in other places, no one would bat an eye about it.

The differences in cultures can be a funny thing and you might be wondering what are the things Russians do that Americans will find “weird”. You might also want to read more articles about Russian culture such as Valentine’s Day in Russia, Wedding in Russian Style, Even Numbers in Russian Culture, Odd Numbers, and Russian Meal Time Etiquette

Drinking often comes with several toasts and short toasts just doesn’t sit well most with Russians. Simply “За здоровье!” is not enough which is the Russian equivalent to “Cheers!”. The literal meaning of “За здоровье!” is “For health!” and these simple toasts may vary depending on the occasions. They also can direct these short toasts to someone specifically and say “To your health!” instead of just “For health!”.

However, more often that not, Russians will tell long stories from their life or anecdotes when it comes to the classic toast. These toasts are more likely to happen at serious events or parties such as a wedding party or a funeral banquet. More informal gatherings would have shorter toasts yet they have their own standard toasts as well, starting from “За встречу” (To our meeting) to  “За наших милых дам” (To our lovely ladies) and ending with “На посошок” which is for the last toast.

2. Dressed to The Nines

Any occasion is an occasion to dress up. Even for something as simple as walking the dog or going to the store, Russians will dress themselves up, as long as it is outside of their homes. This just aren’t the case for most Americans though. Unless it’s a formal occasion, Americans usually dresses very casually and they may find the Russian culture of “dress to impress” rather weird.

Russians are extremely superstitious. As a matter of fact, this trait passed down from generations to generation. There are many superstitions that Russians have to watch out for. Some of the most well-known superstitions are:

Americans might have some similar superstitions, however, they do not always believe it to the same level of degree as Russians. As such, the way Russians carry themselves to avoid these bad luck superstitions can seem weird to non-Russians, like Americans.

4. Visits Must Come With Gifts

A tradition of hospitality, Russians are great hosts and treats their guests very well. Food or drinks will always be offered to guests who visits their homes. In addition, there will be different kind of beverages as well depending on the guests, time of the day, and economic backgrounds. It is considered rude for hosts to leave guests unattended or without a treat. On the other side,  it is considered rude for guests to visit without a gift at hand. If the hosts family have children then a treat for the kids is in order as well. It doesn’t necessarily have to be souvenirs, it can be just a box of chocolates or a bottle of wine.

In contrast, American hosts do not expect a gift when guests visit their homes. Americans have their own set of expectations and etiquette when it comes to home visiting. That’s why the must-bring-gifts tradition of Russians might seem jarring to Americans. Regardless of the culture, however, any hosts will definitely want to treat their guests very well and welcome them to their homes. This is a trait shared worldwide and something everyone can agree with, no matter where they come from.

Russians love to re-watch old cartoons. Some of the famous old cartoons are “Nu, Pogodi!”, “Snezhnaya Koroleva”, ” Vinni Pukh”, and “Bremenskiye Muzykanty”. Long ago, cartoons were a cultural phenomenon and not just as entertainment, but they also show the public mood. Just like how Russians strive to preserve their culture, nostalgia of the past is something special for Russians as well. This nostalgia includes old cartoons as a way to reminisce about the past. On the other hand, this isn’t a tradition that can be found in the American culture and Americans might find Russians “weird” for doing this.

Those are the 5 things Russians do that Americans will find “weird”. Hopefully, you enjoyed reading the cultural differences between Russia and America. In addition, you can read up personality traits of Russians for more information regarding how Russian people behave. Other parts of the Russian culture that Americans might find “weird” can be read in the Russian culture category.