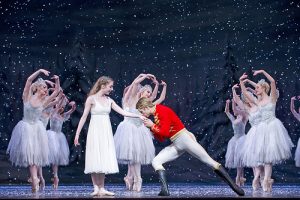 Russian culture is always interesting to discuss. And for you Russian lovers, of course you know that Russia is the country where ballet develops. Ballet is a classic and theatrical dance that is very famous in the world. Who doesn’t know ballet? Even in some countries including Russia, ballet schools are still in great demand. Russia gave birth to many world-famous ballet composers. And one of them is Pyotr Ilyich Tchaikovsky.

Russian famous composer Pyotr Ilyich Tchaikovsky has produced so many famous and phenomenal works to date. Of his many famous works, swan lake and nutcracker. These two works are in great demand today. And in this article, we will discuss in full about the Tchaikovsky Nutcracker.

The Nutcracker was adopted from the story of The Nutcracker And The Mouse King. The original story is the work of German romantic writer ETA Hoffman published in Berlin in 1816. Then, many writers adopted this story in their language. Like Alexandre Dumas wrote a version in French in 1844. Then in 1892, Pyotr Ilyich Tchaikovsky adopted this story as the basis of ballet, which was choreographed by the legendary Marius Petipa.

2. The Background of The Creation of The Nutcracker.

The first ballet performance was held together with Tchaikovsky’s last opera, lolonta. Which was held on 18 December 1892, at the imperial marionky theater in Saint Petersburg, Russia. The nutcracker premiere was performed by Riccardo Drigo, with Antonietta Dell’era as Sugar Plum Fairy, Pavel Gredt as Prince Coqueluche, Stanislava Belinskaya as Clara, Sergei Legat as Nutcracker Prince, and Timofey Stukolkin as Drosselmeyer. Unlike a lot of current production, the premiere of The Nutcracker is played by the original children of imperial ballet school students in Saint Petersburg. However, this first performance was considered less successful. According to Alexandre Benois describing the choreography of the battle scene as something confused. He said, “one cannot understand anything. The interference pushes from corner to end and runs back and forth. Pretty amateur. ” However, many critics recognize the greatness of Antoinetta Dell’era in playing the Sugar Plum Fairy. she is very compatible with this role.

After the premiere, The Nutcracker began to become famous in other parts of the world. Like the appearance in England in 1934 which was performed by Nicholas Sergeyev after the original choreography of Petipa. And since 1952, this ballet show has become a highly anticipated annual event. Then, the nutcracker was also displayed in New York City in 1940, and in the United States on December 24, 1944 by San Francisco Ballet, performed by its artistic director, William Christensen, and starring Gisella Caccialanza as the Sugar Plum Fairy. This production produced great success. After this great success, San Fransico ballet presents Nutcracker  every Christmas night and throughout the winter. And now, the nutcracker has become the most famous ballet in the world.

4. The Nutcracker Is A Mystery Story

The Nutcracker is a mystery story and this story began when the Edwards family prepared for their Christmas party, Clara imagined extraordinary things that might happen. Her brother Frederick then teased her. And stopped by their beautiful sister, Louise. The Christmas party was extraordinary and made Clara very excited because of the many dances. Then Uncle Drosselmeyer came in with a large box from the east. The two boxes contained two sets of strange wooden warrior dolls given by Drosselmeyer to Clara and Frederick.

Clara was amazed at the little wooden little man and was even more surprised when Drossmelyer learned about the doll’s ability to break the beans. Frederick was jealous, and they fought until the doll fell to the floor. The party ended, and Clara left the Nutcracker near the tree before going to bed. And Drossmelyer threw his magic. Clara couldn’t sleep, and she tiptoed to the dark room and was surrounded by big mice. The room seems to have grown and the porcelain cabinet has become a castle. This happens because of Drossmelyer magic.

Then, the rat king revealed his presence and declared war on the Nutcracker. When the rat king attacked and tried to defeat the Nutcracker, Clara turned his attention, so that the Nutcracker could attack the rat king again. Again, the Drossmelyer uses his magic and the Nutcracker turns into a handsome man. Clara held his hand and they were taken to a snowy fairyland with snow girls who danced softly. Then they went up to the bidding board and said goodbye to the snow girls and stared at the stars. Then they headed for the beautiful garden. And Clara was introduced to Sugar Plum Fairy and her Cavalier. They look like Clara’s sisters, Louise and her boyfriend James. Then Clara told the story of the battle and her victory with the Nutcracker prince. Everyone dances in her honor, beautiful Arabic princess, French ballet dancer, and beautiful flowers.

But everything passed so fast. Clara wakes up and finds herself in her father’s arms. She went around the room and looked for where the Nutcracker prince and the extraordinary people she had just met. Could it be all dreams? When she turned to go back to bed, she caught a glimpse of Uncle Drossmelyer and her Nutcracker prince.

Even this story ends in mystery. The Nutcracker really makes everyone curious. And this story is really exciting, especially when you look directly at the ballerinas who play their respective roles. You really feel like living in a fairyland. The adventures of Clara and the Nutcracker prince are very exciting, even though it’s just a dream and magic of Drossmelyer. Because of the uniqueness of this story, The Nutcracker can become very popular today.