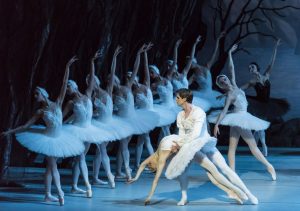 Swan lake is a ballet that is very famous in Russia and even in the world. Swan Lake has been around for hundreds of years. Of course, as time went on, there were several modifications and innovations made by ballet composers to make the fresh and new swan lake show. However, do you know who is the most famous ballet composer? He is Pyotr Ilyich Tchaikovsky.

Pyotr Ilyich Tchaikovsky was a Russian composer in the age of romantic music born in Votkinsk. A small town that is now Udmurtia. He wrote a lot of world-famous ballet music such as Swan Lake, Romeo Dan Juliet, The Sleeping Beauty, and Nutcracker. His works are highly admired in the world because of their peculiarities. His work is a mixture of western music and Russian music. This is what makes it different from other Russian composers, who usually write Russian melodies and folk music.

From Tchaikovsky’s extraordinary works, one of the most legendary is Swan Lake. Until now, this ballet has become one of the attractions of tourists. And this ballet is still often displayed in theaters in Moscow and St. Petersburg. In this article we present 4 hidden things that you may not know about Tchaikovsky’s swan lake. for those of you who are curious about the initial form of Lake Ballet Swan, then the following discussion.

1. Tchaikovsky’s Swan Lake Was Made At The Behest Of The Moscow Empire

Pyotr Ilyich Tchaikovsky is a very well-known composer of his time. Because of his success, he was trusted by the empire to make ballet compositions which would be displayed in Moscow’s imperial theatre. He was commissioned to write by Vladimir Begichev in the spring of 1875. And finally he completed his assignment in April 1876. And finally his work was displayed for the first time on March 4, 1877. But unfortunately, the beautiful Swan Lake received criticism from critics. They considered Tchaikovsky’s music too noisy, too symphonic, and not appropriate to be used as ballet music. So that this beautiful work goes out within a few years.

However, Swan Lake was not really dead. Swan Lake was finally revived by French Choreographer Marius Petipa and Lev Ivanov in 1895.

Swan lake was rejected at first. However, many of the people who admired Pyotr Ilyich Tchaikovsky’s talents. He is truly a great composer. According to many people, the music is not noisy, but it is used to show the extraordinary emotions of the swan lake story, so that the audience can absorb every plot of the story.

Actually, the swan lake music theme varies greatly. In accordance with the ups and downs of emotions in the story. As in the part of the Siegfried Prince, he saw a swan lake and odette which were very beautiful when he hunted, Tchaikovsky made high f and b minor tones. The high tone meant to make the lake mysterious more pronounced and the b minor was meant to be an introduction to sad tones. Tchaikovsky continued to make the up and down tone according to the emotions of the story. And at the end it impressed every audience. At the end, he uses a minor, which shows the despair of the request and prepares the audience to see Odette and Siegfried deaths. And after the death of the main character, he uses b minor.

Indeed, Tchaikovsky is very extraordinary. The music really made Swan Lake’s story dramatic and sad. maybe the critics criticized the music, because at that time classical music that sounded slow and slow was a trend. So that the music feels less suitable for ballet.

3. Odile Is Not A Black Swan

Odile is the daughter of an evil witch who has cursed Odette to become a white swan. And Odile is very similar to Odette. So that in the original story, by Tchaikovsky, Odile is not a black swan. The Odile figure is played by the same person as Odette. That is ballerina Pierina Legnani. In the original story, Odile uses a color spectrum costume to contrast with Odette. Like the colors of aurora, red and gold. However, at the present time Odile figure is a black swan. This is done to make Odile role more distinguishable and its role as an antagonist more visible. So they gave a black costume for ballerina Tamara Toumanova in 1941 by the Ballet Russe de Monte Carlo at the Metropolitan Opera.

4. A Complicated Story To Understand

Then, this story was updated by a French composer in 1895, Marius Petipa. He not only added stories, but also changed the storyline from the original. But for music, he doesn’t change much. Marius petipa makes swan lake with a storyline that is easier to understand by many people. Like the usual storyline. Introduction, climax, anticlimax, and ending. Not like what was done by the enigmatic Tchaikovsky.

And for his creativity in making swan lake become a fresher and easier to understand story, swan lake began to be known in Russia, not only in Moscow. Even known by the world. The audience felt that the new version of swan lake was easier to feel and its emotions. Not only certain people who can feel it.

But, that does not mean Tchaikovsky’s work is not good. His work remains legendary because he was the one who managed to design the initial story of swan lake. it’s just that he wants to make this story more unique and full of mystery.

Various stories in history have undergone many changes because of the increasing number of innovative writers. And refreshing is good, because displaying something new as long as it doesn’t make a bad image of the story. And from the swan lake story, both the original and updated version by Marius Petipa, still presents a very useful message. That evil will never win against goodness.

That is 4 hidden things you may not know about Tchaikovsky’s swan lake. after reading this article, you can see how talented tchaikovsky is. So that Swan Lake is legendary until now it is often even presented not only in ballet, but also in musical dramas or films.