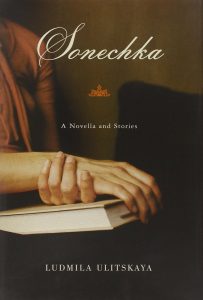 Reading may be the last thing you would ever do on Valentine’s day, especially if you have planned for a date. You might have planned something romantic, like a dinner, valentine’s gift or something exciting, like a movie date. Reading is simply not on the list.

Reading sounds like a solitary thing to do, when there’s no date agenda on the calendar. It’s not exactly fun to do as a couple, especially on Valentine’s day.

However, reading can be a good idea if both you and your spouse are bookworms. Or, both of you are avid fans of anything Russian. It is because the following list is about 6 romantic Russian books to read on valentine’s day. Actually, you do not necessarily have to read on Valentine’s Eve. You can present them to your date as a gift.

Russian literature has a number of options on romance reads. Be it classic novels, contemporary reads to poetry, there is a huge list to choose from. Reading Russian books provide insight into the country’s culture and history. It is educational as it is entertaining. Do peek at the list of Russian classic reads for more curation of books.

1. Sonechka: A Novella and Stories by Ludmila Ulitskaya

More than anything, Sonechka is a novel about women. Meet Sonechka, a quiet librarian who is a bookworm. She later turned into a devoted wife and a loving mother when she married Robert. They had a daughter named Tanya. Each character was intriguing, with their good traits and also flaws.

This 1998 novel dabs into family, love, and marriage from women perspective. It offers an adventure readers could have on navigating family life in Russian past. The book also describes a lot about ego, which drove the characters to their antics. Overall, Sonechka is about women and their relationships with men, other women, and their culture.

Who doesn’t know Anna Karenina? Even non-book lovers can recognize the title and relate it to the 2012 movie starred by Keira Knightley. Anna Karenina tells a story about a woman who’s trapped in a loveless marriage. She went into an affair with Alexei Vronsky. How did she juggled and struggled between her marriage life, her affair, and her relationship with her son?

Anna Karenina is one of Russian timeless classic. Published in 1877, the book is perfect for anyone just beginning to dip into Russian literature. The novels’ main theme is love, family, and betrayal. In a larger perspective, Anna Karenina also deals with life, especially women, during Imperial Russia and the intellectuals circle during the time.

First love is a short novella published in March 1860. It’s a love story between a 16 years old boy and 21 years old girl. Vladimir was struck by lovely Zinaida, which sadly did not consider him more than a brother. The story has quite a twist toward the end. The ending is mind-blowing as it is contemplative and sad.

If you’re looking for an introspective story about first love, then give this book a go. This 19th century coming of age novel will shower you with relatable feelings one often experience in young love. It’s a story about growing up and beginning to enter adult life. The lesson learned from First Love is that they’re important for one’s self-growth, regardless of how it may end.

4. The Lady With The Little Dog by Anton Chekhov

The Lady with the Dog is a short story written by Anton Chekhov. It narrates a story about an affair between Dmitri Dmitritch Gurov and Anna Sergeyevna Von Diderits. Both people are married, but unsatisfied by their partners. Considered as one of the best short stories ever written, this short story is for anyone looking something deeply emotional.

The Lady With The Little Dog manages to capture the characters emotion with its simple, yet beautiful writing style. It describes how desperate it is to start something new together in 19th century Russia. It’s both heartwarming and heartbreaking. Certainly romantic, you can add this story to your reading list for valentine’s day.

5. Love Is Never Past Tense by Janna Yeshanova

Moving to Soviet times, Love is Never Past Tense is a classic Russian Romance written in the post-soviet era. It’s a true story, telling about two lovers who got married only to divorce several months later. The novel explores the protagonist’s struggle about their series of a decision, which influenced by external forces, from family to political situation.

Love Is Never Past Tense offers behind-the-scenes look over the collapse of the Soviet Union. How real people are affected by the situation. The two protagonists were forced to live their separate lives, with their own family and career. Later, a reconnection by email sparked up a passion that once was lost. What happened then? Grab this book to find out.

Introducing, triangle love of Yury Zhivago. The protagonist of this novel is torn between two women, his wife and the woman she met during a battle. Doctor Zhivago tells the internal struggle of Yury, as well as the external struggle with the Russian Civil War and World War. This novel is awarded Nobel Prize in 1958, much to the contempt of the Soviet Union government.

Those are the book worth to read during Valentine’s Day. You can get them at the library or nearby bookstore. Some of the titles are public domain, which means you can get them for free at websites such as Project Gutenberg. Happy reading!