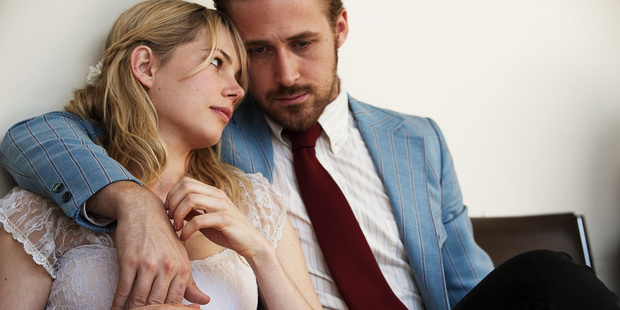 Valentine’s Day is getting closer. The day of love is a perfect opportunity to have a sweet loving time, either for your romantic partner, friends, or family. Are you planning for some activities? People usually go out for dinner or have a romantic date. However, if you don’t have enough budget (or time), consider watching a Russian movie instead.

Russian movies can be a great alternative from Hollywood ones. The movie scene in Russia is quite interesting. From classic The Irony of Fate to the latest 2018 rom-com I’m losing weight, Russian movies are rich with options. Not only that they are entertaining. They are also insightful if you’d like to learn Russian culture and customs.

Russian movies can also be a great way to improve your Russian language learning. Instead of learning in classes, watching movies is way more fun.

Back to Valentine’s Day, here is the list of 6 best Russian movies for your sweet valentine’s day. Enjoy them with your loved one and have a great date!

I’m losing weight is a hilarious, light-hearted rom-com who would make you and your loved one laugh for the entire movie. It is a story of Anya, a young woman who gets dumped by her boyfriend because she’s gaining weight. Her boyfriend is a fitness coach, to make matters worse. Anya then determined to start losing her weight, with the help of her best friend.

Along the way, she also meets the guy who also helps her will all the training and exercise. As their friendship develops, Anya starts to realize that’s there’s something bigger than an ideal body.

This film is not just a great comedy. It sends a message about body positivity, friendship, and love. All delivered in an entertaining way that will make your Valentine’s Day an enjoyable moment.

This film is actually released on February 14th, 2017. It’s definitely a movie for Valentine’s day. Ice tells a story about a girl who has to put her figure skating career on halt because of injury. Her situation seems to be hopeless. Until she meets a hockey player who makes her believe again that everything is possible despite adversity.

This movie can be a good option for your Valentine’s Day binge watching. Let this story about hope, friendship, and struggle inspires you and your loved ones this year. This movie is released in 2017, do not forget to check other movies in the same year.

Vitaly thinks his life is perfect. He has a decent job in Moscow, an apartment to live in. His life seems to be in order. But it’s not until he meets the girl next door. To make matters worse, she’s underage. His seemingly adequate life becomes inadequate now. What to do in this situation?

Starred by Ilya Lyubimov as Vitaly, this movie explores what it’s like to have a quarter life crisis. It’s about life to be traveled with new enthusiasm, vigor, and possibilities. The two characters have good chemistry. They complement each other in their acting and quirk. This movie can be a funny but deep watch during your Valentine’s night.

Ready from some twisted love story mixed with a classic Russian spy plot? There’s a Russian psychological/thriller for that. A Driver for Vera is a story about a cadet in the Red Army who got married to the daughter of a general. The daughter is sick and disabled. Viktor, the young cadet, is then involved in a plot to spy the general, Vera’s father, for KGB. See? Drama!

How does the story unravel? Watch yourself to find out. A Driver for Vera has won several awards and was submitted to Academy Awards for Best Foreign Film category. This enthralling story is worth to put on your watch-list during the valentines day. The movie is a Ukrainian-Russian co-produced movie.

The Irony of Fate. That’s the movie’s title in English. It tells a particular story about a man who gets drunk and flies into Leningrad unconsciously. In Leningrad, he mistakenly thinks that he’s still in Moscow, his hometown. He goes home, which happens to have the same address, same Soviet-style apartment.

In that apartment, he meets a woman named Nadya. He falls in love with her, although at home, he has a fiancee!

The Irony of Fate is the most popular movies from the Soviet era. It’s hilarious, considered one of the best Russian romantic comedy of all time. Not only that the movie guarantees you to chuckle all along but also gets emotional in the end. Prepare for a heartwarming love story in a scenario which seems unlikely to happen.

Another hilarious rom-com from the seventies and from the Soviet Era. Office Romance is one of the highest grossing movies in Russia. It tells about Anatoly and Ludmilla. Ludmilla is the boss, and Anatoly is her subordinate. Ludmilla is famous around the office as a very strict and stern boss.

However, an unlikely friendship begins to happen between Ludmilla and Anatoly. It starts with Anatoly wanting a promotion. The two begin to talk and soon Anatoly figures out behind the hard shell od Ludmilla, lies a very warm-hearted and nice woman.

Guess what? The two fall in love with each other.

This movie is definitely a must watch during Valentine’s Day. The heartwarming storyline will make anyone’s heart flutters and filled with warmth. It’s also hilariously entertaining, so you’ll get plenty of opportunities to laugh yourself out.

Those are the 6 best Russian movie for your sweet valentine’s day we give you. Enjoy watching and have a very nice Valentine’s Day!