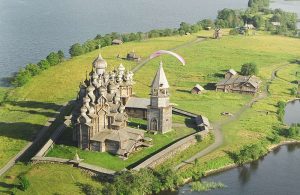 The beauiful scenery you never seen before. The beauty of nature among all of seas, islands, forest, mountain, and mesmerizing cities that make you adore it. We served to you this article 10 Place You Should Visit In Russia to See The Beautiful Scenery. Lets jump right in !

Vladivostok is located near  Ocean Pacific and Korean Peninsula which is means the beautiful scenery that you will seen is a beauty of both nature and mix cultural. There are modern architecture which design as modern western. So, you could see both beauty of Europe and Asia here. Well, there are food of Vladivostok had such as continental food, seafood, and mix from both Asia’s cuisine and Europe’s cuisine.

Volgograd is served to you if you want to know more about Russia’s historical story. Volgograd is an eye for historical story, if we discussed back about World War II, Volgograd is the city where the WWII started to. Volgograd also have the monument of history that can add you knowledge about Russia’s history. There Motherland Call Statue which also named as Russia’s Liberty Statue. One of the important statue in Russia and also one of the list of your travel in Russia. See Also 5 Best Cities to Visit for Russian Nightlife Party

Krasnador is a one place to go for you. Because of the strategic located, this city was exactly the should on your list for travel in Russia. Especially in summer, Krasnodar had it all in once. Kranodar have Azov Sea in the north and Black Sea in the south. Krasnodar have the most known place, called Sochi. Sochi become a popular destination right after Winte Olympic in 2014.

Lake Onega is the Second largest lake which had freshwater. Lake Onega also had  Church Transfiguration, an amazing  building which is built by wooden architercture like in a fairytale stories. Lake Onega now become the most visited in Russia. Lake Onega is also being hosts in Russia’s Sailing Regatta and Wooden Boat Festival for every year. See Also 10 Mysterious Citites In Russia You Are Not Allowed To Visit

We often mention about Kamchatka for you, isn’t it? Kamchatka had it all. Valley of Geysers which located in Kamchatka Region is one of the famous nature Russia’s had.  The Valleys Of Geyser is a deep canyon of the Geyser River with mud pots and waterfalls. One thing you should know about this Valley is, this Valley is the second largest geysers had in the world right after behin Yellowstone Park.

Altai region have a fact that will shock you the most. First fact, Altai Region is located in heart of Asia’s. Second fact is, there is a spots on Altai Region has the equal with 4 oceans. Really?! Next fact is, because of the beautiful scenery in Altai Region, everyone can be a photographer in this region. If you had a photoshoot in this region, in any angle of this region, the photo results will always be nice and look so stunning. See Also Best Time to Visit Russia to See Fallen Autumn Leaves

Irkutsk is a place for beautiful stunning churches, rich culture, charming museums and theaters , and a well-known wooden houses Siberia’s modes. Irkutsk as the closest city to go to the deepest lake in the world, Lake Baikal. Have a night in both Irkutsk and Lake Baikal will give you another great expreience when visited Russia.

Another famous attractions for tourist are Olkhon Island, Small Sea, and Sandy Bay which have the best diving spots. Its better for you to visit Irkutsk and Lake Baikal in summer weather. Because in winter, Lake Baikal will frozen, so you can’t see the beauty scenery on it. One thing you should know is, Irkutsk well-known name as the Paris of Siberia.

Ulan Ude was located on Mongolian border, and have a beautiful Buddhist Temple. Is it Russia have a Buddhist ? YES, RUSSIA HAVE. It proves from this city which is full of Buddhist things all over.  The Buryats are the largest ethnic group that live in Ulan Ude which is closely related to ethnic Mongols. You should visit this place to see the beauty of Buddhist and the Buryat ethnic. See Also Locals suggested you not to visit these 6 haunted places in Russia

We had done explaining to you about 10 Place You Should Visit In Russia, To Seen The Beautiful Scenery. Hope this article will leads you to visit the beauty of Russia. The beautiful scenery in Russia was very incredible and eyegasm. You should visit the 10 place we had mention for you. Find the beauty of Russia.