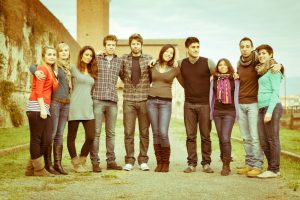 12 basic facts about life as Russian (you should know)

Russian population is considered as small and unevenly distributed compared with its large territorial area. There are only around 144, 3 million of population which about 68% of it lives in the European parts –mostly in St. Petersburg, Sochi and Irkutsk – and the rest inhabits little part of Siberia – especially along the trans- Siberian road. Having small population, life as Russian actually has basic facts that you should know. Below are the basic facts about life as Russian:

The existence of numerous theatres and cinemas in all over Russian is the reason why the people are so fond of the live performances. The theatre provides a range of entertainment from live opera, symphony concerts, musicals, ballet, drama, movie, premieres, etc. The tickets are affordable for not only Russian but also for foreigners.

Compared with some west countries, Russian consider themselves as much less individualistic. The things usually can be settled in a good way through family, friends and acquaintances.  This also makes them to be get friends easily with outsiders than the common westerner’s people.  The key point is find the right people and everything will be easy.

3. The majority of Russians consider themselves Christians

Long time ago, Russia is an atheist country and it last for more than 70 years. Nowadays, Russian has a certain religion and the majority of them consider themselves as Christians belong to the Orthodox Church. This belong to great change to the country, even though not all of them become Christian devotes. They rarely go to the Church for weekly pray and just attend for important request pray such as a business deal, en exam, baptisms, wedding and funerals.

Although Russia is modern country, the people is still believe in myth. The beliefs come from their old generations and still last until now. One simple example is the family dish in New Year’s Eve should be festive with the hope of the prosperity new year ahead, otherwise the entire year will not be granted.

Having full support from the government in terms of education and knowledge, Russian people surprisingly knows everything. They know the basic general knowledge, until history, literature, music, geography, foreign language and more. Besides get the knowledge from the school which is free in tuition, Russian also read a lot of books. They often buy 5-10 books a month and no need to worry about the price because it’s cheap.

6. Russia has the highest education level in the world

It is not surprising if one has university or college degree, even having Ph. D is also not a big deal. The fact is that almost 45% of the population have that university degree.  The education system in Russia belongs to the World Best, providing its people with good knowledge and for middle until higher degree. The people are very clever intellectually but sometimes rather lack in good manners.

Russia has strong historical backgrounds, so they grow to be a tough people. So, the way they socialize also seems to be straightforward, they are kinds of people who would say what they think straight without hesitation, the best point is that there will not be misunderstanding after that. It is so Russians if they meet or phone each other and they just go straight to the point, no chit chat conversation. For foreigners, don’t think of it as rude, it’s just their way of communicating.

8. Russians do not consider their life miserable

Russians as the victims of war, both cold war and also the fall of Soviet are the optimistic people. They don’t see it as the thing to feel sad and miserable, but rather the feeling of change for better future. They also do not compare their life with other western country life, because they always keep in mind that everything will start to work out, everything will be better. And now it gradually has change in better condition, in all aspect or life.

In fact, Russians are warm people, friendly and could be extremely funny. They may have cool image, never smile people and serious people, especially those are the real condition you find when you visit Russia. But in reality, they are not like that. It’s just the unwritten norm for Russian to show serious face while in public places –in the metro, the streets or in the stores-. The must know rules in Russia is “it is impolite for being too loud and for showing too much emotion in a public space.

10 Russians love their country very much

Russians should be very fond of their country, why they should so? Because looking at every aspect, they have everything grand, they are world largest country citizens in the world, they have rich history and various cultural monuments, besides they also have rich natural resources- can be said the largest in the world.  That’s why they must be very proud of it.

Going through such long unpredictable and unstable situation since the Soviet period has made the people to be adaptive. Russians are forced to get used to situations where everything is changing times to times. Thus, the revolution means the new rules and laws. And this make the impact on their life, one day they can feel happy while the next day they might feel the opposites.

It has become custom tradition that alcohol is a must for almost every occasion in Russia. The people do love alcohol, especially vodka. In a small conversation, they might serve vodka along with the snacks. That’s a common thing and not considered as alcoholic.