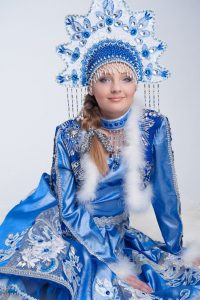 Christmas celebration… Of course, you are all familiar with this celebration, right? Every country has its own tradition to celebrate Christmas. Starting from how the celebration will be celebrated to anything that must be prepared when celebrating Christmas. Usually there are several countries that have their own characteristics in celebrating.

Then is it like that in Russia too? Are celebrations in Russia different? Before answering all these questions, there are important things that I will ask you. Do you know about Snegurochka? If you don’t know it yet, let’s look at the interesting facts of Snegurochka as tradition of Russian Christmas. And also, some discussion about the question before.

Snegurochka is a character that comes from Russian folklore. Legend says if the origin of Snegurochka is the daughter of Father Frost and the Snow Queen. But for the truth, no one knows. Snegurochka have other names, such as The Snow Maiden and Snegurka. Snegurochka’s name was given to her because she was made of snow.

Snegurochka or the Snow Maiden is a very popular character in Russian culture. Especially when the celebration of Christmas and New Year celebrations in Russia. She was known as the granddaughter of Ded Moroz. But Snegurochka is not a character directly related to the legend of Ded Moroz because she had previously appeared in several Russian fairy tales. Snegurochka also accompany and help Ded Moroz when he traveled to give gifts to good children. Snegurochka is considered as a person who connects children with Ded Moroz.

When someone plays a role as Snegurochka, she must have a good personality, smart and has a lot of sense to keep the trust of children in fairy tales.