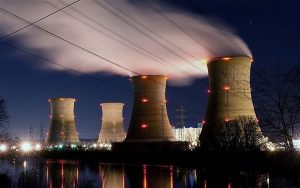 There are some countries that have not used nuclear power as fuel for electricity generation in their country.

Nuclear power is one of the energies used to generate electrical power. This type of power plant requires a nuclear reactor to produce electricity. Until now, there have been 442 licensed Nuclear Power Plants in the world. Of the total, 441 operate in 31 different countries. Electricity generated by the Nuclear Power Plant as a whole has supplied 17% of the world’s electricity.

Then, do you know if Russia is one of the countries that has a Nuclear Power Plant? If you don’t know it yet, this article will give you a little information about 7 fascinating facts about electricity in Russia.

In Russia there is mining for raw uranium. To make raw uranium into fuel for nuclear power plants, there is a series of sophisticated production processes. The results of this production process are low-enriched uranium. Low enriched uranium is a suitable material for nuclear power plants. It could be said if the actual waste is a raw material supply for the future.

Nuclear Power Plants are considered as a power plant that is far more environmentally friendly. Even when there is an accident at a nuclear power plant, it is still considered to have a negative effect which, if accumulated, will be many times lower than a power plant that uses coal, natural gas and oil. Unlike the production of hydrocarbon fuels such as oil, natural gas and coal which are decreasing, the reserves of uranium fuel are still quite high and can still be used as fuel for nuclear power plants. Nuclear Power Plant also effectively able to fight the greenhouse effect which can lead to global warming.

In 2016, Russia announced initial plans to build 11 new nuclear power reactors. This nuclear reactor will be built in 2030. In this construction, including VVER-600, a reactor designed for smaller areas. VVER-600 is the second version of the cooling circuit smaller than VVER-1200.