Many carbonated drinks have been around for a very long time. The most popular one is Coke. This soda quickly gained its popularity and has been everybody’s favorite ever since. It is really easy to find Coke in any shops. Wherever you go to any other part of this world, you can rest assure that you will not face any difficulty to find and buy this product. Even after all these years, there is no similar beverage that can compete with this internationally known beverage. 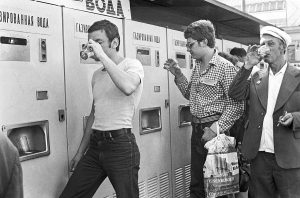 Another example of a famous carbonated soft drink is Pepsi. This drink is one of the products of PepsiCo and has the same type carbonated soft drink as Coke which is cola. They are the same type of drink but the composition is a little bit different. Pepsi has 2 more grams of each carbohydrate and sugar than Coke. It also has 10 more calories than Coke. Pepsi still cannot beat the position of Coke among consumers. Based on its overall sales all over the world, Coke is bought more than Pepsi.

In general, Coke outsold (still does) Pepsi around the world. But the situation was different in Russia. In the beginning, Pepsi’s market share was larger than Coke. But then, in 1972, there was a barter agreement between PepsiCo, the manufacturer of Pepsi, and the government of the Soviet Union. The agreement stated that PepsiCo had the right of both exportation and Western marketing of Stolichnaya vodka, a Soviet-brand vodka. In exchange, the Soviet government was entitled to import and market Pepsi.

Coke, Pepsi, and other carbonated drinks are inevitably well-known in the world. But it does not mean a similar local product does not exist. Gazirovka is one of the examples. Gazirovka, a kind of Russian Coke which is free of alcohol, is a soda drink loved by Russians. So, what is this drink? What is it made of? Let’s find out about that.

Gazirovka is a soda machine that you can find in many cities in Russia, such as Moscow. This machine is similar to a frozen drink machine. You will find a selection of many flavors of syrup. You will also find a hose where you can get the sparkling water. There are also many reusable cups on the machine you can use to drink the mix of sparkling water and syrup. Gazirovka, a kind of Russian Coke which is free of alcohol, is still famous because of its refreshing taste. People, especially those who prefer non-alcohol drink, can enjoy it during the summertime.

It is safe to say that Gazirovka is one of the most iconic things in Russia. Indeed, Coke and other products from the Coca-Cola Company such as Sprite and Fanta are all over the Russians market. But this kind of Russian coke was a part of many Russians’ childhood memories. As proof that Gazirozka is loved by Russian, up until now, you can find this drink feature prominently in not only old photos and stories from Russians parents, but also many movies.

As mentioned above, sparkling water is an important part of the Gazirovka. As an important part of the kind of Russian coke, we must be wondering, how was the process of sparkling water invention? It was invented by mistake. There is a popular Russians’ folk tale that states the history behind the sparkling water which started with King Louis I’s request of wine. The butler got confused about the kegs. The kegs he got the wine from turned out to be juice kegs. He realized his mistake right away and, as the solution, added some juice into it. Fortunately, the king liked it! Presumably, there was a name for this which was “royal lemonade”.

Some people believe that but there is also another piece of information that has been spread. History shows that the French people already drank a mixture of lemonade and mineral water in the 17th century. This mixture was called lemonade but, at that time, people could not afford this kind of drink. Lemonade was only consumed by the aristocracy.

Finally, the lemonade found a way to the Russians market. Peter The Great, the emperor of Russia from 1682 until 1725, got the recipe of Gazirovka from Europe. He also learned about the culture of drinking Gazirovka. He wanted the Russians to adopt this culture that he even had an order to drink lemonade at assembles.

Everybody knows that Russians love the alcoholic beverage, especially vodka. In spite of that, Gazirovka, a free-alcohol drink, received a great public review. There was even a time when it was common to see Russians had a machine to add a bubble to still water. They would then mix their homemade sparkling water with homemade syrup and there it is, Russians homemade Gazirovka 🙂

Nowadays you can find the “upgrade” version of Gazirovka. This Russians coke is now available in bottles. Just like any other carbonated drinks, some favorite flavors attract many people. One of the examples is Tarkhun. This one is flavored with tarragon infusion so you will taste the bittersweet of this herb in the drink. Besides that, the Duchess variant is also everybody’s beloved flavor. This one has pear syrup or pear infusion in it, which one of the varieties is called Duchess. People love the Duchess because of its notable palate and high-quality texture.

The existence of Gazirovka has inspired the invention of Russians’ homemade version of this drink. This is a very simple and refreshing drink that you can make at home. You only need a glass of carbonated water, 1 tablespoon of lemon juice, 1 teaspoon of sugar, and a slice of lemon. When your ingredients are ready you can start with putting the lemon juice and the sugar into a glass. Mix them with the carbonated water until the sugar is dissolved. It is best to serve it chilled. So, once the sugar is dissolved, store it in the fridge for a while. Before serving it, do not forget to add a slice of lemon into it.

Now we know that Gazirovka, a kind of Russian Coke which is free alcohol, is one of the Russians noteworthy drinks. The next time you are in Russia, you must find the Gazirovka and taste its savor.