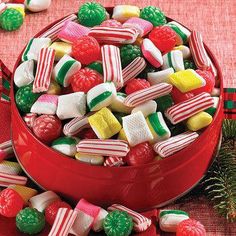 Russia Childhood Nostalgia can always refer to Soviet Candies. No matter what is the economic situation, political turbulence, falling regimes, there is always sweet production that continues to thrive. Even some of the famous Most Famous Chocolate In Russia produces a mass production during the worst economic situation.
There were no Import sweets in Russia such as Oreos, Snickers, Mars bars, or Nutella. Russia is famous for making their own signature items, that they are very proud of. Here are some of the Childhood Nostalgia With legendary soviet sweet treats.
1. Sugar And Butter Over A Slice Of bread

Things You Need To taste In Russia, include some sweet candies, meaty dishes and do not forget the famous chocolate. However, it has not always been that way. Much Russian childhood memory goes back to a piece of baked bread over some thin layers of butter and sugar on top. Other famous toppings are various homemade preserve jam, such as blueberry, strawberry, and raspberry. Russian are famous for having much natural fruit that grows according to the season. Therefore, by preserving it and turn them in to jam, enable to have them when the season change.

2. Homemade caramel – in a spoon

Some of Russian all-time sweet Legendary Uni Soviet Candies And Sweets are mostly anything homemade. The harsh weather makes common Russia preserve whatever in season in jars. Any Russian Childhood will remember the quick easy caramel in the spoon as an instant boost of sugar. A burnt caramelize sugar fresh from the stove top melts the sugar glaze. The chewy texture will grab any children attention with the sweet smell.

Soviet candies not only delicious in taste but also have some of all time unique wrapper. Many depict Russian originality that most recognize as one of the Most Iconic Food Brands From Russia. It has been that way all the way from Soviet times to present days. Chocolate and candy wrappers are always attractive.

One of the most memorable childhood legendary candies is soya minibars from Rot Front. The colorful wrapper is a popping burst of color that please the eyes. When people say you eat with your eyes first, is really true.

Soviet time is all about making a Russian version out of everything that is famous in the world. If the entire globe recognizes Coca-Cola, Fanta, and Sprite as the worldwide soft drinks, Russia already has them way before. The colorful orange, red, and green sweet are popular in Russia with names such as Buratino, Sitro, Little Bell, and Sayan. These carbonated drink still remained Russian all-time Popular And tasty Russian Beverages For Children as well as an adult.

Almost everyone has that childhood memory of vending machines to get these refreshing drinks in hot summer day and share it with everyone. It is the best memory about the times when all drink from the same glass and bound.

Children from the Soviet days recall nostalgia of having to try to it the sugary cloud on a stick and avoiding the mess it creates. It is a famous festivals sweet treats that can be sticky in the hands if you accidentally touch it. People back in these days often remember summer and also a family trip to the amusement park, zoo, natural parks, and many other outdoor venues. Its unique texture that reminds too many American flavors make it harder to find and the facts that not many vendors sell it to make it even harder.

6. Donuts from the circus

Soviet Candies and delicacy are often associated from Russian childhood memory to family trip together to the zoo, parks, circus, and the beach. Such as this Soviet donut that is the iconic circus treat. Russian donuts were not like donuts America ones. It stays loyal to the Russian trademark of having a dusting of sugar power. Moreover, for some bizarre reason, this dusting donut only exists around the circus.

There was never any shortage of sweet during the Soviet time, even the government make sure of it. All the richest ingredient that available in Russia can easily turn into a sweet delicacy. Take for example this sunflower seeds chocolate candy. No one will ever think of such a nice looking treat and delicious also, come from a simple ingredient. Moreover, its unusual huge bales and chopped form make it a familiar shape that everyone can recognize instantly. Halva chocolate has a smooth and soft texture that all people can relate and adore.

When everything is expensive and money are some luxury that needs really careful spending. Many Russian grandmas become very creative and make thing by themselves. Packed chocolate or a stick of candy can be a luxury when you are living deep in the forest away from any of modern civilization.

The village closest shop would only sell essential basic goods. This life hacks have been passed on from generations and become all Russian secret household sweeter. Since there were many milk source, so the white base and sweet treat that come from milk is highly popular. People will make milk toffee (tyanuchka). The milk various out from the kitchen stove is certainly more affordable.

Almost every house will be stocked up large quantities of preserve jams, and milk products to keep the house needs from the time when the season change and the type of things to harvest also change. Much Russian childhood memory can easily remember much simple sweet candy that is famous during that period of time that still remains a favorite to this day.