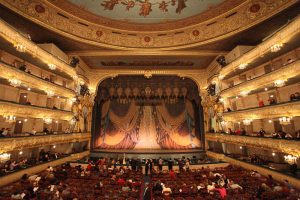 Russian history traces back even to millennia ago. This is apparent in many historical places that spread all over the country. Visitors may have a hard time to choose what to visit because of the overwhelming choices. Therefore, we’ve created a list of 10 best historical spots in Russia that will stun you up!

Nothing will feel right if you visit Moscow, Russia, without setting your foot at the famous Red Square first. Yes, there is pretty much a city square in any of European city. but Red Square is strikingly different because, well, it’s Russia’s RED SQUARE. It’s easily become number one for our 8 best historical spots in Russia that will stun you up – It’s just, special.

The Red Square is where famous Moscow’s historical buildings are can be viewed from, such as the Kremlin wall, Lenin Mausoleum, and St. Basil Cathedral. Since long time ago, It’s been an urban hub for Russian people. Many historical events took place here.

During the Soviet era, the square became a place where countless military parades were held. The Victory Parade is one of the famous ones. It celebrated Russian victory over Nazi Germany in World War II.

Sightseeing in Red palace feels like walking on a time machine. Russian history is unraveled at that point that requires more than a couple hours to learn. At the same times, it is like walking at architecture exhibition where the Kremlin and St. Basil Cathedral are the main sights. It’s wonderful to just take a walk here.

A masterpiece of 17th-century Russian architecture, St. Basil Cathedral is known for its unique colorful exterior and onion-like domes. This cathedral was ordered to built by the famous Russian Tsar Ivan The Terrible. The tsar wanted to build the cathedral different than any other Byzantine cathedrals during the era. Legend says that the tsar ordered the architect eyes to be blinded so he would not build the same building afterward!

The unique exterior design of the cathedral is a resemblance of burning bonfire. Its colorful exterior is painted during the 17th century to depict heaven according to Book of Revelation. There are 10 churches inside the cathedral. The cathedral itself located in front of the Moscow’s Red Square, standing as a magnificent backdrop.

Moscow Kremlin complex host 5 palaces and four cathedrals. they’re enclosed within a wall called the Kremlin wall. It was once the home of the Russian emperor/empress (called Tsar/Tsarina). Now, it’s a central operation for the government of the Federation of Russia. And there is also a museum open for public.

GUM may now a popular department store in Moscow. But built on 1890-1893, the building was originally a trading center. It is built as an order from Catherine II of Russia. The name is the abbreviation of Glávnyj Universáľnyj Magazín (main universal store). During the Soviet communist era, the G was Gosudárstvennyj which means “state”.

The building has the interior typical to medieval Russian architecture combined with the practicality of the end of 19th century. The roof is arched and made from glass, something that was unique at that time. It is a popular department store now and then. Even during the communist era, it was the only department store who never had any shortage in both goods and customers.

Winter Palace is located in the city of St. Petersburg. The first construction completed in 1732. The palace is the grand symbol of imperial Russia. It’s where it is where the Russian monarch reside and govern, back when St Petersburg is the capital of Russia.

The green and white exterior contribute to its name, Winter Palace. It was not until Catherine the great made a renovation to the palace that the palace was finally worth for such name. She added another three adjoining palaces, with one later becoming a museum called The Hermitage. The empress also decorated the palace in a lavish way that still can be witnessed until today.

The interiors were heavily influenced by the French splendor. The palace is a symbol of national magnificence the Russian empire trying to convey at the time. To this day, even when it’s no longer a governmental operation center, it serves as a reminder of the long and rich history of the Russian Empire. The site attracts 3,5 million visitors annually.

Originally built as a retreat palace for Catherine The Great, the place design was meant to be simpler than the Winter Palace. But the art collections in this place is no by any means make it any simpler. The museum displays millions of art pieces. The painting collection here is the largest in the world.

Beside the private arts the emperor and empress of Russia had collected throughout the centuries, the museum held other antiquities. Antiquities displayed here are from the Classical era, prehistoric era, Italian Renaissance era and many more.
Tips for tourists, the museum entrance is free every first Thursday of the month. It is also free for student and children.

Drama, opera, and Russian ballet, has long since become part of Russian performance arts. In the early 18 century, the permanent theater was built to accommodate Russian thirst for luxuriant art performances. Located in St Petersburg, Mariinsky Theatre was established for this reason. It’s a prominent theatre that hosts masterpieces such as Tchaikovsky’s works.

Trans-Siberian Railway is the longest railway in the world. It connects Russia from Moscow to the far east, even reaching North Korea. The railway was built in the late 19th century. It was designed to help the Russian economy to be more equal all over the region.

Today, It continues to serve as an important transport line in delivering goods across the country. but now it’s also popular among foreign tourists who want to do a road trip across Russia. The line is an efficient way to explore Russia’s vast landscape. Stopping at Lake Baikal is the main attraction.

The St Sophia Cathedral, Novgorod is one of the 10 historical spots in Russia that will stun you up. It is The oldest church in Russia, located in Novgorod. The construction is completed in the year 1050. It is almost a thousand years old! The cathedral was built as a smaller prototype of a cathedral with the same name in Kiev, Ukraine.

The cathedral is striking with is five domes design. The exterior is largely dominated by its slightly colored whitestone bricks. As for the interior, it was largely influenced by Romanesque architecture, with Narrow windows and Byzantines pattern that ornate the building. The cathedral also known for its distinctive bronze gates.

The palace was built as a rival to France’s Versailles. It’s a building complex consist of the palace and the vast garden surrounding. The construction was initiated by the Russian Tsar Peter The Great. Now it is one of the UNESCO World Heritage sites.

The layout is almost a copy of Versailles. The garden is arranged in French formal garden style. 64 Fountains work in tandem to form the Grand Cascade. The cascade works curiously without any pump. The water display is designed by utilizing the high elevation where the water source located.

The Grand Palace itself also takes inspiration from the French style. Paintings decorate the wall, along with gold ornaments both in the wall and the ceiling. The oriental style also gives significant influence for the interior, with oriental arts and Chinese cabinet in several spots at the palace.

Now you know what ultimate places you should visit in Russia. These buildings are rich in history that would not be enough to explain in a single article. There’s only one way to learn about each of them thoroughly – and that is by visiting the place itself.