Russia owns some of the most beautiful places in the world. Who doesn’t know about the famous landmarks in Red Square and the architectural beauties of St Petersburg? Those are two must-see places for foreign tourists. You will surely find them in the itinerary, whenever you sign up to any Russia tour group packages. However, there are other beautiful places in Russia that offer captivating landscapes and magical experiences unlike others. 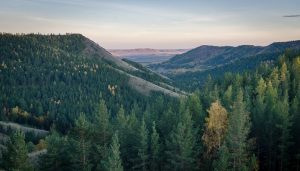 If you are looking for adventure, these underrated destinations will satisfy your thirst for challenging experience. If you are hunting for unusual photos, they will also fulfill your requirements very well, because people rarely visit them. So, are you interested? Here’s some additions to your bucket list:

Do you know which lake is the deepest in the world? It is this one, Lake Baikal. Located in an ancient valley, Lake Baikal contains the largest freshwater lake by volume in the world or around 22–23% of the earth’s fresh surface water. Awesome, isn’t it!? Just imagine the scale of the lake.

Due to its gigantic size and ancient origin, Lake Baikal has became the habitat of various fauna and flora, including freshwater seal. You might not be able to find them anywhere else. It means, if you visit Lake Baikal, you will not only find the chance to catch cool landscape photos, but also meet a variety of unique living creatures.

To visit Lake Baikal, you can go through the city of Irkutsk. Irkutsk is also one of most beautiful places in Russia that people rarely visit. It is situated in one the major stops of Trans-Siberian line, but most tourist pass it up in exchange for Vladivostok. Of course, Vladivostok is worth a visit too. But the wonder of nature you will experience in Irkutsk and Lake Baikal is absolutely priceless.

Lena Pillars is the name given to rows of imposing rock formations as high as 150-300 meters located along the Lena River in far eastern Siberia. Its layers are said to come in shape naturally during the Cambrian Period, more than 500 million years ago. If that is not enough recommendation, then consider that Lena Pillars Nature Park has entered World Heritage List in 2012.

Adventurous photographers usually come to Lena Pillars through the city of Yakutsk or continuing tours from Lake Baikal. River tours are recommended, but you are advised to think twice before hiking around this area. The trails are extremely steep and may be life-threatening at times.

If one is asked about Russia, then the foremost thought most probably will be “cold” or “frozen”. However, in one of the coldest living settlement on earth, exists an immense concentration of geyser. It is the Valley of Geysers in Kamchatka Peninsula, Russia.

Consider the contrast between numerous smokey geysers, wide blue sky, and earthy mountainous region. It is everlasting temptation for anyone looking for beautiful landscapes. If you are interested to visit this place, it is advisable to contact a local tour group from Kamchatka instead of going by yourself. Please note, it is one of the most accident-prone area that the government has banned trips to the area several times in the past.

At first glance, Ruskeala is only a small settlement in the Republic of Karelia, Russia. However, ancient marble deposits from a quarry near this settlement has contributed significantly in the establishment of various historical buildings, including St. Isaac’s Cathedral, Marble Palace, St. Michael’s Castle, the Winter Palace, New Hermitage, and Kazan Cathedral.

Currently, what’s left of Ruskeala marble quarries has become a fantastic mountain park. Huge stones of various shades and colors overlooked the Marmara Lake in the middle; the combination offers breathtaking scenery for both photographers and nature lovers.

Better yet. Ruskeala Mountain Park is more easily accessed for tourists compared to Lena Pillars or Valley of Geysers. You can also visit another beautiful spot nearby, that is Kizhi Island. Still located in Karelia, there are 18th-century wooden churches on the banks of Onega Bay’s Kizhi Island that perfectly portrays medieval northern Russian and Scandinavian architecture.

Lake Teletskoye is surrounded by Altai Mountains that sit in the middle of Russia, China, Mongolia, and Kazakhstan. Although it is a little bit off the beaten path, but the lake’s beautiful panorama has captivated the hearts of many people since a long time ago. In fact, local legend refers to the place as the Golden Lake.

Nowadays, it is not only one of the most beautiful places in Russia, but also a treasure trove for biologists and geologist. There are traditional villages, waterfalls, pretty rivers, and many others. It is a challenging region for visitors as the weather are very unpredictable, but Altai Mountains is still one of seven most famous places to visit during winter.

Located in the far northwest of Russia, Kola Peninsula offers brilliant displays of the northern lights not unlike the ones usually photographed in Norway. Come to the area during winter through the city of Murmansk, then trek the wilderness to catch the stunning scenery.

Hate winter and want to come to Kola Peninsula in the summer? If so, then you might meet the rare midnight sun instead. Also, the peninsula is covered by taiga in the south and tundra in the north, which opens up the opportunity for you to find seasonal flora and fauna.

Having said that, many people choose to consider thrice before visiting Kola Peninsula. It is not as rugged as Lena Pillars and not as accident-prone as the Valley of Geysers. However, it has suffered major damages due to nuclear waste from Chernobyl disaster and industrial mining pollution. Even now, several nuclear facilities still exist on the peninsula and tests are being done in the area.

The humongous mountain region that divides Europe and Asia, that is Ural Mountains. However, you would be mistaken if you think that it is all boring mountains. There are an abundant of reasons why you should check it out.

Ural Mountains features various rare historical sites, such as Arkaim, an ancient settlement of civilization from about 2000 years BC, and the Nevyanskaya Leaning Tower from the 18th Century. There are also numerous lakes and rivers around Ural Mountains, including the precious Lake Turgoyak and the picturesque Chusovaya River.

Several routes are available for visitors who are looking to challenge Ural Mountains, as it runs through the middle of Russia, from north to south. Nevertheless, most day trips to Ural are taken from Yekaterinburg, which is one of top five most popular Russian cities along with Moscow, St Petersburg, Novosibirsk, and Kazan.

So, which of these beautiful places are you looking to visit the most!? Share it with your closest friends so all of you could go together.