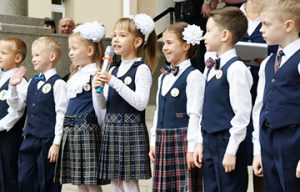 Russia has one of the most advanced educational systems in the world. Not only it opening its doot to International students, the school also has interesting custom and tradition to observed. There are specific Values Of Education In Russia. Education is very high in Russia, most Russian pursue higher education. The government also make it compulsory for all Russian. So, of course, the first day of school is very important in Russia.

Back To School – Day of Knowledge

The Russian School System That Might Be Rare for the International student, is what makes it even unique. No other part of the world craves for knowledge the way Russian does. So, yes you will see kids, teens and even adult actually love school and looking forward to their first day at school. Here is the common sight of September 1st in Russia that is not something you have seen in any other countries.

Lots of students, particularly kids, carrying large bouquets to school. One of the Flower Gifting Etiquette In Russia is to give flowers to the teachers on the first day of school. It is a part of their widely know giving flower costume that still done until today.

You can imagine at the end of the day teachers going home with a huge abundance of flowers on their hands. What a way to treat your teacher. Of course, their unspoken Rules To Arrange A Flower Bouquet In Russia since different flower represent different meaning. For some reason, the most commonly used flowers for that special day are sward lilies or red gladioluses.

It is such an emotional event, particularly for the first graders. Their parents are all present to witness the ceremony. The event is not very long but it is very emotional, The first day of school is also known as the Day of Knowledge. Everyone comes to school passionately to learn. It is like a holiday, but you are not having one, even most people just finished their holiday.

The Knowledge day goes back to 1984 when the Decree of the Presidium of the Supreme Soviet marked the first of September as Knowleadge day. It is celebrated as the first day of school event when students and theri parents come to school. Even if it is weekend the day can not changes.

It is also marks the start of autumn and the end of summer. People leaving their dachas with their family and the cities are once again crowded and alive.

From the moment people realise that 1st September was approaching people make the necessery praperation. From mking flower bouquet to their uniform. Everyone is excited. Yes, The Difference Between Russian School System And Ours can be seen in their uniform. Not only it look distictive but also you can tell that they are very Russian. 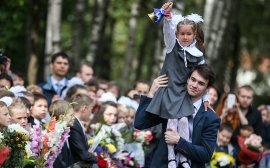 That day everyone comes to school with a happy face and manage to do many first things on that day. The principles will deliver the first speech after everyone enters the schoolyard. Afterwards, it will be followed by the First Bell (Первый Звонок ).

In Russia, the First bell is one of the Facts of Education. Russian school put everyone from elementary to high school in the same building. So, in hindsight, they stau at school for 11 years before graduate.

The beginning of the school year is marked by ringing the First Bell. This is more of the tradition in the old days but remains current until today. One boy from the highest grade lifts a schoolgirl from the lowest grade onto his shoulders. The first-grader will then be given a big handbell. She will shake it and make the bell ring while walking around the yard. After these activities, all the students go to their classrooms.

It’s difficult to say whether student loves the event doe to its festivities or probably like kids across the globe, still want more holiday. Yet, with a new uniform and various activities that mark the first day of school. It is hard to think they are not loving it.

Kids across Russia have the opportunity to make the first day of school to be something exciting and to be looked forward to. It takes out the boredom of starting school after a long summer holiday. It manages to get everyone hype and come to school with great feelings.