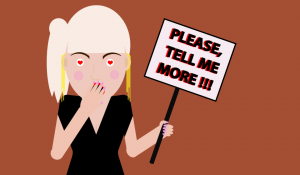 Studying the culture of a country is important if you want to visit the country. In addition to finding out about interesting places, you also have to study the nature and character of the people of a country. Russia is a special country. The character of the Russians are different from other Europeans even though they have the same tribe.

The Russians are famous for their strong and nationalist nature. That’s why there are some things that are not worth talking about in this country when you are just a migrant in Russia. Here are 7 Things Never Say To Russian People :

In some countries in the world, asking the age of someone who is newly known might be commonplace. For example in Indonesia, South Korea, Japan, and surrounding areas. We ask how old someone is to make it easier to call or greet them. That greetings to older people will be different from greetings to younger people. But don’t try asking the age of someone you just met in Russia. Age turns out in Russia, including something sensitive and personal to someone. Maybe this is strange to us, but that’s one culture in Russia. Moreover, we will not have many opportunities to chat with new people who are known in public places without having clear interests. We know that Russians are not very friendly, especially to foreigners.

In Indonesia, especially on Java, a woman is commonly called “Mbak”, while men are often called “Mas”. In Russia, there is no specific way to call men or women, such as mister or miss in English. The greeting to someone in Russia is distinguished according to their appearance. Usually called “devushka” (young woman) or “molodoy chelovek” (young male). While the elderly will be called “babushka” (grandmother) or “dedushka” (grandfather). Even so, there was no agreement on how to call middle-aged or elderly people. So don’t try to call Russian by her name directly if you are just know them, not friend or family of them.

Russian people are famous for tough people. Women and men in Russia always struggle in their lives. Even they have a fairly high nationalistic nature. For this reason, Russians hate people who complain. Especially if the complaining is a man. Russian men are born with hard parent training. Russian men are a symbol of strength so they cannot look weak. Even when seriously ill, Russian men rarely complain. This is one reason why having a partner Russia is an interesting thing.

If you are a migrant in Russia, avoid this conversation. Politics in Russia are very sensitive, especially for immigrants. Even you will not be allowed to talk about their president. This is because the Russian people are high-spirited national people. They support and are very pro with their government. This is one of the influences of Russian history. That Putin, now president of Russia, had a huge contribution to Russian independence. Look for other topics when you chat with Russians. For example interesting tourist attractions in Russia, famous restaurants in Moscow, and so on.

6. Responding to questions with classic answers

If any Russian asks, how are you? You better not just answer fine. They ask about how you are, so they really want to know your life, is it fun, or is there an interesting moment. Tell of events in your life lately if they ask about your story. Why? Russians are famous for their indifferent nature. If they are willing to ask about someone’s news, then they really care and want to know it. Unlike the Indonesian people, who might ask the news only for lip service.

This is the opposite of the previous point. If anyone asks you news, you should tell your latest life. But if nobody asks how you are, it’s better to save your life story for the closest people. Especially if you tell your personal problems, you will lose plus points in the eyes of Russians. People who like to share their personal problems are considered to be too open and complaining. Of course this is not in accordance with the character of a strong Russian.

Thats all 7 Things Never Say To Russian People. In general, things that are taboo discussed in Russia also apply to other countries. For example talking about age, religion, and politics. If you are in Russia, make sure you are free of these things so that your life in Russia remains comfortable and pleasant. Even though the Russians are famous for being bitchy, you won’t falter because Russia has many good things. For example if you want to go to school, there are some of the best universities in St. Petersburg. In addition, you will also be amazed by the natural wonders that exist in Russia.