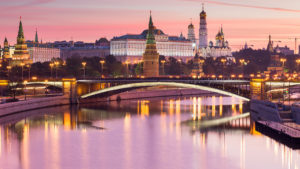 Moscow also known as Moskwa is the capital of Russia that become the center of politics, economics, culture, and science. In Moscow, there are buildings that are surrounded by walls of fortress are called as Kremlin. So, Kremlin means “fortress” to block the invasion of enemies. Whereas, the building that is located in it is a palace in which it is used as presidential office now.

In Moscow Kremlin, you can find walls that have length of more 2 kilometers and 19 meters high in which on the back of it, you can find the various of old relics, such as churches, the burial place of the Russian tsars and royal objects, specifically 4 palaces, 4 cathedrals, and the Kremlin Tower that fill Kremlin area. The most famous architecture in the Kremlin is Cathedral St. Basil. It has a crooked shape of its dome and the bright colors of it will certainly captivate. Beside that, it has a place to store a variety of heritage items including chariots, crowns, clothing, gems and weapons belonging to the Tsar. Because of offering many beautiful historic buildings, a lot of people visit it when they come to Russia. Beside that, this place also was added to UNESCO’s World Heritage List in 1990. 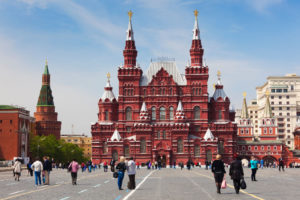 Not far from Moskow Kremlin, there is the best destination in Russia that is called as Red Square. It has buildings that are designed by using concrete stone with the beauty of its architecture. Because of having the phenomenal and beautiful architecture buildings, it was added to UNESCO’s World Heritage List in 1990.

Usually, It is used as a place of official ceremonies of state and other important celebration. Whereas, it is used as a market square adjoining the merchants’ area in Kitay Gorod in a long time ago. So, it is not astonished if this place is one of places which is always crowded and be the most destination by tourists from all over the world because there are a lot of phenomenal buildings. In this place, you can visit everyday because it is opened everyday except on holiday and important events. 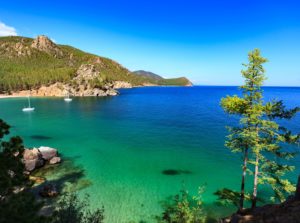 Lake Baikal is located in the south of the Siberian, between the Irkutsk Oblast in the northwest and Buryatia in the southeast. As people know, it is the deepest and the oldest lake in the world. This is in line with BBC (2010) statement, which says that “The world’s deepest and oldest lake, Lake Baikal, is at risk of being removed from the UNESCO World Heritage list”.

It does not only has the deepest and the oldest lake in the world, but it also has 3 interesting things that you get to do for spending your holiday in there; 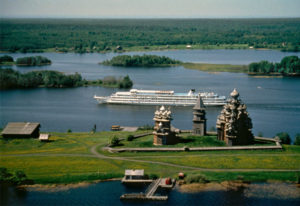 Volga river is located in near the small settlement of Volgoverkhovye and Lena river is located in the slopes of Baikal Mountains. Both of them offer the beautiful scenery and the challenging sports in which Volga river is known as Russia’s largest river and Lena river is known as the world’s most violent watercourses. Beside that, the flow path of them have a lot of bends. Even, they have mountains that are cleaved by two rivers adding their charm that make travelers visit it.

In these places, you does not only enjoy the beautiful scenery and the challenging sports, but you also get to see a variety of animals that live in there. You can read 5 Animals That lives in Volga River.

From the explanation above, the writer conclude that if you like challenging sports and challenging recreation, Volga river and Lena river are suitable to be visited by you. Read also 6 Most Interesting Facts of Volga River in Russia. 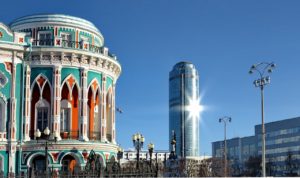 The next of best destination in Russia is Yekaterinburg. It is a city that might be a little more restful than Moscow and it is has plenty of libraries, theaters, and museums, and unique monuments to be offered. It is located at the crossroads of Europe and Asia.

The writer high recommend to visit it for traveler who wants to search restful place in the city. There are some of interesting things that get to be done in there;