Russian tradition do not recognize some of the most common western superstition, such as the deadly myth of number 13 or the peril of walking under the stairs. However, there are dozens if not hundreds of Russian superstitions that has become inseparable with everyday life. They may come from folk custom that somehow evolves into superstition, cause and effect that should be noted to invite good luck and avoid bad luck, or archaic belief about nature and magic.

Being Russian, or living in Russia, means that one has to watch out for a lot of superstitions. For those of us who come to Russia for a short visit or living permanently when we are older, they may sounds strange, funny, or even crazy. However, for many Russians, the beliefs have been cultivated since young. Every kid is taught about the myriad superstitions by their mothers and grandmothers in the hope that they will grow strong and successful without any annoying bad luck on the way. 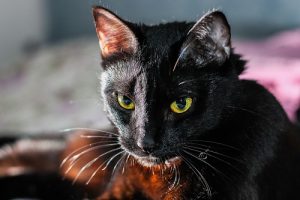 A few contemporary families hold more modern mindset and don’t really care for this kind of superstitions. After all, superstitions hold water in today’s digital lifestyle that is mainly based on science. However, as their kids grow up and socialize with their peers, they will learn a lot because superstitions has become deeply entrenched in the society.

You may wonder, “What kind of superstition that even kid has to worry about it?” Well, here is a list of 17 Russian superstitions that every Russian kid know. Some kids may know more than others, but these are the most well-known in everyday life.

1. If you are going to take a long journey, you have to sit for a moment of silence beside your suitcase before leaving the house. Those who will see you off in the stations or airports have to do this along with you. It may be a chore for kids, so they will be particularly warned by their elders. However, for older people, it is also an opportunity to re-evaluate the journey and think of anything that may have been forgotten.

2. At any time of the day, don’t sit at the chair in the corner of the table. Extremely young kid may be ignorant about this, because it is of little consequence for them. But girls will be especially warned, because one popular marriage superstition according to Russian view says “if an unmarried girl sits at the corner of the table, then she will not be able to get married for the next seven years.”

3. If your Russian friend’s legs are on the way, do not step over their legs, because it will make them stop growing. However, you can reverse the curse by stepping backwards over them, so this is quite fun for kid who likes to play around. It is one of few Russian superstitions that every Russian kid know and happy about it.

4. If you don’t want to have a conflict with another people when they are older, do not step on their shoes. If you accidentally step on someone else’s shoes, then ask them to do the same back to you so the curse may be broken.

5. If you don’t want to lose money, don’t leave your purse or bag on the floor. It may be based on superstition, but it is also sound advice to teach kids behave themselves and be disciplined.

6. If you are going on an exam, don’t make your bed, wear anything new, or cut your fingernails. Doing any one of the three actions in the examination day will invite bad luck to you. On the other hand, someone may say to you, “ни пуха ни пера!” (“Neither fur, nor feather!”) in order to boosts your luck before you take the exam, which you have to respond with “К чёрту!” (“Go to the Devil!”).

7. If you want something good to come true, knock on the table or on your head after saying it out loud. It is an opposite to Asian custom which consider it a taboo to knock on anyone’s head.

9. If you want to be successful, do not boast about it beforehand. Boasting is considered as inviting bad luck. Therefore, you should only talk about a successful venture after it is achieved.

10. Celebrate birthday and give birthday wishes only at the exact birth date or a few days after, not before. Russian superstition consider days around one’s birthday as weak period for the person involved. Therefore, celebrating it prematurely will only invite bad luck for him or her.

11. If you are forgetting something when going out of the house, it is better to ask someone else from the house to bring it out for you, because returning home as soon as you go out means jinxing yourself. However, if no other option is available, you can go back to the house the look in a mirror before leaving the house again to abolish the bad omen.

12. The threshold of a house is a place of evil, so you should not do anything within its boundaries. You have to greet guests, say goodbye, shake hands, or give anything either beyond the door (out of the house) or in the house, away from the door posts.

14. Sharp objects are the messenger of bad omens. You should not give presents which consists of knives, scissors, or such objects for birthday, mother’s day, or any other festive occasions. Choose other Russian gifts for your special partners. If someone else give them to you, you may avoid the curse by giving symbolic payment and have them receive it in the same occasion, so it becomes a trade instead of a gift. As well, you should not eat food directly from a knife, because it will make you a bad person.

15. If you meet black cat on your way, then turn around and walk the other way. Alternatively, if you absolutely have to go on, then hold the button on your shirt to ward away the bad luck.

16. Getting pooped on by a bird or stepping on dog dirt may invite good luck and joy. A spider drops on your shirt or a fly falls on your food are also some favorite Russian superstitions that are believed to bring good luck. These are based off folk belief, but may also mean your elders telling you to stay calm even in unexpected and annoying situations.

17. If a kid break plates in any other part of the world, their parents might be mad. But if you are breaking a plate in Russia, then it is a sign of good luck. However, don’t go looking to break just any stuff, because breaking a mirror is considered bad luck.

So, which one do you think is the most believable -or unbelievable- among these Russian superstitions that every Russian kid know? Regardless whether you believe them or not, they are commonly known and heavily practiced in Russia, so you will hear warnings or jokes about them every now and then.