Superstition is an inseparable part of Russian tradition. It has evolved throughout the years into social etiquette and norms that are commonly accepted in Russian society, although it originally may be born out of mere folk belief and archaic mindset. Celebrations, daily activities, and interpersonal communications are almost always lightly nuanced with superstition. 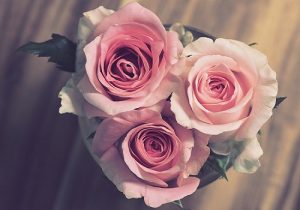 Superstitions that are believed to bring bad luck should be avoided to prevent major faux pas. For example, if you want to bring a bouquet of flowers for Romantic Dinner with your Russian girlfriend on Valentine’s Day, then you have to make sure that you present the flowers in odd numbers. Why? Because flowers in even numbers are only for a visit to cemetery or for funerals, so bringing them to a festive occasion will invite bad luck for your girlfriend.

On the other hand, there are also 7 favorite Russian superstitions that are believed to bring good luck as well. It will be very useful to know them. Not only you may receive some pleasant surprises, but also in gifting and interacting with your friends and neighbors. Let’s check them up.

1. If You Sit Between Two People with Same Name, Your Wish will Come True

There are a lot of common name among Russians. Let’s say Natasha, Sasha, Sophia, Alexander, Dmitry, or Vladimir. Yes, even the first name of Russian top man, Vladimir Putin, is among most popular Russian names for boys. You can find similar names in the list of Russian ministers, millionaires, celebrities, and maybe, among your own acquaintances.

In any other culture, meeting people of similar names in an event usually will invite confusion. How to distinguish between him and him? However, according to Russian superstition, you can use it to invite good luck instead. How? Sit between two people with the same name, then make a wish. It is said that your wish will come true, as long as you don’t speak of it to other people.

2. A Fly Falls in Your Soup, A Gift will Arrive in Your Hand

Flies are annoying creatures. They are often connected with bad hygiene and environment. Their habit of descending into any foods on the table is also quite vexing for most people. But Russian may take it easy. Why? Because when a fly land in someone’s soup, then it means that he or she will get a gift soon. Of course, there is no certainty whether the gift may be a special Christmas gifts from your significant other or a cheap souvenir from a colleague.

3. Stepping in Dog Dirt? You are On Your Way to Great Financial Success!

When you are going out of the door to an important work interview, you are surely feeling excited and nervous. But then, a bird flying over your head and left a not-so-pretty mark on your neatly ironed clothes. When trying to remove the stain, you are accidentally stepping in dog dirt, and as if that is not enough, a spider fall on your shoulder.

Are they bad omen? Will you fail the interview? Not so. According to Russian superstitions, any one of the three animal-related “disaster” that befall you are good omens. They may bring you good luck and joyful event, even as much as great financial success.

This is another favorite Russian superstition related to financial luck. It is said that if your right palm is itching without any particular reason, then you will come into money soon. Great news, don’t you think so!? However, make sure that it is the palm of your right hand that is itchy. Note this: right palm. Because if your left palm is itching, it means the exact opposite, that is: you will be apart with some of your money.

5. Make a Wish Upon a Falling Star

The myth of wishing upon a falling star is one of the most well-known superstitions in the world, and widely talked about in various cultures. It has been portrayed repeatedly in numerous movies, songs, and books; although the actual origin of the absolutely unscientific tale is unknown. Some people say it comes from the magic associated with shooting stars, as mentioned in various East European folktales. But there are too may folk stories related to “wishing upon a star” that even academicians are not sure which come first.

Among Russian people as well, it is said that if you see a falling star at night and quickly make a wish, then your wish will come true. This particular superstition is related to one Russian legend about the origin of Milky Way. Once upon a time, a peasant saw a falling star, then he made a wish for the Devil to appear. He requested the Devil to establish a crystal bridge (Milky Way) to Chervonoe Kingdom. Thus, his wish is granted.

6. Good Luck Comes along the Rainbow

The next line in the list of 7 favorite Russian superstitions that are believed to bring good luck is also stemmed from natural phenomenon. It is said that if you see a rainbow, or if you see the sun and the rain at the same time, then it means you will meet some good luck soon.

According to some East European folk tales, rainbow along with sun and rain are signs from God which may or may not bring a time of great change. The magic that comes along with the rainbow is different than the one that comes along the shooting star. Yet, they hold the same role in symbolizing good omen.

Most particularly, Russians love number three (3) as it is considered a godly number. There is a saying, “three is God’s favorite number, and so we hope that it will work out the third time for sure”. You are advised to give three flowers to your loved one. The “Troika” which depict three horses harnessed to a traditional Russian wagon, has also become one of the most popular theme among classic Russian art Palekh paintings.