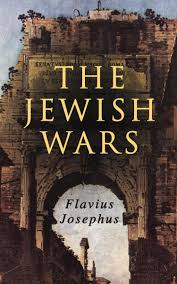 The Ancient Historical Fiction or The Old Russian literature is anachronistic. The books predecessors Tolstoy and other Freaking Great Russian Authors You Must Read. The ancient time where most writings are done by monks and highly in the influence of government and churches. Although, it surpasses the Iconic Russian Books To Read Before You Die and even dated back before Recommended Russian Historical Fiction Books.

1. The Jewish War by Flavius Josephus

The influenced Russian military tales full of chronicles, and some tales. Moreover, due to its Old Russian writing, translations offered rather limited access to Greek culture aside from the book. However, it also introduces the variety of influence from the neighboring countries to Russian writings.

Epic writing in rhythmic prose tells the story of Prince Igor’s raid against the Polovtsy (Kipchak), a people of the steppes, his capture, and his escape. The story itself was discovered in 1795 by Count Musin-Pushkin. However, the original manuscript was destroyed during Moscow fire of 1812. It highlights the grand life of the Tsar in the past.

3. The Russian Primary Chronicle by Nestor

It is probably the first chronicles of its time that also called Chronicle of Nestor or Kiev Chronicle. It gives a detailed description of the early history of eastern Slavs to the second decade of the 12th century. The compilations are based on official documents, oral sagas, a combination of fact and imaginary.

4. The lives of Saints Boris and Gleb by Nestor

It tells the story of the sons of St. Vladimir of Rus, who were murdered in 1015. Furthermore, it highlights the life of St. Theodosius, an abbot of the Monastery of the Caves. It describes Nestor biography as a monk and the love of writing.

5. The Eulogy for the Holy Apostles Peter and Paul by Maximus The Greek

It tells about the life of Peter and Paul and criticism of Western Christianity for fostering the purgatory doctrine. Furthermore, it questions the belief in a requisite period of spiritual cleansing after death to enable union with God.

The book has an encyclopedic writing style about rules for household management, which later on became a byword for oppressive narrow-mindedness. Moreover, the 16th-century work also saw the first examples of polemical writing in Russian literature.

The book tells a story about a merchant travels to India and Persia during 1466–72. However, during that time Russia experienced no Renaissance and became quite isolated from other parts of the world. The book becomes a full free imagination of what you can see, with nothing resembling Western secular literature, philosophy, or science, it remained a land remarkable for its lacks.

Among the many Best University In Saint Petersburg describe how education has always been apart of Russian Literature. The earliest writer in Russian authors is monks educated at Academy. This book is a great example of introductory of syllabic poetry (the verse that is measured by the number of syllables in each line). Moreover, the book turns into plays after a court theatre established by Tsar Alexis. Thereafter, and the production of the book becomes the first court play in Russia. Nowadays. you can easily enjoy plays that become a part of Russian Theatre History This kind of entertainment from the grand theatre that ancient Russian time can only be enjoyed by the richest.

Another ancient historical writing in an in folk-epic verse form. It is good reading and writing material as Recommended Books For Beginners To Learn Russian Literature.  Moreover, the book combines motifs of temptation, adventure, and salvation a theme that relatable even today. Therefore, reading these ancient books can portray the character of a true Russian.

This is probably the first biography in Russian literature about the life in prison where the writer himself was twice banished and finally imprisoned. The book distinguished for its lively description and originality and also colorful style. However, the book is written in the wrong era and create controversy, in the end, Avvakum was burned at the stake, and the sentence was carried out.

A writing masterpiece under the command of Catherine the Great. It is satiric journal between Catrine and the writer where they often disagree about the nature of the satire. She sponsors arts, supports play in Russian and behind The History Of The Beautiful Catherine Palace.  The book tells about the Kurbsky-Ivan correspondence during the 16th century. It highlights the sovereign deigning to argue with a subject.

It gives a voice to writer sharply critical society and serfdom of society. Therefore, he upset the ruling Catherine and had him condemned to death, and a sentence to Siberian exile. Beside the satire approach, the book manages to describe the lovely scenes of Saint Petersburg and Moscow.

The book turn plays scrips manages to offend Catherine the Great that she had all the copies of the manuscript burned. Moreover, she makes sure the published text is torn from the offending volume. behind all the glamour and glitter of Architecture Of Catherine Palace is hidden a very strict ruler under the Facts Catherine Palace Russia as her legacy in time.

While historical authenticity is crucial, imagined elements of the story don’t have to be based on fact. Moreover, during the Russian isolation ancient historical works manages to go beyond the walls and portray an inspiring imaginary world that keeps the spirit up. The old words and sentences and the thickest of ancient historical fiction book might become the solution How To Battle Your Insomnia Read These Russian Boring Books and see if it works.