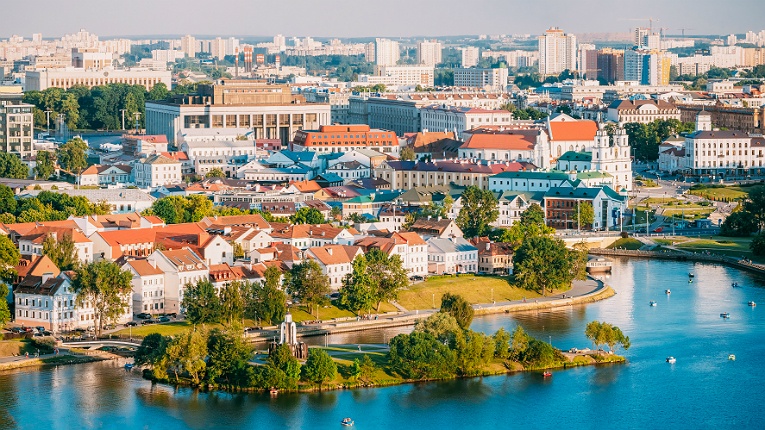 If you’re planning a romantic trip for Valentine’s Day, consider neighboring countries around Russia. They can also be nice options for your east-European trip. These post-soviet countries host a number of interesting landmarks as well as splendid nature. Their culture is rich and distinct, only waiting to be explored.

Here are 7 romantic cities you could visit on post-soviet countries during valentine’s day. You may want to read about perfect gifts for Valentine’s day, and tips on how to have a memorable date with your partner.

The Baltic country Lithuania is located along the shore of Baltic sea. Its capital, Vilnius, is a combination of picturesque old streets, historical buildings, churches, and more churches. It’s a nice city to spend a day wandering the streets of Old Town with your partner, enjoying artsy boutique and shops that are in abundance throughout the oldest neighborhood in the city.

Top things to see in Vilnius include Pilies Street, the oldest street in Old Town, and Stikliu Street. You can also join a church-hopping tour exploring some of the 28 churches in the city. The highlight would be The Church of Saint Anne, a 500-years old church with amazing architecture. In the evening, catch a sunset from atop of Hills of Three Corpses.

Belarus may be one of the most forgotten destinations in Eastern Europe, therefore it’s a great destination if you want a quiet trip without stumbling into too many tourists. Its capital Minks are known for its cleanliness. There are a lot of open public space and greens are here and there throughout the city. Minsk is also rich in history and beautiful architecture.

Visit National Library of Belarus to see one of the most prized modern architectural works in Belarus. It’s 74 meters high and on top, you can see the bird-eye view of the city. At night, LED lights illuminate the building, giving spectators a wondrous and futuristic light show. Other landmarks to visit include Victory Square, Independence Square, and Church of Saints Simon and Helena.

The most popular city across the Baltic states, Riga is where you go if you want a combination of beautiful historical city that can go more vibrant at night. During the day, enjoy a non-stop architectural treat sightseeing Riga’s landmarks. Go to Art Nouveau center along Albert Street, Riga Cathedral, and the town hall of Riga.

Take a break at one of its public park, Bastejkalna Parks. For shopping, Riga central market is the busiest market in the country, with hundreds of thousands of shoppers daily. The evening is when you can dine at Riga’s restaurants, make sure to choose a rooftop dining for the city view at night. If you still don’t want the night to end, go for the nightclubs. Riga is one of the party destinations in eastern Europe.

Still not stepping away from the Baltic area, Tallinn in Estonia can also be your next destination. Tallinn boasts old towns with historical landmarks, castles, and churches. The old town is especially charming, with cobblestone streets and old houses dating back from centuries ago. Head to Kohtuotsa viewing platform to get the whole view of Tallinn’s old town.

If you don’t have the time to visit the rest of the country, visit Estonian Open Air Museum instead. Here you can learn about life in Estonia countryside. Kadriorg Park is a legacy of Russian Tsar Peter the Great. You can enjoy a day with nature at the heart of the city. Estonian Art Museum, Kadriorg Art Museum, and the Mikkeli Museum are located within the park area. You may pay them a visit too.

Odessa, Ukraine, is a port city on the shore of the Black Sea, just like Sochi. It’s one of the most popular destinations in Ukraine. You can expect great weather and mild climate most of the time in a year. Odessa is for those looking for a sunny destination in eastern Europe. The beach is a must visit on a bright sunny day. For this, head for Lanzheron beach.

There are plenty of landmarks and monuments to explore. There are Monument of orange, which amusingly commemorates the bribery of local governments to Russian Tsar Pavel I. House with One Wall is an architectural wonder which creates an optical illusion as if the house has one wall viewed from a certain angle. At night, you can either enjoy a classy evening watching a performance at Odessa Opera House or else party your heart out at Arcadia district.

Towns around Lake Sevan Armenia, offer various kind of destinations that will blow your mind in awe. The beautiful lake is a gem of Armenia with its blue and sprawling pearly water. Monasteries stand by the lakesides since as early as the 9th century, afar from crowded cities. There are some beaches which locals go during summer.

Lake Sevan will make a perfect romantic getaway for its breathtaking landscape and quiet countryside atmosphere. It’s one of the most visited locations for Armenians, so you can be sure there are more than enough tourist amenities here. You can swim, take a boat ride, sunbathe, and windsurfing here. Restaurants offering fish menu, which caught freshly from the lake, lines along the lake.

Who would have thought that in central Asia, there is a city as elaborate and as futuristic as Astana, Kazakhstan? The city, a Dubai of central Asia, is dubbed the weirdest city in the world, is located in the middle of nowhere. It has so many from-the-future buildings that will leave you in awe. Thanks to the newfound wealth from oil and gas, this post-soviet country manages to showcase some of the amazing architectures of the world.

The tent-shaped Khan Shatyr shopping center is equipped with a beach indoors. Baiterek Tower is a 105-high tower with an observation deck where you can view the city skyscrapers. The Palace of Peace and Reconciliation is a modern-day pyramid building that serves as an auditorium.