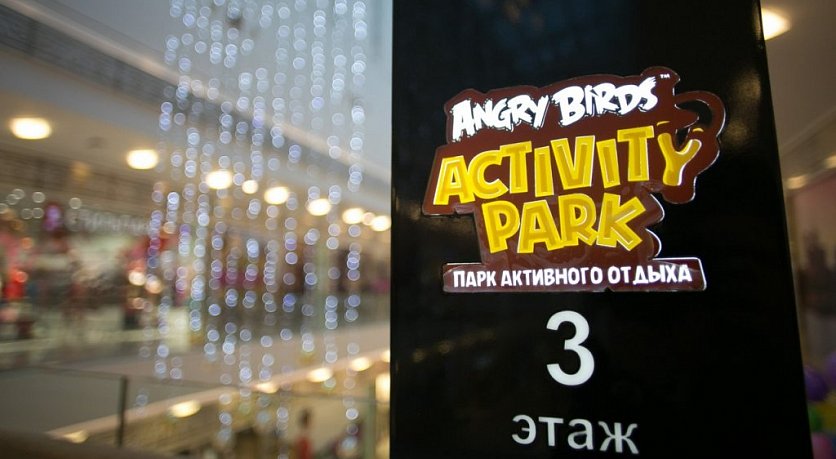 There are numerous places in Russia that are family-friendly that are enjoyable especially for children. It is ranging from theme parks, entertainment centers, up until science center and exhibition, which offer fascinating attractions that will definitely be loved by them. Here is the list of 8 recommended places for your children to play in Russia:

Are your children the big fans of Angry Birds? If the answer is ‘Yes’, they will most likely have a lot of fun playing in this Angry Birds-themed indoor activity park. There are many attractions, offering games and exercises, especially for children of the age of 3 and older, such as trampolines, labyrinth, mega-slides, and mini bowling. They may even reenact the angry bird games by playing in the full-scale shooting attraction named Bird’s Fanbol. For the younger kids, they can play in the playground, where there are mini-slides and pool with colored balls.

The main attraction in this place is Laser Tag. It is actually considered a safer choice to play paintball, especially for children. It allows your children to have the same kind of excitement and thrill as they can get from playing paintball, but without any harm. Playing laser tag, they will wear vests equipped with sensors that are able to detect “attacks” from the laser. Here your children will not only be able to have fun, but they will also train their strategic thinking and tactical skills, as well as their movements accuracy. Aside from the Laser Tag, this place also offers other enticing activities, such as air hockey, the sophisticated Virtual Reality games, as well as laser labyrinth.

3. Hide and Seek in the Dark Action Game (Moscow)

Children in every country must have played, or at least known about Hide and Seek, as they usually play it at home or school with their friends. But what if this traditional game is being played in the dark, in a venue that is full of traps, secret passages, and hiding places? Your children will surely be excited to try the unusual version of this everybody’s favorite traditional game in Moscow’s Hide and Seek in the Dark Action Game. The format of the game is citizens VS ghosts, where citizens are the ones who will be hiding then being chased by the ghosts. This venue is well-suited for children above 12 years old, as well as adults. So, it would be a nice decision to go there with the whole family in a getaway.

This park with an area of 3500 square meters is filled with a number of fascinating attractions, where your children can develop physically and intellectually, as well as learning to socialize with others. There are a five-level maze, climbing wall, sports arena, and one of the highest tubing slides in Russia, all in a jungle-themed park, decorated with rainforest and bungalows of forest hunters. For the safety, you don’t have to worry, as all the rides have passed the ISO 9001 standards, which makes this place one of the recommended places for your children to play in Russia.

Learning science sometimes may be boring. However, in this museum of popular science, your children will be able to play while learning science in fascinating way. There are around 300 interactive exhibits, showing the practice of mechanics, magnetism, electricity, as well as acoustics. Here your children can touch and operate the exhibits, so that they are able to participate in all the experiments. This way, your children will hopefully be excited to learn science better and faster. For a little bit of adventure, there is also a huge truck cabin that your active children may climb into.

If your children are into sports, this place should be in your go-to list. Also known as Trampoline Park, this place offers more than 100 trampolines in one place, where your children will be able to basketball, dodgeball, and bumperball on it. Aside from that, there are also a multi-level rope park, a ninja arena, as well as a climbing wall, which make this place more attractive to your adventurous children than it already is. The 30 rides are all included in 1 ticket to be purchased up front. This place also offers free educational games for children on weekends. And for the safety, a team of professional instructors are all ready to accompany your children throughout their adventures here.

Known as the city of professions, Kidburg offers a model of the real world for children by the age of 18 months up to 14 years. Here your children will have the experience of being adults in different professions, such as mechanics, banker, TV presenter, manicurist, and even baker. To make things felt more real, there are also several adults’ attributes which exist in real life, such as money, law, documents, and even the ability to climb up the career ladder. All those achievements are recorded in a work book which have been provided after getting the ticket, so that they may track their progress on every visit.

In this interactive exhibition, your tech-savvy children may not only be able to look at all the 50 robots from all around the world that are showcased, but they may also be able to touch and say hello to the robots. They even may talk with one of the key exhibits, Promobot. Aside from playing with the robots, your children may do numerous fun things, as this place offers several sophisticated attractions, such as 5 fully interactive virtual reality zones, spacecraft flight simulator, and also an astronaut training experience in the centrifuge. This unique exhibition is definitely one of the recommended places for your children to play in Russia.