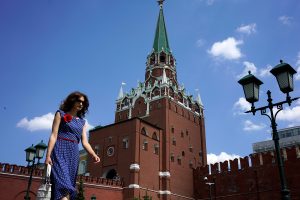 Along with rapid communication technology development nowadays, it’s easy to get any information about a particular country. However, we can get the wrong ideas from how the media portrays it along with any political agendas.

Massive media exposure can shape our minds on how nice or bad a country is without giving a wider point of view about living there. For example, we have been bombarded by news about Russia’s bad relationship with other East European countries and suspicion on Russia’s intervention in the U.S. presidential election.

Furthermore, with its geographical location and history, Russia is portrayed as a cold-without-sunny-day country with a repressive government. It’s easy to think that living in Russia is hard and uncomfortable, but don’t be afraid! here are 4 reasons why you must live in Russia :

Some of us might be familiar with Russian people are represented as mafia or hacker in movies and somehow they make us think that Russia is full of villains. In fact, many countries have organized crimes but on the surface, those countries are still safe. Based on a crowd-sourced global database, the crime level of Russia is safe in the daylight and moderate in the nighttime. It means, it’s really okay to walk alone in a broad daylight but you should think twice to do that at night. Furthermore, robbery, burglary, and assault based on ethnicity level are low. Most of the crimes are assaults or turmoils caused by careless guys who drink too much alcohol. As long as you’re careful with your alcohol intake and stay away from troubles then you’ll leave no room for worries.

So, there is no reason to be afraid to live in Russia despite the outer images of it on the mass media. You can enjoy walking and exploring cities in Russia without worries. You even may find a new non-human friend on the street with taming feral stray dogs.

As discussed in the previous section, Russia is not a place full of villains. The only way you get contacted by criminals is doing crimes. It means it’s safe for living there unless you have the intention to do unlawful activities like selling drugs or robbing banks. Like any other country in the world, there are some areas that some people call it with “bedroom districts” that are filled with the homeless community. It doesn’t mean they are bad people, but as foreigners, it’s wiser to stay away from that kind of neighborhood.

Russian people generally are warm and friendly. They have traditions that are family-centric like Epiphany Day. They also like gathering with people and spend hours talking with friends. Their unstable condition after Union Soviet dissolution left them with great values on supporting each other by maintaining close friendships and family supports.

Russians are diverse, consisting of many different ethnicities, thus they are so welcome to foreigners with different races. Big cities in Russia are also clean and ordered. You can enjoy walking in a nice and cozy environment with your dogs. To make your walking session with a dog easier, ensure that you’ve made your dog listen to your commands to avoid outdoor dangers that will threaten your door while playing outside.

It can’t be denied that some people think about Soviet with its repressive governance when hearing the word “Russia”. It is true that Russia is the most heavily policed country in the world but most Russian people hate rules actually, just like any common people in the world. They admitted having a sense of freedom with compensating the strict law with a lack of necessity to follow it. Moreover, many police in big cities like Moscow are there to ensure the tourist’s safety and comfort. Many police can speak English and as foreigners, you can ask help comfortably.

Fun facts about Russian police, they are quite famous with trained dogs. In the name of solidarity, they donate their dog to the French ambassador in Moscow after a French police dog was killed in a raid in 2015. Russia’s Interior Ministry gave the German shepherd puppy named Dobrynya to French Ambassador Jean-Maurice Ripert. Fascinating, isn’t it? With patience, you can also train your dog to guard your house.

The last from 4 reasons you must live in Russia is its beautiful sceneries! With its geographical location, Russia is famous for snow and cold temperatures. However, don’t think it only as a depressing state with no sunny days. Russia is the largest country in the world, it contains 9 different time zones and ¼ of the world’s water body. Its diverse vast landscape provides a lot of amazing natural attractions for tourists.

Russia has seemingly endless great options to spend your holiday and you’ll never get bored unlikely. For ski lovers, you’ll easily find great ski resorts from Sochi to Siberia. Baikal Lake, the deepest lake in the world, will leave you in awe. It has an unforgettable view with methane bubbles trapped within in winter and you can swim there in summer.

Russia also has many beautiful forests. There is a forest called Dancing Forest by local people, the trees are contorted to strange shapes without explananation. There are also forests that are perfect for camping sites such as Valdai National Park. You can bring your whole family including your pets there. To make your camping holiday perfect, you need to prepare your dog for its first camping trip.

Despite its bad images in popular opinion, Russia has many wonderful reasons to convince you to live there. If you worry about your dog will not be comfortable in its new home in Russia, then train your dog not to run away from home.

Now you can confidently say to people who doubt whether Russia is a good place to live, “Hey don’t be afraid! Here are 4 reasons you must live in Russia.”