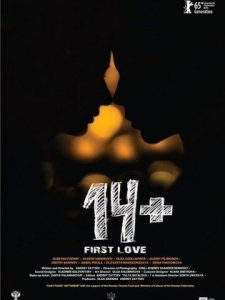 Movie is one of the media to channel creativity and the message to be conveyed to the audience. A good movie is a movie that can give moral values ​​and life to the audience. Besides that, watching movies is also a favorite activity of many people because it’s entertaining.

In fact, many of them make it a hobby. Film has a variety of genres, such as drama, melodrama, comedy, romance, comedy-romance, and horror. Everyone has different movie tastes. Some people prefer the romance genre and don’t like horror, there are those who really like horror and comedy, or even some who like all genres of film.

The first romance movie that we recommend you watch is moscow Does Not Believe In Tears. This movie is also included in the best Russian films. Mocow Does Not Believe In Tears was directed by Vladimir Menshov and written by Valentin Chernykh. The main character in the 140-minute film is played by Vera Alentova and Aleksey Batalov. This movie won the academy award for the best foreign language film in 1980.

Moscow Does Not Believe In Tears took the background of the Russian capital, Moscow in 1958 and 1979. The film tells the story of 3 young women who want to change their destiny by working in Moscow. They are Katerina, Lyudmila, and Antonina who live in the same apartment and eventually become friends. Katerina had an ambition to enter university, while Lyudmila and Antonia had ambitions to get rich men.

Finally the three of them dated, and accidentally Katerina (Vera Antelova) became pregnant. He finally gave birth to a daughter named Alexandra from Rudolf, Russian television cameraman. Katerina left Rudolf and brought her daughter. After 20 years, Katerina managed to become a manager where she worked first. And he found his true love Gosha (Alexsey Batalov) who was full of love. Katerina, Alexandra and Gosha moved, and they lived happily until Rudolf appeared again and again brought misery to Katerina’s life. What is the end of this story? If you are curious about the struggle of Katerina and Gosha to face Rudolf, you should immediately watch this most romantic movie.

One of the most romantic russian movies next is the comedy romance genre, namely Thei Irony of Fate. The 184-minute film was directed by Eldar Ryazanov. The scenario was written by Emil Braginsky and Ryazanov. The film was filmed in 1975 at Mosfilm Studios by presenting a love story tinged with crazy comedy and sadness. This film comedy romance is one of the most successful soviet television productions and remains very popular in modern Russia today.

The irony of fate tells about Zhenya Lukashin (Andrey Myagkov) who accidentally went to Leningrad after spending time in banya with his friends. Drunk, he managed to get into the apartment he thought was his because of the same address, and he fell asleep in the apartment which turned out to belong to Nadya Shevelyova (Barbara Brylska).

When Nadya and her fiance came home, he saw Zhenya sleeping soundly, making her fiance misunderstand and decide. Nadya immediately expelled Zhenya, but there were no flights to Moscow until the next morning. They spent the New Year’s Eve together, and finally they fell in love even though they hated each other at first. And Zhenya was also decided by her fiance. However, Zhenya decided to return to Moscow with a heavy heart. But Nadya wasn’t as easy as giving it up. Nadya managed to find it in Moscow because of their same address.

Really romantic, right? They fall in love because of unintentional circumstances, but they finally realize that it is the will of fate. This film teaches the struggle to pursue love again. You will be very moved to see Nadya’s struggle to find Zhenya. Comedy romance is always very sweet.

14+ is a Russian modern romance film directed by Andrei Zaitsev. The main characters from this film are Ulyana Vaskovich as Vika and Gleb Kalyuzhny as Alex. This film is a romance genre and became a very famous film in its year.

The film tells two teenagers who fell in love and felt the sensation of love for the first time. Actually the message of this film is to prevent promiscuity. And there are some scenes that children cannot watch in this film, even though the film is played by teenagers. Even so, the flow of this film is quite touching. And this film gets a 92% rating by google users. For those of you who are interested in watching this film, make sure that you are worth watching. And take a positive message from this film.

The last of the most romantic russian movies is the admiral, directed by Andrei Kravchuk with a duration of 2 hours 4 minutes. Admiral is an action romance film. This film managed to become the most successful modern Russian film. The film tells the tragic life of Admiral Alexander Kolchak (Konstantin Khabenski), one of the main leaders of the white movement during the Russian Civil War (1917-1923). Besides telling stories about struggle and battle, this film also presents a love story that really touches your heart. namely the love story between Admiral Alexander Kolchak and a female poet Anna Timiryova (Elizaveta Boyarskaya). Of course you can imagine how romantic the love story is with a poet. However, their love story is a story of forbidden love, because Admiral Alexander Kolchak already has a wife. What is the end of this love triangle? You have to watch it to know the end of their love story.

Those are 4 most romantic russian movies all of time. These movies will teach you how important a love is and will go through any challenges to get real love. You must prepare tissue before watching Russian romance movies that we present to you. These movies will really touch your heart and make you fall in love with Russian movies.