Russia, a place where endless beauty of nature. A vast land ever ready to be explored by thrill-seeking adventurers. Climbers and hikers especially would love the mountains of this country. In addition to amazing landscape, it offers boundless adventure and achievement to conquer these mountains. After gathering studies on mountains in Russia, please check out this post for list of most popular mountains in Russia as voted by tourists. 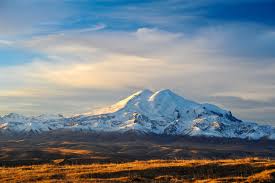 The first high voted beloved mountain is none other than Mount Elbrus. Standing up high till 5,642 meters tall, it is recognized as the tallest mount in Russia. Not only in Russia is the reign, it is also noted as the highest mountain in all of Europe. Furthermore the location of Mount Elbrus is around the Caucasus mountain belt in Southern Russia.

Interestingly, Elbrus is discovered as a dormant volcano mountain and it has two summits. Both summits are dormant in volcanic tectonic movement. The taller notable summit with 5,642 meters tall, was located at the west which was first hiked by a British expedition in 1874. The other summit which located at the east have a standing point of 5,621 meters high and was ascended in 1829 by Khillar Khachirov.

The hiking route known as the ‘Normal Route’ is the voted route taken by climbers. It is claimed to be the easiest, safest and some say fastest in the journey of reaching the peak. It is also equipped with chairlift system and cable car for climber to ascend from Diesel Hut or Leaprus Mountain Hut. The north climbing route are claimed to be more tough and committed than the south route.  It is also situated in a more remote attitude.

Another mountain on the list is the Mount Kazbek. It is one of the major mountains chain also located around the Caucasus mountain range. Kazbek are also known as the second-highest volcanic summit from the Caucasus range after Mount Elbrus.

Mount Kazbek has an amazing geographic landscape. The highest peak reaches around 3,142 meters and an active hot springs are also seen surrounding this grand mountain.

The summit of Mount Kazbek was first found in 1868 by Freshfield and his troops. The area surrounding Mount Kazbek was rich with nature reserve that the Soviet government rule it for protection in 1979. Many notable plants and animals including in the reserve are endemic to this Greater Caucasion.

For more other educational endemic plants and animals in Russia, please check out the posting below: 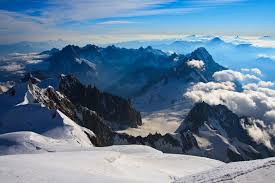 In addition to the two mountains mentioned before, the next on the line is Mont Blanc which also means “White Mountain”. Mont Blanc is well known as the highest mountain in the Alps and located in west of Russia’s Caucasus mountain range. Furthermore, it reaches up to 4,808 meters tall. It was first ascended in 1786 by Jacques Balmat and a doctor Michel Paccard.

Each year, Mont Blanc will welcome around 20,000 mountaineer. It is one of the mountain where hikers would love to challenge as it is considered technically easy for one that has been trained to the high altitude. Mont Blanc is very popular with tourist and even locals for hiking, skiing and snowboarding.

For more other educational posts in Russia, please check out the posting below: 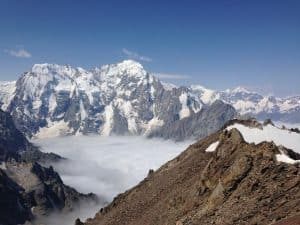 Fun facts on Dykh-Tau is that it is more difficult to climb than Mount Elbrus. Comparing of the lower elevation that Mount Elbrus, you better have the right set of skills and stamina before even start the journey to Dykh-Tau. The real danger, according to the experienced climbers are the possibilities of avalanches. The safest period according to them is ranging from the month of July to September. The climb journey will take at least more than 10 days.

So get ready your hiking boots, strong windbreaker and backpack and challenge to climb the mountains of Russia!