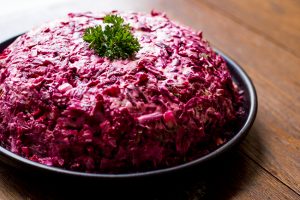 Russia has its own festive way to celebrate New Year. While common country has only a short period of holiday, the Russian has the status of holiday supreme, in which the holiday length for at least 2 weeks to 4 weeks in row.

Actually the holiday cycle starts from Catholic Christmas on December 25th, followed by Gregorian New Year and Eastern Orthodox Christmas on January 7, and finally ends with Old New Year on January 14, which means 4 weeks of feasting and celebrating.

New Year in Russia is considered to be a family holiday, however many people choose to have their New Year’s party in clubs or restaurants, usually people at their young age, or while being away on exotic beach vacations for those who has more money, or in the tropical country which they might have better warm experience with new friends. But once again, as it has become the family tradition since long time, people most often celebrated New Year’s Eve at home with the festive table.

As for foreigners, the first time they experienced New Year’s holiday in Russia, they would be so amazed with the richness of Russian holiday table. It has always been impressive for the imagination of the foreigner. It never been failed to make them feel the festive sensation. Variety of smoked fish and caviar, jellied meats and cold cuts, salads, homemade pickled vegetables, and mushrooms – appetizers are practically countless. Appetizers are usually eaten before the main course and sometimes are accompanied with an alcoholic beverage. Unfortunately, certain common appetizers such as sturgeon caviar became delicacies and often are out of reach for many. The extinction factors which make the price are really high. But don’t be so sad, you still can enjoy many another Russian with their rich taste too. For your references, the following are 9 Russian appetizers to celebrate New Year’s Eve:

In Russia, every mother always served that cuisine on their family time especially at special occasion like Christmas Eve or New Year celebration. Talking about the taste, actually it has rich tasty as the mixture of lot ingredients (salted fish, potatoes, beets, carrots, onions), salty which comes from lots of mayonnaise and of course the fishy taste which is formed form the fish itself.

Holodets or aspic is a meat jelly made from chopped pieces of pork or veal meat with some spices added (pepper, parsley, garlic, bay leaf) and also completed with little amounts of vegetables (carrots, onions). The meat is then boiled in large pieces for long time periods until it is fully cooked, then chopped into smaller pieces, repeat boiled for a few times again and the last step is freeze at the refrigerator for about 3–4 hours. This dish is often eaten cold, and horseradish is used as a sauce.

Another festive cuisine which must be served by Russian families during New Year’s table is Olivier salad, also known as Russian salad for foreigners. Actually the name of Olivier is derived from the creator of the cuisine that is the French chef named Chef Lucien Olivier. He worked in one of Moscow restaurant. Then he is well known around the country by the era of Soviet, about in the 19th century. Basic Soviet “Olivier” consists of boiled potatoes and carrots, sausage, hard-boiled eggs, pickles, green peas and dill. All of these ingredients then cut in small cubes and poured with mayonnaise. Since it’s a very famous salad, many Russian people think that it is not a proper New Year celebration if the Salad is not on the table. As your information, you can not underestimate the looks since it tastes way better  since non-Russian have already proved it.

4. Baked Duck with Apples or Pears

Duck courses are very common in all the parts of the Russian Federation, but many locals save the dish for special occasions, including New Year’s Eve. Duck with apples or pears go well together like caviar and Blini.

It’s not called as Russian New Year’s Eve without these savoury snacks. This habit is already existed for a long time ago, and is still lasted until the recent generation. So remember to try this when you are in Russia. It is suitable for every dish and will also match your taste. They also go well with vodka and many local types of liquor.

This is one of the most important snacks during the Russian New Year and is usually served with butter, green salad and bread. Black caviar is sometimes served separately because it’s pricier. Often served in beautiful silver or porcelain dishes filled with chipped ice lemon pieces, Caviar on the New Year table is a symbol of wealth and brings Russians hope that the next year will be a year full of blessed.

Russian eggs are made of hard-boiled eggs which are filled with a little spicy stuffing of pickled cucumber. It is simple food, quick and easy to prepare, you can find it in nearby restaurant or just simply make it yourself by searching the perfect recipe. But if you want your own individual taste, you just need to switch the stuffing into mushrooms, ham, sausages or fish rather than pickled cucumber.

Nesting doll Matryoshka is one of the most iconic cultural symbol of Russia. This cute appetizer is not only delicious, but also decorative. It usually served as a starter food for Russian party.