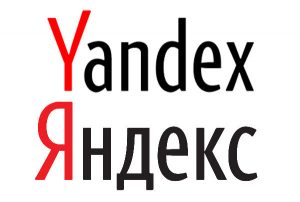 When you’re learning a language, one of the most important steps is knowing the vocabulary. We can argue that it’s the basis of learning a language. You simply have to know the words. Because those words are what turn into sentences. Vocabulary is the basic foundations of any language. After mastering enough vocabulary, that’s when a learner can move to another level such as grammar and structure. If you’re curious about the Russian language history, read here.

When you learn the Russian Language, the same principle applies. Learn firsthand about how to say I or you in Russian. Learn simple phrases such as good morning, good night, or goodbye. this is why you need a dictionary. Whether you’re just starting or are already a seasoned learner, a dictionary is your forever faithful companion. You will need it throughout your learning.

However, for some reason, you can’t afford a dictionary. You could buy a cheap one, but it won’t be as complete as the expensive master dictionary. Sometimes the reason is not money, rather than portability. No one is fond of the idea of carrying a huge dictionary wherever they go, especially if you like to learn on-the-go. Don’t fret, because thankfully we live in the age of the internet today. It means plenty of online dictionaries abound. What is the best option? Let’s check it out.

Openrussian.org offers you a search feature over hundred of thousands word of Russian. You can also search by category, whether it is Nouns, verbs, or adjective, you’re good to go. There’s also Word of the Day feature. As well as the daily sentence you learn, such as wedding congratulations in Russian. You can learn more about Russian verbs here.

One of the favorite features of Google Translate is its text-to-speech feature. You can listen to how every word was spoken. Not only a singular word, but the text-to-speech also works for sentences. It’s the feature people love from Google Translate. To make it even better, Google Translate has this feature where you can scan a word, for example from a photo, and translate it instantly. It’s helpful and saved a lot of time when you travel.

If you haven’t heard about Yandex before, it is the Google of Russia. It offers services from search engine to email. And guess what, it has its own version of Google Translate. If you’re in Russia and want to feel 100 % Russian down to your choice of internet service, you can definitely try Yandex.

Yandex Translate has pretty much similar features as Google’s. You can provide input in text, images, and audio. It also can read words and sentences out loud. Yandex Translate results also provided with examples. You can access it from both your computer and an app on your phone you can download from major app stores.

Cambridge Dictionary is known for its English one, but they also have a dictionary for the Russian Language. The dictionary is pretty straightforward. You enter a word you’re looking for, and the website will provide the result. There’s a further explanation in each word translated, such as its type (nouns, adjective, etc), and there’s also an example.

PONS dictionary is another popular online dictionary out there. It claims to offer translation for over 350,000 headwords. The dictionary is regularly maintained and monitored by language experts, so users will get a top quality dictionary that always stays with current trends (such as, in the case of new slangs/idiom).

If you’re looking for something straightforward and lightweight on our phone, you can choose an app called Russian Dictionary. Sometimes Google Translate or Yandex can be too much for some user. And you need something that’s just reliable. This app is available on Google Play, and if you’re confused, find the one created by Alexander Kondrashov. So far, this app is the best rated Russian dictionary app in the app store.

Not exactly a dictionary, Duolingo can help you learn the Russian language in such a fun way. You’ll get to answer quizzes to practice every day. It’s curriculum also well thought off, so you can learn from basic to advance. Duolingo is an award-winning service. The best thing about it is Duolingo is free! You can access the platform from your desktop computer. It’s also available as an app on the App Store and Google Play Store.

Duonlingo practices cover vocabulary, grammar, listening, and speaking practice. It has a reminder feature, so you won’t forget to practice every day, or whichever the perfect time to learn Russian according to you. Keeping a routine is one of the principles of learning Russian). Duolingo also has a solid language learners community. If you don’t understand a certain part, there’s a comment section where you can ask a question and other learners, even native speakers, would answer.

You will also love the app interface, design, and illustration. Once in a while, you can also bump into funny questions/quizzes, the app creator is very creative.