Home » Travelling to Russia » Have you ever heard Central Russian Upland? Check This Out!

Have you ever heard Central Russian Upland? Check This Out! 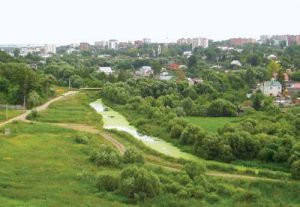 Russia is a country enticing people with its vast expanse and seemingly endless landscape of this country. From Europe to Asia, from the Arctic to Mongolia, the country is incredibly large that there’s a stark difference from one side to another. Be it the climate, the people, or the culture. From an avid traveler’s point of view, it is exciting. it means that you can experience many things in one country only.

So step away from the hustle and bustle of Moscow and St. Petersburg. Moscow Red Square is beautiful and everything, but a true traveler prefers a less traveled path, an unexplored territory, calling for excitement, wonder, and adventure. Places such as Siberia, for example, will take you to a journey of a lifetime through the region. Check out beautiful places people rarely visit.

Another region to consider is the Central Russian Upland. You might have not heard about this region before, but don’t worry, we’ll guide you to this beautiful and dreamy location. So, check it out!

Central Russian Upland is a mountainous plateau located in East Europe. It’s not a whooping tall mountain area. The average elevation is around 250 m. The highest peak is “only” 293 m. If you’re familiar with children TV shows Teletubbies, Central Russian Upland is similar to where Teletubbies lives. It consists of small bumps of hills, spanning across an area of 480,000 m, from western Russia to Ukraine.

Oka River borders the upland by the north and the northwest. To the southeast lies Donets River, where the upland gradually changes into a lowland called Donets lowland. To the east, the upland ends by the Oka-Don Lowland, while Dnieper Lowland borders its west. limestone, clays, and sands mostly form the geological composition of the area.

Located at the northeastern part of Ukraine, the region is situated between historical Cossack Hetmanate and Sloboda Ukraine. If you’re visiting here, some sites you can go include Monument of Mammoth, the round court Kruhliy dvir, and Sofroniiv monastery. Seven rivers flow through this Oblast, known for their picturesque riverbank.

Step away from Russia and enter the territory of Ukraine. Kharkiv Oblast is located at the northern part of Ukraine. A quite large province, it has several points of interest you can visit. The most interesting is Derzhprom, a large building complex that represents the glory of the industrial age. At 63 m of height, the building was the tallest in Europe for its time.

Other places to visit are Pokrov monastery (Kharkiv) and Skovoroda museum.

The easternmost Oblast in Ukraine, Luhansk is known more as an industrial city than a tourist spot. But this doesn’t mean there isn’t anything to visit. For example, you can visit the house where Vladimir Dal’s, a famous lexicographer was born. Other tourists spot available here are Mścichowski Palace, Luhansk State Preserve, and Fighters for the Revolution monument.

Kursk Oblast is one of the westernmost Oblast in Russia. It has a nature reserve, Central Black Earth Nature Reserve. If you’re keen on hunting and hiking, the reserve will provide you with a great opportunity to do these outdoor activities. You can also go camping or fishing in one of the region’s many lakes. If you prefer a cultural trip, plenty of historical towns here as well as museums.

Some people might have known about Rostov, especially since one of its cities, Rostov-on-Don was one of the host cities during the last 2018 World Cup. Among other regions on Central Russian Upland, Rostov is the most prominent when it comes to tourism. The oblast also the sixth most populous in the country.

There’s no short of attractions in Rostov-on-Don. Rostov State Musical Theater is a great place to watch art performances and concerts. Every year the theatre hosts 300 performances. Almost every day there’s something to see here! There are also plenty of museums, such as Rostov Regional Museum of Local History and Rostov Regional Museum of Fine Arts.

Moving outside Rostov-on-Don, you can pay a visit to Archaeological museum-reserve “Tanais”, where you can see an ancient necropolis. You can also visit Azov History, Archaeology and Paleontology Museum-Reserve. Here you will encounter the skeleton of a giant mammoth.

The seventeen museums in Bryansk Oblast will ensure you never run out an activity during your travel. Monasteries, churches, and monuments are also worth being put onto your itinerary. If you prefer spending time in nature, consider Bryansky Les Nature Reserve. The nature reserve protects Russian endangered animals such as European bison.

Four rivers flow through Voronezh Oblast, Don River, Voronezh River, Bityug, and Khopyor river. If you want to see a wide-eyed view of Central Russian Upland, Voronezh Oblast is the region you’re looking for. All you need to do is go to the area along the rivers. Voronezh relies on its economy in agriculture, so you’ll see many greens rather than industrial buildings.

So those are information you need to know about Central Russian Upland. next time you decide on a trip across Russia, consider the west instead of the far east. It can be said, they are one of the mysterious places in Russia. Don’t forget to pack the essentials before traveling. Enjoy your travel!

6 Beauties of Magadan Oblast Can Offer For Visitors

13 Most Handsome and Gorgeous Male Athletes From Russia