In general, the number of male writers is still bigger than female writers. Just like many occupations, literacy is also a world dominated by men. But it does not stop women writer from being creative and making great books. Their amazing works has helped them to achieve fame.

In the world where women are most of the times get much doubt towards their skills and abilities, it is very important for women to have other women to be their role models. Female writers are one of them. Among a long list of great books by women, these are some of them that we get inspired by.

1. The Time of Women by Elena Chizhova

This book tells a story about four old women, Antonina, Glikeria, Ariadna, and Yevdokia, and a little girl called Suzzana. Each of them has her own story. Antonina is Suzzana’s mother, a factory worker who is abandoned by Suzzana’s father. Suzzana is mute but proficient at drawing. Glikeria’s parents were former serfs. Ariadna is a child of a rich family. Yevdokia is a bitter person who unable to read or write. With the background of the 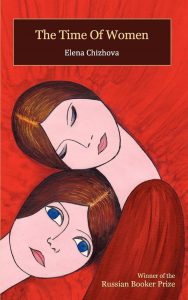 Soviet Union in the mid 20 century, All five of them shared one room in a communal apartment. Even more, Glikeria, Ariadna, and Yevdokia take the roles as grandmothers. Putting the cruel regime as the background, the grandmothers had their way on how to overcome the ill-treatment they were continuously getting. For Yevdokia, Glikeria, and Ariadna, religion is the answer. So then they practiced Orthodox Christianity. They had to do it in secret so the atheist Soviet state would not find out. Later, Antonina was struggling to beat cancer. If she did not survive, Suzzana would be sent to an orphanage. The only thing that can save her is if they can find Suzzana’s father. While waiting for the miracle to happen, they secretly get Suzzana to be baptized in the hope it will give strength to the mother.

The full-of-emotion storyline of this novel successfully attracts so many readers. It also had been turned into a play at Theatre Contemporary in Moscow and Theatre Tovstonogov Bolshoi in Saint Petersburg. The audience of this book is in a very wide range now that it has been translated into French, Italia, and English language. The Time of Women is definitely on the list of famous Russian books written by female writers for women.

Anna Akhmatova wrote Requiem, an elegy about how miserable life was during the Great Purge. She started it in 1935, did the editing over and over again, and finally finished it in 1961.

Requiem consists of three sections, the introduction, the second section, and the third/last section. In the introduction, Akhmatova told the story about how she and many women stood in front of Leningrad Prison, waited for 17 months to see their sons, brothers, husbands, and fathers, the beloved ones who had been separated from them by the Soviet Union secret police.

After the introduction section, the second section, which consists of ten short poems, were started with Akhmatova writing about his husband, Nikolay Punin, and some of their close friend, who were taken away from her for the second time. Nikolay Punin was famous for protecting many masterpieces of western artists from being destroyed by the Soviet communist. He then died in jail. Her grief continued when her son, Lev Gumilev, was taken by the Soviet Union Committee for State Security in 1938. She poured down her agony about losing her son in the rest of the nine poems.

The last section of Requiem was written from the point of view of other women who, just like Akhmatova, waited outside the Leningrad Prison to see their families. Their words describe the sorrow they suffered during that horrible time.

At the beginning of her writing, Akhmatova knew it would put her in danger if she published her poems during that particular period. The decision to bring it out was finally made after Joseph Stalin died in 1953. Requiem was published in the former of Soviet Union in 1987.

3. Into The Whirlwind by Eugenia Ginzburg

This book is a historical record of Ginzburg’s life, especially the time when she imprisoned. She was an activist of the Communist Party. By that time, she was also a teacher in a university. One day, one of her colleagues was accused to be a Trotskyist terrorist and arrested because of it. Ginzburg, who was only 30 years old, was accused as well for not condemning this activity. Not long after that, she was banned from the party. In 1937, she was jailed and later was transferred to Kolyma, a big labor camp located in the Russian Far East. Her miserable memories included the two years of the solitary arrest.

Ginzburg very good memory made her able to write every detail of her life experiences. This two-part book of her was intended to be published in the Soviet Union but she got rejected. Luckily, the hand-written text of this book made it outside of the Soviet Union where it was sold in so many languages. This book was finally published. The first one was in 1967 and the second one was in 1979. The UK republished version of this book, which called Into the Whirlwind, was out in 2014.

The story that shows the strength of Ginzburg made Moscow’s Sovremennik theatre decided to make a play based on it. Through the performance, the audience got to picture the suffering Ginzburg had gone through her life in prison. People came to the theatre can feel the empathy towards her life, how her life was a victim of the Soviet system.

How Ginzburg got through all the suffering in prison is definitely a prove how strong her mind and body was. She chose to keep her mind occupied by reading poetry regularly. She also showed genuine interest in other people. This great character for sure saved her life from being miserable. For her courageous self and story, her book definitely deserves to be one of the famous Russian books written by a female writer for women.

These three books are totally worth to read! Don’t hesitate to pick it up in the library or in your favorite book stores 🙂