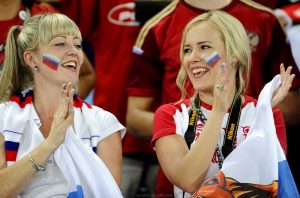 There are so many ways you can impress a local. Here we are speaking specifically about Russian people. What are the things that impress Russian people specifically? Universal things such as kindness and generosity will work well. However, we can also try to impress them by showing mastery in the Russian language. It shows that we want to know more and care about their culture.

Understanding the language does make locals impressed by you easily. But you can’t master a language overnight. Although you can learn easy ways to learn it in a day. How to start impressing locals, like, starting tomorrow? Don’t worry. We prepare a list of exclamations you can learn in a short amount of time.

Exclamations are wonderful because they are the kind of words that are spoken often and usually with a great display of emotion. A sudden remark of excitement will have a greater effect on your conversation partner instead of when you’re saying some boring sentences. Not only that locals will be impressed, but they also will remember you as an exciting person!

So let’s get started!

This exclamation expresses surprise. It has a various translation in English. Basically, it’s what you say when you encounter something that’s absurd and surprising. It’s like saying “Are you kidding me?!” or “Really?!” in English. It also to express discontent. Like exclaiming “Shut up!” in a tone of disbelief.

Another expression of disbelief in the Russian language. You will hear it anywhere in public, such as in the market, public transport, and other public areas.

It translates as “Wow” or “What the hell?” You can clearly see, the speaker of this exclamation has heard some news that’s probably so absurd it’s hard to believe it. So if you find yourself in the same situation, you know what exclamation you can say to impress your Russian friend. You can also learn some slangs words in Russian further.

ну ты вообще! Is an expression when you are disapprovingly surprised at something or someone. For example, your Russian friend thinking about climbing the fence so they don’t have to pay an entrance ticket to a theme park. You respond with ну ты вообще! Which can be translated as “are you nuts?!” or “Are you seriously out of your mind?” because  you legit question their action.

You can guess already in what situation you can practice this word. When your neighbor gives you food. Or when you saw a Russian couple being cute with others. Don’t be sad by the way if you’re single, read this tips for Russian guys to notice you.

Waiting in a line and you start to lose your patience? There’s an exclamation in the Russian language for that. You can say ну сколько можно уже to express your impatience. It means ” How much longer is this going to be over? It’s enough to try my patience!”.

However, try not to do this except you’re with close friends, or else locals will look at you and think you’re annoying for complaining so much. Learn how to say apologize in Russian.

One evening you just hang out with your friends at the university you study in Russia and you heard this shocking news. It turns out your crush finally had a boyfriend! The proper exclamation to respond such situation is да не может быть! (da ne mozhet byt’!) which means, “That can’t happen!”.

Yes, that’s supposed not to happen if only you applied ways to

да ну! (da nu!) is another exclamation expressing surprise but more toned down. It translates as “is that right?” or “really?”. It expresses slight disbelief but often it’s just a simple remark. A simple reaction such as when your Russian friend tells you about something strange she saw on the street that day.

You might get confused by his exclamation because it literally means “yes, no!”. It might seem contradictory but “da nyet” is a response you give when you disagree on something. The “da” is not an affirmation. You can translated as “well” instead of “yes” in English. So, roughly, Da nyet can be translated as “well, no” / “Not at all” / “Nothing of the kind!”

Another expression of surprise you can practice during a conversation. вот те на! can exactly translated as “here are those on “. It might sound strange to you, the rough version of it is “Good Lord”. Basically, it expresses a remark of disbelief.

So those are exclamations you can use to impress your Russian friends. None of the expression on the list is rude or contains swearwords. So you can safely practice them without worrying about saying the wrong things. Try to watch more Russian language movies to expand your vocabulary.