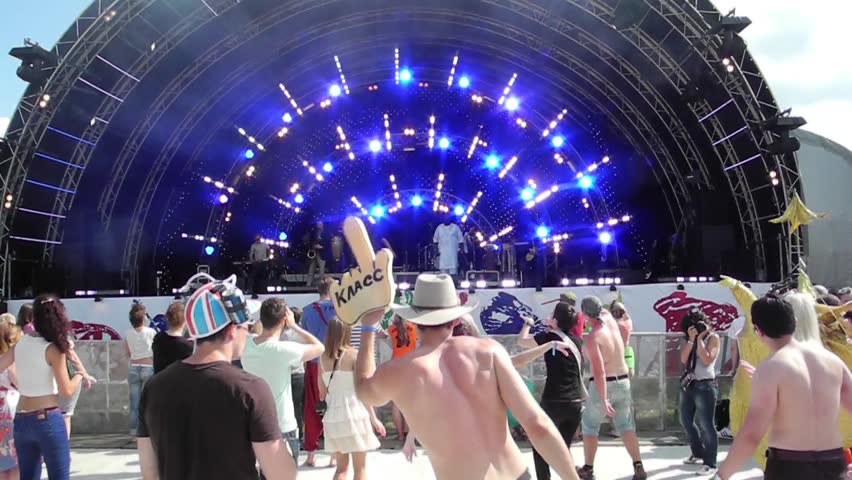 Russia is the largest country in the world that has four seasons in a year. Winter begins in December, January, and February. Spring, very nice season, begins in March, April, and May. Summer begins in June, July, and August. Last but not least, autumn begins in September, October, and November.

For some tourism, Moscow and St. Petersburg are the most popular places in Russia. Visiting some popular places in Moscow like Kremlin monumental, the iconic former Orthodox St. Basil’s Cathedral, Red Square, or the iconic home of Russian ballet Bolshoi Theatre. Visiting the beautiful and iconic St. Pietersburg also is very popular for tourism. Enjoy the deepest metro in the world, the St. Pietersburg metro because it’s famously one of little known facts about St. Petersburg metro.

This festival is one of the largest outdoor music festivals in Russia that will welcome you on June 22th-23th. In this summer 2019, Usadba Jazz Festival will be held at Kolomenskoye Estate. Koloenskoye is located not too far from the city center of Moscow. You can get there using subway, taxi, or hiring a car. If you want to use subway, you can directly go to Kolomenskaya via Novokuznetskaya metro in Line 2, which will spent about 11 minutes from Novokuznetskaya, Moscow.  If you want to use taxi, you can choose a local taxi to go directly to Kolomenskoye, which the distance is about 19.4 km and approximately time is 24 minutes from Moscow. If you want to be more flexible you can rent a car in Moscow.

This grand international music festival will be held in June. The latest festival in 2018 was held in “Open Arena” in Moscow. Maxidorm was local rock band festivals that become hit and popular and later it becomes an international festival in 2011. Spend your money and your time wisely and don’t limit yourself just visiting St. Petersburg or spending your time only googling for the Best Budget Hotels in St. Petersburg For Tourist.

In this festival, you can enjoy the music of the world starts from Balkan melodies, Latin American music, Celtic rhythms, sunny reggae, African rap, and of course Russian melodies. Wild Mint festival will bring the brightest and togetherness of world music. You can enjoy not only music but also cultures and traditions of the world. Wild Mint will be held in Tula region. If you are from St. Pietersburg, spend some time enjoying the beautiful trams in St. Pietersburg-Russia before partying in Tula¸ you can go directly by Train via Uglowka or by the bus via Tushinskaya.

The other largest festival rock music in Russia is Nashetvie Rock Festival that annually held in Tver (about more than 2 hours from St. Pietersburg or 1 hour from Moscow) on the first weekend of July and organized by Nashe Radio station. This festival is participated almost by the most popular rock Russian artists, Ukraine, and Belarus as well. Nashetvie usually uses as free promotion and the bands are not paid for participating.

This large live music festival has been held near Yaroslavl (about more than 3 hours from St. Pietersburg and Moscow). Doborest is an open festival, no VIP sector, two platforms, and up to more than 80 musical bands. Everyone can enjoy this festival because there are sports, gift shops, playgrounds, and thematic stands.

Park Live Festival is located in Moscow which will be held in 12th, 13th, and 14th of July this Year. The headliner including Bring Me the Horizon, Thirty Seconds to Mars, The Prodigy, and so on. The first festival was held in 2013 for three days at the All Russia Exhibition Centre which brought up more than 25,000 visitors.

This festival music is located in Kolomenskoye, Moscow (about 4 hours from St. Pietersburg). This one day open-air music festival was started in 2004 following the combination concept of professional performances of international, local indie musicians, and urban-style entertainment which is attracted about 5,00 visitors. The headliner in this year includes The Cure, Basta, Gruppa Skryptonite, T-Fest, Matra, and so on.

V-ROX Festival is a music and international conference which is dedicated to contemporary culture and music industry management. This festival is held in Vladivostok, Russia. The conference includes discussing promotion of Russian musician on the European market, producer activity, and all the issues related to the matters.

The previous festival was held in 2018 at the Summer Theater of the Central Park of Culture and Leisure for three days. The festival usually held on August as the largest and oldest rock festival in western Russia.

You will need more time to fully enjoy the great and powerful of Russia, not only the panorama of Moscow, how beautiful the architecture of the building, enjoying St. Pietersburg fashion style that makes you curious to try, enjoying the seasons and the modern and traditional atmosphere at the same time, but also you can enjoy traveling to some events that will be held in Russia, which popular musicians will be participating and many visitors will be attracted to come. Especially in the summer, you can join one, two or more events to enjoy and learn music, culture, and meet people around the world.

If you really want to come to Russia, really want to know more about everything in Russia aside from the glorious and the famous places like Moscow and St. Petersburg, but uncomfortable with the cold weather, summer season is the best time for you. You can feel the comfortable of the summer season and enjoy some events at the same time in Russia. So, those are the 9 events not to be missed in Russia during summer.  Hopefully, this article will give you a good recommendation to come to Russia.