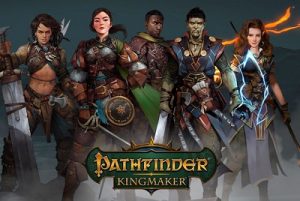 You cannot separate the arts from Russia. Since its first reign as an empire, Russia has flourished its culture in beautiful fine arts, magnificent literary works, epic theatrical plays, films, and music. Aside from that, Russians also have made many digital artworks such as video games since the late Soviet era.

There are dozens of video game titles that have been released by the Russian game developers, and some of them are popular worldwide. Its popularity even rivaled the games made by the American and Japanese game developers.

From all of those games, here are 6 best video games made by Russian developers!

I bet most of you have seen how the Russians drove their vehicles. Now, imagine if you have to drive your own old Soviet-era truck crossing through the beautiful yet rugged terrain of Russian wilderness. With enormous loads, you have to tread carefully over bumpy and muddy roads in order to complete your objectives.

A Russian indie game developer team led by Pavel Zagrebelny are the ones responsible for making this masterpiece of truck simulation games.

This truck driving simulator game will surprise you with huge arrays of Soviet-era trucks and other off-road vehicles. Its graphic is also very beautiful. You can literally see the huge landmass of Russia as you drive your vehicle to your destinations. All kinds of terrains from huge swathes of plains, dense forests, jagged mountains, and roaring rivers are not just some kinds of immersion but also acts as obstacles for you to conquer.

Its gameplay is quite complex. Not only you have to drive your vehicles to a destination point, but you also have to put some tricks to save you and your vehicles from the elements. The unforgiving features this game has to offer will make a single mission take hours to finish.

No matter how good of you at playing this kind of game, you will get stuck in the mud, eventually. This mud feature is by far the best part of the game. You could literally watch the mud deforms realistically as your tires try to tread over it. But don’t worry, in case you got stuck, you can always switch your vehicles in single player, or cooperate with three other players in multiplayer mode.

War Thunder is a game made by a Russian developer team, Gaijin Entertainment. From its initial releases, this game has drawn much attention from gamers worldwide.

By playing this game, you can be the master of the land, ocean and the sky. This game offers you wide options for your playstyle. You can choose different battlegrounds from tank battles, ship warfare, or aerial combat. You can pick various types of Second World War war machines from major factions like the USSR, USA, Germany, the Empire of Japan, and many more!

Not only that, as the game experienced constant updates, you can upgrade your war machines up to the Cold War era models. It is fun to play this game as you progress to become the true ace of arms!

Another similar game to the War Thunder developed by Gaijin Entertainment, this game will give you the fun of mayhem and destruction.

The game itself sets in a post-apocalyptic world after a global catastrophe hits the earth. The surviving humans were forced to scavenge for scraps to make their own war machines, and to continue their lives.

Just like the War Thunder, this game is all about vehicle combat. The best part of this game is that you can customize your own vehicles! You can make it fast, make it sturdy, make it deadly, or you can just pop out random parts and make some weird war machines. The option is (almost) limitless!

This game has various types of gameplay modes, from a standard team arena, team raids, battle royale, story mode, or even a football competition mode!

This RTS (Real-time Strategy) game is very popular at its first release in 2003 and continues to release its next installments up to the third in 2017. Developed by a Russian developer company, Nivel, this game brought you a true test of strategic mastery.

The game campaign is set in the Second World War, and you are free to pick scenarios to play with from the Anglo-American (or Allied force), the Red Army, or the Nazi Germany scenario.

The battlefield itself is quite massive. The first installment of the game involved hundreds of soldiers separated in different squads on each battle. You have to control every squad by your own and put them on strategic locations in order to achieve victory.

In the third installment, you can put your strategic prowess in multiplayer battles with other players from around the globe.

If you’re a huge fan of isometric RPG games like Baldur’s Gate, then you should try to play Pathfinder: Kingmaker. Once you get yourself playing this game, you would feel the sensation of slipping into a pair of old boots.

The game itself is released by a Russian game developer team, Owlcat Games, in September 2018. Even though this game is considered as a new game, it still retains its old primary concepts as an isometric RPG. Classic, entertaining, and has an interesting story.

The story starts inside a palace. You and some other characters are just a bunch of misfits trying to mark their names on a disputed territory called “the Stolen Lands”, and to be its ruler, eventually. As the game progresses, you would experience deeper stories and meet different unique playable characters with interesting skills and backstories.

This game will make you spend tens of hours just to complete its main questline. But despite its long gameplay, you wouldn’t feel bored because this game has many interesting things to offer. Not only mastering its combat technique, but you will also have to decide the fate of your new founded realm in “the Stolen Lands” as its ruler.

Who doesn’t know this game? People of the world will remember this phenomenal game which released in 1985. This puzzle game is developed by a Soviet Russian game designer, Alexey Pajitnov, and has been very popular among the ’80s and ’90s kids.

Tetris has experienced many shifts in gaming platforms since its release. From the Atari computers to the arcades, and then to the Game Boys, and even you can find Tetris games available for today’s modern smartphones. This game is truly a legend of video games!

Those are the 6 best video games made by Russian game developers. Those games are fun to play with, and we suggest you to play them, especially if you are a true gamer.