We all love music and each of us for sure has their favorite singers and songs. Our interest in certain singers is related to the music genre we like the most. The same thing applies to songs. We will find a song easy listening if we like the type of music it is categorized in. Another important thing that makes a song stick in our head is its lyrics. Whether the lyric is inspirational, romantic, or full of happiness, once we feel like we can relate to the song, we are going to play that particular song over and over again.

Many big musician names have many hit songs. A lot of them come from America. There is also a bunch of them who come from European countries. Russia is one of them and the name of the singer is Vitas. 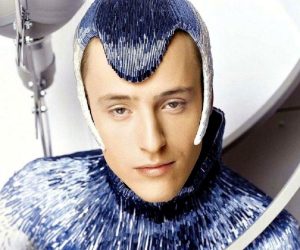 Vitaliy Vladasovich Grachyov, popularly known as Vitas, is a Russian singer with a strong fan base in China. Not only has he a unique falsetto and a strong five-octave vocal range, but he also shows his characters by the stage costumes he designs for himself. His career in music did not happen overnight. He already showed interest in art and music ever since he was still very young. To get a strong foundation in the field of art, he then joined an art school and spent his teenager’s year joining and appearing in many theatrical productions. Vitas has gained international recognition. His experience in singing with an entertainment label as big as the Universal spreads his music to China and Taiwan.

He even caught the attention of Lucio Dalla, an Italian musician. He invited Vitas to perform “Caruso”, a platinum-certified single dedicated to an Italian tenor namely Enrico Caruso, in the composer’s concert in the State Kremlin Palace. Later, Dalla sent Vitas another invitation. He asked him to join the rehearsals of Puccini’s modern version of opera called “Toska”.

Just like any other singers, Vitas, with internationally known career, also has many great songs. Here are the best songs of Vitas, the most favorite Russian singer in China.

Through this song, Vitas show his singing ability. People can hear his falsetto, which is one of his trademarks when they listen to this song. Vitas released the video of The 7th Element in 2001. It did not get recognition from the international audience until someone posted the video in a social network in 2015.  The video, where Vitas performed his notably “turkey call”, was uploaded to Youtube and has been viewed by more than 20 million viewers ever since. What makes this story interesting is the fact that The 7th Element was popular in China even before the video went viral. It is safe to say that China people are big fans of Vitas!

Vitas’ popularity continues. Even two years after The 7th Element was posted in a famous social network, many content creators made many creative versions of this song. One creator made a remix of it with a DJ and another one made a mash-up of this hit song with a viral rapper called Big Shaq. There is even a creator that made a fluted cover of The 7th Element! Fascinating right?

One of the best songs of Vitas, most favorite Russian singer in China, is Opera #2. He released this song in 2000 and caught the attention of Russians. He displays his strong and energetic vocals, as well as his ability in singing in high pitch. Just like his unique performance in The 7th Element’s music video, he also shows his creativity and flamboyant side in Opera #2’s music video.  When you watch the video, you will see him portraying a peculiar lonely man who has fish gills and lives in a bathtub along with a jar of fish. To make it even more eccentric, the lonely man is playing the accordion while being naked.

Just like The 7th Element, Vitas’ hit song, Opera #2 is also popular in China. China people’s love towards this song started when Vitas was invited by the China Central Television to perform in the grand event “The Year of Russia in China” which took place in Beijing. He took part in the event and sand Opera #2. Not only that that particular moment was helping Opera #2 to get wider recognition but also helping Vitas to be even more popular.

This song is objectively one of Vitas’ best song. This is backed up by the many achievements awarded to Vitas because of this song. Right after he published Opera #2, this song was recognized as the best selling single. Vitas did not only get the achievement once but three times. He got this award three years in a row starting in 2001.

At the same year, Vitas was also awarded for his creativity represented by Opera #2 and had the award of Two-Time-Laureate Of The People Prize. He received the same award in 2002. “The best selling single” is not the only achievement he got three years in a row. He also earned Russian “People’s Hit” Prize for Opera #2 from 2001 until 2003.

Vitas’ achievements also reach the international level. In 2011, he brought Opera #2 to compete in an international songwriters contest and won. At the same time, he was also noticed for the hit song’s music video. For his uniqueness and art in his music video, he took the 3rd place’s prize home. As if all of that achievements are not enough, still in 2011, Vitas’ Opera #2 won the second place in People’s Choice vote.

Now we know 2 best songs of Vitas, the most favorite Russian singer in China. Those two songs are worth to listen to! Remember to also watch his music video and you will see how talented Vitas is, as a musician and a person.