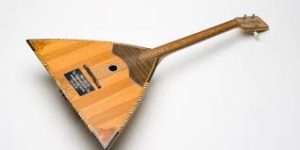 Music is the key of life, some people has this opinion until now. No doubt that we have to listening to music every day. But that’s not about pure music we’re talking about right now. Music is the part of the culture too. Why? Because the music we’re talking about is the music that were part of the civilization or some sort of culture revolution. Every country in this world has their own music and culture. And also, they have their own style in a unique way. Apart from music, the music itself can’t be assembled without the instrument.

Balalaika, the Russian three-string guitar, this is the instrument that the part of music culture in Russia. In 1500’s most of the people in Russia always playing music as the act of rebellion. Many things were happen back there. People were choosing their own expression in many ways. As an example, we used to know that circus was hotly debated in Russia as mentioned in the History of Russian Circus.

What is Balalaika ? Get to know it’s history

Balalaika, is the instrument that played by hands. “Bala” was taken from Mongolian word and the Russian word “Balakatj” that means “chat”. It was used to know as “domra”. Normally, most people know it were “domra” that like sort of modified. But, it was not. Russian never know why it was called Balalaika. It was used to play by the servants, peasants, or slaves. Because the balalaika was like a symbol of working class. But it can be sure how this is become so popular in the country. In the 1700’s that was people were called “skomorokhi”.

They are like kind of artist or performer in the era. They could sing, dance, and also music instrument. They playing balalaika as the part of their performance, the folk music is their musical identity. But, many people didn’t like them because of their appearance. When they perform, they usually are in a costume. Many said they are the devil servants or maybe they are the part of folktale of witchcraft. Whenever they start to performing the authorities always stopped them and throw them into the cells. Some of them are success escape, but some of the are captured, throwed to the jail even death sentence.

The skomorokhi popular instrument was balalaika, usually they perform at the wedding ceremony, birthday party, gathering event, etc. There are both triangular and round balalaikas. But now we just knowing them with the triangular shaped. It usually has three strings and equipped with five flexible bands. And made from soft wood, because it is the best material for balalaika. It comes in five size, the contra-bass, the bass, secunda, prima and piccolo. Just like guitar they have melody and rhythm. Vasili Andreev, a young Russian landowner. A master that change the touch of Balalaika. On the way to his own estate, he heard a melody from somewhere.

He looks around and he found that his servant playing with it. He likes the way it sounds, so from there he made himself a balalaika. He learned to play it and studied about it seriously. Time after time he improve everything in that instrument, because so many side of this instrument needs improvement.

At 1886, his first performance became so sentimental, many people were surprised and word spreads fast. After that he made a family of balalaikas in different size. He makes so much popularity in public. But, he wants something more. This is because balalaikas are taken from people, he want it given back to people. Many said, he was teach many soldier that come from war. He taught them how to play with it, then they can make their own balalaikas and bring it to their hometown or village. And there was saying this is the way of balalaikas spread out to all over Russia.

From there, the balalaikas are transformed into more and more elegant, most of the balalaikas are used in big orchestra nowadays. We can’t deny so much revolution in cultural if the people keep invented the new way of performing art and culture from what they wanted to express. Until 1900’s the balalaikas are popular that what the Russian expected. Many immigrants from any country loved playing the folk songs using balalaikas.

This has been used by the Russian Government as the part of increasing revolutionary spirit in the country. Many of the Russian are in crisis during the transition era changing from the Soviet era. This is become a powerful thing to gather the nation using the music. People were gather as a nation if they given the music as a peace terms. Until the end of 20th century so many orchestra were held in different place such as, France, Germany, England and USA. This is become some social campaign to the Russian people who lived outside the country and soldier that came from war in that place.

Then Andreev invented a symphony orchestra that suites for young people. As the part of approaching more interest in audience of young people. Until now the Russian folk music begin to fading away from the people itself. The interest of Russian people starts decreasing day to day. Even the professional balalaikas player are just a few. They must grow the culture so the music will not fading away from them. Culture are the part of the civilization, that can make people increase their nationalism. They might be disappeared, we never know when, but it is starting right now. How long will be their culture can last any longer. It’s up to them how they want to keep their culture. Is it going to extinct and they will just be written in the museum like others instrument they used to know?