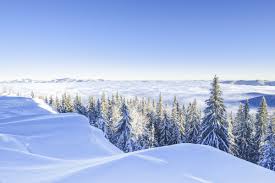 Russia is a place where many discovery topics can be discussed. In this post, we will be focusing on Northern Russia, which is one of the largest part of Russia. It is mainly located along the Arctic Circle and it is rich with its natural resources. Northern Russia covered about 5,500,000 square kilometres and it has eat up one-third of Russia. Northern Russia are very well known for its harsh climate. Furthermore, the cold winters can reach up to -30°C accompanied with heavy snowfall.

Around 1,700 species of different kinds of plants can be found living in Arctic tundra. Typical soil that laid upon tundra a layer of soil that thaws and refreezes each year. This layer of soil are knows as active soil. Plants will make use during the thawing time to make their deepen shallow roots. However, cold climate and short growing term prevent tree to extend its growth. We are very interested to know what kind of plants are actually found in this unique northern Russia. Let’s check out below on the top 6 of plants that grows in Tundra of Northern Russia that we never explore of. 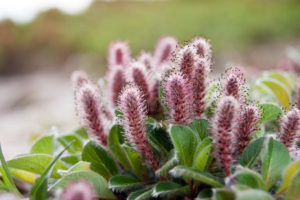 Arctic Willow are from the dwarf shrub family. In addition in is in a group of low-growing shrub which grows on frozen flat on the ground. It is also target food for musk oxen, arctic hares or caribou.

Arctic Willow has leaves that shaped like tongues so generally people recognized them by this features. It has color of green and glossy on the upperside of its leaves.  Furthermore it has pale green-grey color combination on the underside.

In addition this willow is has wide range of appearance and size with its leaf shape. Arctic Willow’s stems appears to be glossy between yellow-brown-red in color and slowly turned into browner when it mature.

The next one is Lichens which can grow in the snow-laid ground across icy northern Russia. Lichens are the important source of food for animals like caribou during winter season. Lichens can come in many different kinds of forms, sizes and even colors. 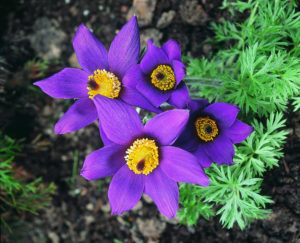 The next exclusive plant known as Pasque Flower (known also as Pulsatilla) also can be found in tundra northern Russia. It has this unique features of fine silky hairs to help in insulation.

Several species of Pasque Flower are valued as ornamentals as it leaves are appeared in unique shape. Although the look of this flowers are fascinating but Pulsatilla family of flowers are known to be highly toxicity.

It can produce toxin that will do harm and slow in the human heart. However, it has also a use in medicine by the native. Some used it for medicine for abortions or childbirth.

The next plant is Purple Saxifrage. The ideal place of this plant habitat is low and tight clump area. It is difficult to grow them in warm climates that is one of the reason that makes tundra a nicer place with this plants. It is a common plant in the high mountainous areas around northern Russia. Its features made them unique in surviving cold temperate in the Tundra. It has a beautiful petals of purple and star-shaped flower. Not only that, Sometimes it can be seen above the ground of melting now decorating a picturesque landscape. 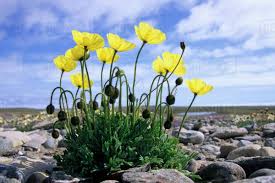 The appearance of  Arctic Poppy is approximately 10 to 15 cm tall. Each stem will produce a single flower. It has the same feature like a sunflower where the head of the flower will follow the sun. Its cup-shaped petals functioned as a sun absorbent.

Not only that, with its surviving skill that made through the harsh climate, its flower produce four vibrant yellow color petals. In addition, its stem have a wide spread of black hairs. Arctic Poppy are generally a low-growing plant where survive the winter without withering.

Similar with its name, Cottongrass (known for Eriophorum) have the appearance of white and fluffy tufts on end of its stem. Geese and caribou normally feast on these plants when migrating on the snow. Furthermore, they can be found throughout the wide spread of arctic tundra in northern Russia. These plants are slender looking and grass-like leaves. From its bearing, it can be produce as paper or even the wicks of candles. With the same cotton, pillows or stuffed animals can be also produce from Cottongrass. In addition, For more of other educational post on Russia’s unique discoveries, please head to these postings below: